How to make your adobo and ‘liempo’ Imeldifique | Inquirer Lifestyle ❮ ❯ 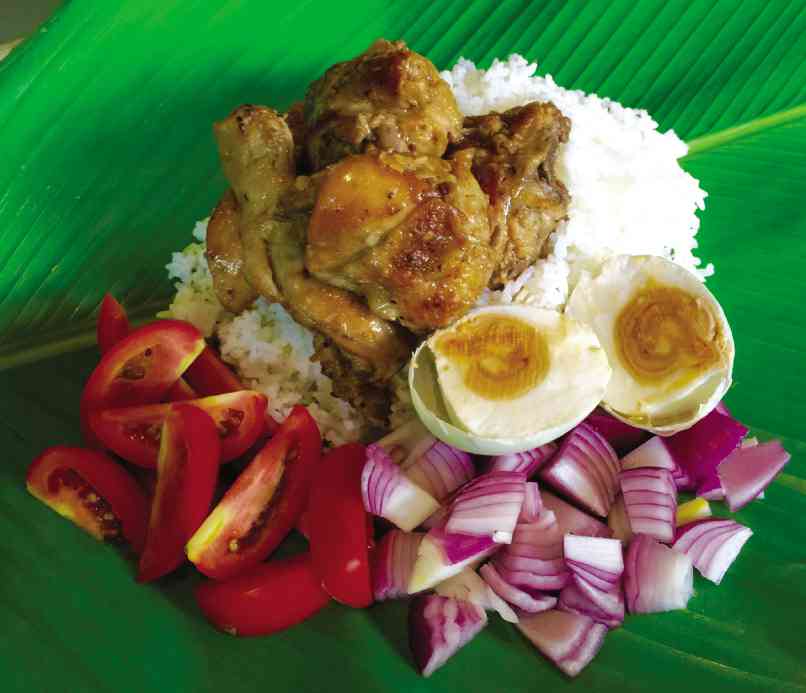 How to make your adobo and ‘liempo’ Imeldifique

Under the canny leadership of Olivia Limpe-Aw, president of Destileria Limtuaco, the country’s oldest distillery has launched products that are truly world-class.

Through her efforts to highlight local produce, the country can now showcase these wonderful drinks to the international market.

The Manille Liqueurs are my favorite. The products are so versatile that they can be enjoyed on the rocks or added to juices and other spirits to make a delightful cocktail.

The liqueurs keep their character when used for cooking. I love splashing them generously on Oriental stews to make the dishes a bit sweet and fruity.

The Calamansi variant does wonders to pork and chicken barbecue, making it zestier and more alive.

To a kilo of meat, I would add about 1/3 cup of Manille Calamansi. Adjust salt, sugar and pepper accordingly. Remember to taste the marinade. If your marinade is balanced and delicious, the barbecue will turn out fine as well.

The Dalandan I particularly love to use with duck, as an addition to its marinade or to add to its sauce.

When serving fresh fruits in syrup, try to spike your simple syrup with either one of the two Manilles. It makes the fruit sparkle in your mouth, making it even fruitier. Add as much as you wish. Go by taste.

Destileria’s Triple Sec is an excellent substitute to the imported orange liquor brand I used to buy. Great savings without sacrificing quality or taste.

I love how delicious my kitchen smells every time I cook with it. The aroma alone makes me hungry!

Imeldifique Cooking Wine was produced in collaboration with the Ilocos Norte local government. Gov. Imee Marcos approached Olivia and asked if she would consider producing a product for Ilocos Norte, as Limpe-Aw did for the basi (Philippine sugarcane wine) of Ilocos Sur.

Limpe-Aw came up with cooking wine using sorghum spirit which is endemic to the region. Sorghum is also distilled into what is known in China as baijiu (kaoliang jiu in Taiwan).

She infused the spirit with native garlic, onions and salt to “get our Philippine ginisa or the sauté flavor that we love.” All ingredients used to make this cooking wine are from Ilocos Norte.

When I first got hold of the product, I immediately wanted to test it on two dishes, adobo and inihaw na liempo. The familiarity of these two will surely put the wine to the test.

For chicken adobo, I chopped four chicken thigh quarters each into three pieces. The chicken was then marinated for an hour in 2 teaspoons salt, 1½ teaspoons of cracked peppercorn, 1/3 cup Imeldifique Cooking Wine, 3 tablespoons of pounded garlic and 1 bay leaf.

In a hot pan, 2 tbsp of oil were drizzled and the chicken pieces were browned. A splash (about 3 tbsp) of basi was added, then 3 tbsp of sukang Iloco.

Instead of water, more Imeldifique wine (roughly a ½ to ¾ cup) was added to cook the chicken.

The adobo was covered, simmered over low heat, until the meat was tender and the sauce lightly laced with oil extracted from the chicken.

I am a huge adobo fan; this time, the smell alone was tempting enough. The adobo was so flavorful.

The caramel color from the basi was lovely. You will also detect a depth in taste from the basi, a pronounced deliciousness, an aromatic, tasty dimension from the cooking wine.

While marinating the chicken, I also marinated a few strips of pork belly, sliced ½-inch thick.

It was devoid of frills; I simply added salt, pepper and a tablespoon of Imeldifique to every strip of pork.

The liempo was grilled and, once more, the cooking wine proved to be a welcome enhancer to the overall taste and character of the grilled meat. Flavorful, aromatic, tasty—and, from my observation, Imeldifique seemed to have also tenderized the meat.

The wine works well with fish, too. A generous pouring not only gives the fish added flavor but also eliminates fish smell.

When cooking leafy vegetables in garlic, with a little onion, baby shrimp and pork strips, give a splash of Imeldifique to enhance the flavors. A drizzle of it does wonders.

When baking prawns, meanwhile, butterfly the prawns and brush with butter, salt and pepper. Spoon a little of the Imeldifique over the prawns. Bake in a preheated oven for 7-8 minutes, depending on the size of the prawns. Do not overbake.

To make the sauce: Melt 1/3 cup of butter and add 3 tbsp of garlic pounded and chopped. Cook until almost brown but do not brown. Add 2-3 tbsp of Imeldifique and 2 tsp chopped parsley. Season to taste with salt, pepper.

Imeldifique is a product that allows the homemaker to cook simple fare with a bit more flair.