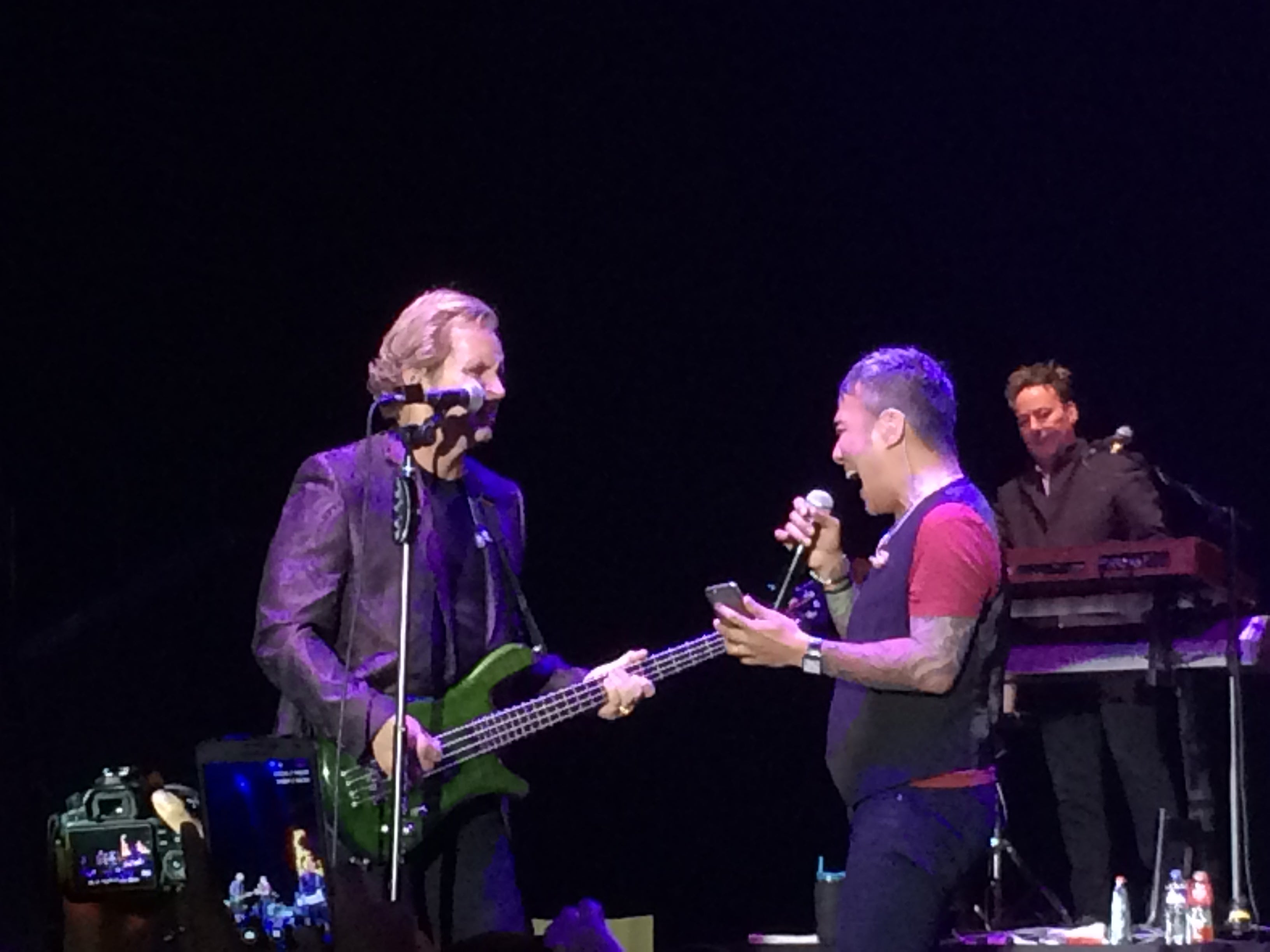 American band Chicago still has the chops, more than 40 years after its inception.

The group’s signature brassy sound, played by its original three-member horn section, blasted with life and energy at its one-night concert Jan. 20 at Smart Araneta Coliseum. James Pankow (trombone), Walter Parazaider (woodwinds), and Lee Loughnane (trumpet) did not need music sheets to recreate the jazz and classical arrangements they brought into Chicago’s music—they knew everything by heart, as Pankow teased the crowd with his theatrical dance moves throughout the show.

Much has happened to Chicago amid its long, successful career that boasts more than 100 million records sold: the accidental death of Terry Kath (guitar, vocals) in 1978, and the departure of Peter Cetera (bass, vocals) who went solo in 1985—both incidents even strengthening the band’s resolve to carry on and keep making music.

And while majority in the audience at the Big Dome concert probably felt ambiguous upon hearing a new song from the band’s latest album, “Chicago XXXVI: Now” (2014)—sung by bassist Jason Scheff, Cetera’s replacement—it didn’t feel like just another oldies gig at all.

The crowd howled in excitement over the hits—especially the Grammy-winning “If You Leave Me Now,”the pensive “Colour My World” (part of a 13-minute suite titled “Ballet for a Girl in Buchannon”), and the jaunty “Does Anybody Really Know What Time It Is”—but it was when Lamm called Arnel Pineda to join the band onstage that the fun doubled.

Journey’s diminutive Filipino lead singer exuded a towering presence as he shared vocal chores on “You’re the Inspiration” (from 1984’s “Chicago 17”); later he went back onstage to jam on “25 or 6 to 4”).

It was quite a long show, divided into two parts, and marked by an extended encore which included the bouncy “Saturday in the Park”—a perfect ender that finally got everyone dancing.

It was a nice way to soothe one’s nerves on a Wednesday night. TVJ
RELATED STORY

In Photos: Chicago shows why Pinoys are addicted to them; they’re a hard habit to break