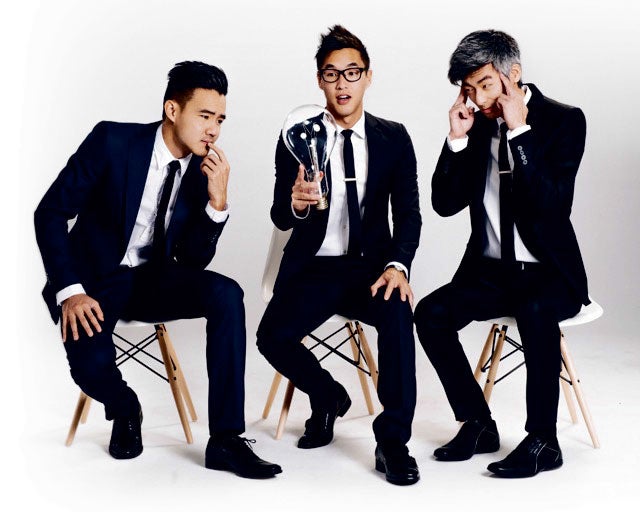 There’s a huge chance that you’ve already watched their short films going around the Web—and have probably shed a tear or two over them—but these YouTube filmmakers still have more hugot to give when they bring their new full-length movie to Manila soon.

Wong Fu Productions, known for producing high-quality shorts, music videos and “vlogs” on YouTube since 2003, will be coming back to the Philippines on Feb. 5 for the premiere of the romantic drama film “Everything Before Us” at Kia Theatre, Quezon City.

“Everything Before Us” was initially crowdfunded by Wong Fu through the Indiegogo platform, where they raised $350,000 from over 6,500 donors in the span of a month. The film is now released worldwide and currently on its Asia tour.

The filmmaking group, founded by Chan, Wang and Ted Fu, has over two million subscribers on YouTube. Some of their famous shorts that have gone viral online are “Strangers Again,” “The Last,” “After Us” and “She Has a Boyfriend.”

They have also collaborated with other Internet sensations like Ryan Higa, David Choi, Ki Hong Lee, Kevjumba and D-Trix.

Aside from the chance to see “Everything Before Us” on the big screen, Manila viewers will also get a chance to meet and greet the group for Q&A at the pizza after-party.

General-admission tickets are priced at P1,338. The first 500 General admission + Selfie Bonus tickets are at P1,605. The VIP Pizza Party ticket, which includes an exclusive meet-and-greet and pizza party with Wong Fu Productions prior to the premiere, are priced at P 3,745. This event is presented by Karpos Multimedia. Visit www.karposmultimedia.com.