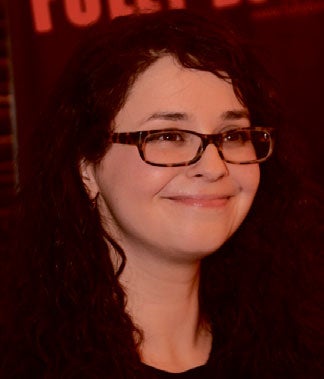 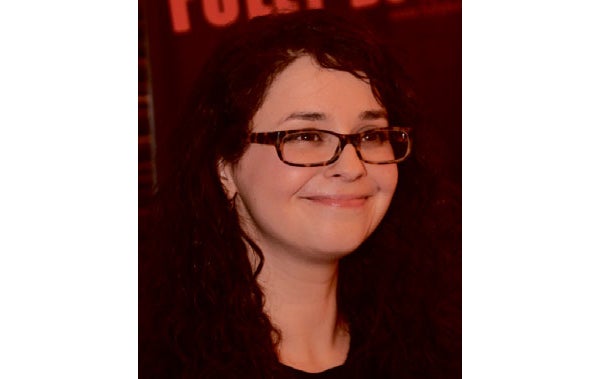 Author Michelle Hodkin (The “Mara Dyer” trilogy) used to spend her days handling lawsuits of victims of terrorist attacks, until an idea “took her hostage,” she says.

“I was working on the 9/11 lawsuits, and a case, Almog v. Arab Bank; my firm was representing Israelis and Americans who were victims of suicide bombings and other terrorist attacks in their suit against Arab Bank for funding Hamas and other terrorist organizations. The case just went to trial [recently] and the clients won.

“I was inspired to write something. I’ve never written anything before this first book (‘The Unbecoming of Mara Dyer’). It was completely unlike me— I was always a practical kid and adult, too, but once I hit 20,000 words, which was a week after I started writing, I knew that I couldn’t do both, and the idea just took me hostage, so I left the firm.”

“Looking back at it, it was crazy!” she adds. “Of course, I’m happy beyond belief; I don’t know what possessed me to think that it would’ve worked out, but I’m very lucky it did.”

The author, who was brought here by Fully Booked, seems to have found her calling at last. The Mara Dyer trilogy does not seem like the work of a fledgling novelist; Hodkin’s characters are fully fleshed out, and her stories so captivating that you’ll find yourself immersed in Mara Dyer’s “Unbecoming,” and you won’t come up for air until after her “Evolution.”

The whole process from conception to publication seems like a fairytale the way Hodkin tells it.

“It wasn’t like I was always thinking of stories in my head, it was really just a very particular idea. It was sort of loosely inspired by some events that happened to a girl I became aware of. I tried to get in touch with her mom, but the phone number was disconnected. I tried to look them up on Google, and there was no record of this family anywhere and I just had an idea. I started writing when I was in New York for my brother’s college graduation. I started writing on the plane ride home that night, and through the night I had 5,000 words. By the next week I had 20,000 and just kept doing it.”

She adds, “It was wild, but by that point, once you get the rough draft out of your system—it was such a euphoric process, it poured out of me— the real work had to start, which was revising it and making it good because the rough draft was terrible, that’s how rough drafts are. But once I was putting in the work, I knew I was going to try and get published.

“It was still shocking how quickly it happened and the fact that I’d gotten an agent without officially querying. The book sold a couple of weeks later. I started May 14th, 2009; I got an agent 10 months to the day, and it sold May 25th 2010. It had gone to auction the week before it sold. There were different publishers bidding on it and stuff.”

Perhaps she really wasn’t meant for law, because Hodkin says she wasn’t entrenched in the firm culture enough for her to share her great news with them.

“I was really good friends with one other attorney at the firm, and she was really sweet, but honestly, the other attorneys, we weren’t that close. I think part of that was because I was the only Jewish attorney at this large Southern law firm. There weren’t a lot of women. I was certainly the youngest at the time, so I wasn’t really kind of part of firm culture.”

She doesn’t seem to be eager to jump back into the fictional world of law, too, as most lawyers turned novelists are wont to do.

“I’ll never say never to anything, because if you had asked me five years ago if I’d ever write a book, I would’ve said no. At this point I know better than to say that. I’ve got three different things that I’m bouncing between right now and they’re all projects for young adults (YA). I love writing for teens, I love writing YA novels,” says Hodkin.

She adds, “I love my audience. It’s a different feeling, and it means so much to me when young people come up and say that something I wrote felt true to them in some way. I know the books I loved when I was a teenager became part of me. Everything you read becomes part of you, especially when you’re at that age. I’m tearing up just thinking about it, to know that your books have a place in their lives, it’s just this connection that I would never really give up.”

Because YA as a genre was not as expansive as it is now, Hodkin recounts how she had to jump fairly quickly from R.L. Stine to Stephen King as a kid, which probably explains her love for the dark and macabre.

While Mara Dyer’s story is a supernatural one, Hodkin did extensive research on the psychological aspects of it, going so far as to discuss her characters with her sister-in-law who is a clinical psychologist.

“All of my characters have supernatural abilities and I wanted other people to explain what they were saying away, because I thought, in the real world, if you’re a teenager and you tell your parents that your boyfriend’s a vampire, they’re going to have you committed. So I wanted Mara to tell the adults in her world the truth about what was going on, and why they wouldn’t believe her. Because she’s unreliable, she’s struggling with other things, she suffers from anxiety and depression and PTSD, but there is something supernatural, too, so she’s an unreliable narrator who happens to be telling the truth.

“My sister helped me diagnose the teens,” says Hodkin. She even had a pharmacist friend go so far as to make sure the antipsychotic drugs Mara was taking were as accurate as possible.

There was a disturbing animal death that Hodkin had written into the story, and we had to ask her about it, given her deep love for her pets.

“That one wasn’t so hard because there was no attachment to the cat. It would’ve been horrifying to see it in real life, but as a fictional thing, it wasn’t such a big deal. But what would’ve been horrible, and what I would never have done—and I can firmly say, never will I write a story in which a dog or a cat is part of the story and then kill them off. I would never. Like with Mabel (the pitbull in the novel), people were like, ‘What’ll happen to Mabel?’ And I was like, ‘Mabel’s safe.’ Everybody else in the book may die, but the dog will be safe— she’ll be the last one standing.”

According to Hodkin, Mabel the fictional pitbull was inspired by a real dog she had met.

“I used to do animal rescue for three years and she was inspired by a pitbull who was in this shelter, it was a really sad story.”

Hodkin made an exception for her Philippine visit because she had really wanted to meet her fans here, but she has been keeping touring to a minimum because of her pets.

“My dog Sabrina was a rescue from the French Bulldog Rescue Network. She’d been given up because her owners bought her from this puppy mill to breed with their male dog, not realizing that French Bulldogs don’t really mate on their own, and so they gave her up, having thought, ‘Oh, she must be ugly, that’s why our dog doesn’t like her,’ and so, their loss, my gain. She is so sweet and so amazing. I’ve got a cat, Vincent, whom I inherited from a previous relationship. He was rescued in 1996, and I met Vincent in 1999. He was already an adult cat in ’96, he’s at least 19 now, and he’s just the craziest, awesomest cat. He sleeps on my pillow every night, and he just hangs out in my room. He’s like a baby, I’ll tweet pictures of him periodically in weird positions. And Gabby (another cat) was a gift from someone else to me. They’re all wonderful, but of course they’re getting older so they’re getting sick these days, that’s why I haven’t really toured much, but I couldn’t say no to this opportunity to come to the Philippines. They’re being taken care of at the house by one of their veterinarians,” she says.

She is currently working on several projects (none related to Mara Dyer or any of the characters), and she can’t wait to show her readers what she’s been up to. And while she fell into writing by accident (or by fate), Hodkin says she’s in it for the long haul.

“There’s always this panic, this terror every time I start something new. Maybe the first time was a fluke, maybe the first three times were a fluke, so I still have that. I want to do it forever, I feel like this is what I was meant to be doing.”