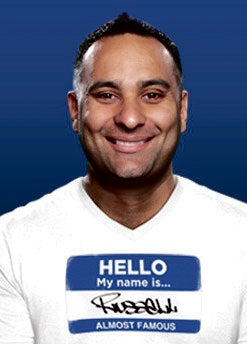 Manila, are you ready for Russell Peters? 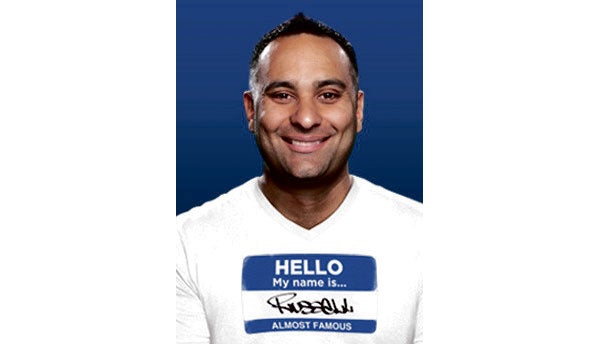 One of our favorite ways to endure bad traffic is to watch stand-up comics and their sketches on YouTube. Our go-to comedians are Gabriel Iglesias, Anjelah Johnson, Amy Schumer, Jo Koy and Russell Peters.

In today’s hypersensitive, politically correct world, comics like Peters, who makes a killing by parodying various racial stereotypes, are becoming rare (unless you’re in the Philippines, home of the perpetual alaskador).

Perhaps that’s why we love Russell Peters so much; there’s something about his humor that reminds us of the tito or tita who love telling culturally inappropriate jokes, except they don’t sell out big venues, end up on Forbes’ Top 10 highest earning comics list, or drive a Bentley.

Russell Peters does, and he’s coming back to Manila in February—we were so excited, we bought our tickets as early as December.

Manila will be one of the stops for Peters’ “Almost Famous” tour, a title that makes fun of the fact that while he is one of the most profitable comics worldwide (he has an estimated net worth of $40 million), Peters has not completely broken into the hallowed ground that is Hollywood. (You may recognize him, though, as the scene-stealing, camwhoring cop from Jon Favreau’s “Chef.”)

Unlike most comics who require a watching of several shows for you to love them, all it takes is one clip—any clip—of Peters to turn you into an instant fan. But don’t take our word for it; watch for yourself.

Here are our favorite Russell Peters clips/videos/shows that you should see before catching him live on Feb. 22 at Kia Theatre.

This comedy special produced by Netflix has some of Peters’ funniest bits; our favorite one is the “Amarillo/Jello” spiel. Once you’re done with this video, click on:

2) “Russell Peters vs the World” (Netflix)

This four-part documentary takes us behind the scenes with Peters and his crew preparing for the “Notorious” show.

As we mentioned before, Peters is a no-holds-barred comedian who leaves no racial stereotype unexploited. While we Pinoys are fond of dishing it out, some of us are not so thrilled when we’re the target of the punch lines. Peters performed in Manila before in 2008. One of his lines about the Philippines from this clip:

In “Russell Peters vs the World,” his mom mentioned that back in Canada, Peters hangs out with some Filipino friends, too, which is why he is probably aware of the words “p***ngina” and “bumbay.”

The one where he catalogs different kinds of Asians and culture-specific quirks.

Someone uploaded Peters’ full “Green Card” performance—watch it before it gets taken down.

Russell Peters Almost Famous World Tour, presented by Midas Productions, will be on Feb. 22, 2016, 8 p.m., at Kia Theatre. Buy your tickets online at ticketnet.com.ph or by calling tel. 9115555.