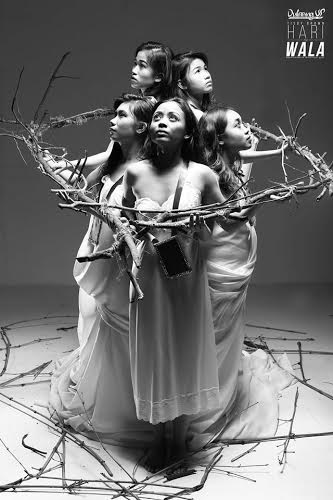 Neil Ryan Sese and Paolo O’Hara alternate in the lead role of Tisoy Brown, an Amerasian in 1980s Olongapo discovering and reinventing his identity. Directing the play is José Estrella.

“Tisoy Brown” is an adaptation by Rody Vera of Henrik Ibsen’s “Peer Gynt.”

Not many Filipinos beyond the halls of academe may know the 19th-century Norwegian playwright and poet Henrik Ibsen, who has been called the “father of realism” in theater and author of “Peer Gynt”—a five-act play in verse that explores Norwegian national identity through the lifelong travails of a boastful, deceitful, philandering, thieving and slave-trading protagonist who can’t seem to keep a decent job or an honest relationship. In short, an antihero that’s hard to love, but a compelling character nonetheless.

“Peer Gynt” has a story populated with characters who are portrayed unsentimentally; it also includes supernatural trolls, Death itself, and other elements of Scandinavian folklore. The story is so lengthy that it is sometimes performed in two parts on different dates.

Most audiences may not know by name Ibsen’s protagonist Peer Gynt, but they will find his story vaguely familiar. The rambling tale, after all, of a man’s life story where audiences cannot tell the difference between fanciful exaggeration and truth has been the template for many of today’s most beloved stories: “Forrest Gump,” the novel by Winston Groom, transformed into cinema by Robert Zemeckis starring Tom Hanks; “Big Fish,” the novel by Daniel Wallace, made into a film by Tim Burton starring Ewan McGregor; and “The Curious Case of Benjamin Button,” F. Scott Fitzgerald’s short story that became a movie by David Fincher starring Brad Pitt, to name a few.

“Peer Gynt” may be the story you’ve always loved, but never heard of.

Transform the Norwegian protagonist into an Amerasian boy born of a Filipino mother from Olongapo and a United States serviceman stationed in the Subic military base during the ’80s; Nordic trolls into indigenous kapre dealing in drugs; and slave traders in Morocco into overseas Filipino workers serving as drug mules, and, in Vera’s vision, “Peer Gynt” becomes “Tisoy Brown: Hari ng Wala.”

Peer Gynt’s endless reinventions of himself echo the Filipino search for identity, says Vera. “In almost every episode of his life, he assumes a new identity… until he comes to that very famous scene of him peeling an onion, and realizing that each layer of the onion is a new identity, and that there is no core. The layers are the onion.”

But if the setting may seem topical or political, Vera says the play prompts bigger questions. “It’s not simple to be a Filipino. That’s what Ibsen also felt about being Norwegian. He hated Norway, which was why he left. He castigated the ultranationalists, but the way he presents his views, they can be really bawdy and funny.”

This marks the second time Dulaang UP is staging an adaptation of “Peer Gynt.” The first was in 1983, directed by Tony Mabesa and starring Roderick Paulate in the titular role.