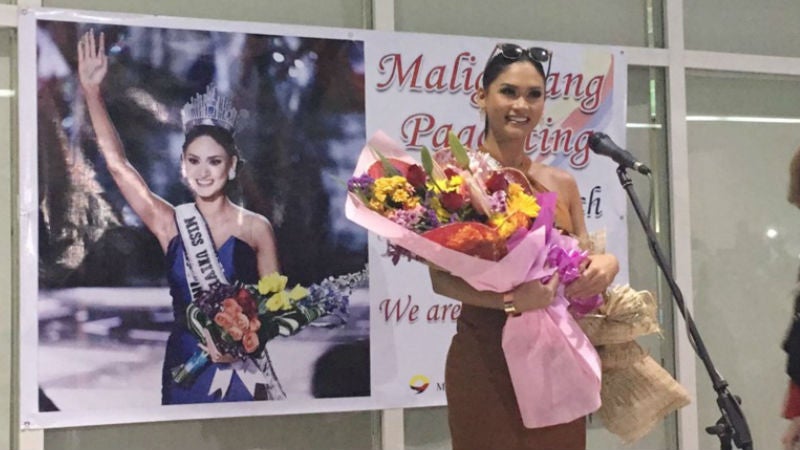 The queen is home: Pia Wurtzbach returns to PH

The “most beautiful woman in the universe” is back on Philippine soil where she truly belongs.

More than a month after her much celebrated win, reigning Miss Universe Pia Alonzo-Wurtzbach was finally home as she returned to Manila from New York early Saturday morning.

Upon arrival, the Filipino titleholder faced the media and gave a short message, saying that she was not able to sleep last night due to excitement.

“I was so excited I wasn’t able to sleep last night. And every time I think about my trip back here, I tear up a little bit because I feel like it has been so long and I have so many things to share,” Wurtzbach said.

(I am so happy that I am now here in the Philippines. It seems like I am about to compete again.)

Wurtzbach said she was looking forward to share and elaborate her experiences as Miss Universe in a press conference tomorrow at Novotel Hotel in Araneta Center, Quezon City.

“I don’t want to reveal too much because I’m saving all my stories and experiences for the press conference tomorrow so I hope you can attend,” she told the media.

She has no scheduled activities for the day.

Wurtzbach will kick off a grand homecoming parade on Monday, Jan. 25, which will start at 2 p.m. at Hotel Sofitel and will traverse various roads in the metropolis.
READ: Metro hosts big parade for Pia

According to Metropolitan Manila Development Authority, among the roads and establishments that will be affected by the beauty queen’s parade include Hotel Sofitel to V. Sotto and Jalandoni, Bukaneg, Roxas Boulevard, Padre Burgos, N. Lopez, A. Villegas to Taft Avenue, Quirino Avenue, Buendia and Ayala Avenues, the Makati Fire Station, Rustan’s Makati, and Novo Hotel along Edsa.

Wurtzbach will also have a homecoming show at the Araneta Center in Cubao, Quezon City.

She will stay in the country until Jan. 31 for a series of activities, including charity events and her expected but still unconfirmed attendance to the wedding of her best friend Pauleen Luna and Vic Sotto.
READ: Pia Wurtzbach a bridesmaid in Vic Sotto-Pauleen Luna wedding 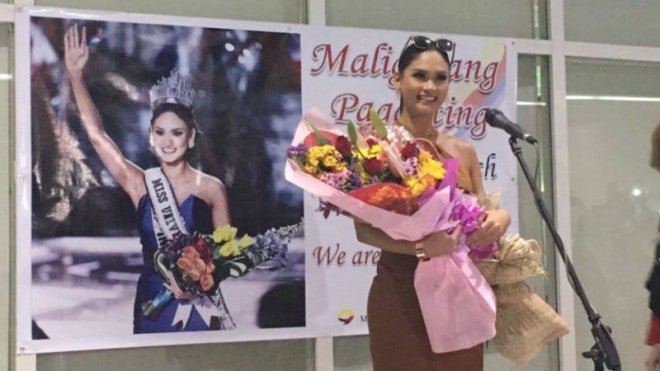 Wurtzbach was also scheduled to pay a courtesy call on President Benigno Aquino III at Malacañang, senators, congressmen at the House of Representatives and Metro Manila mayors. TVJ