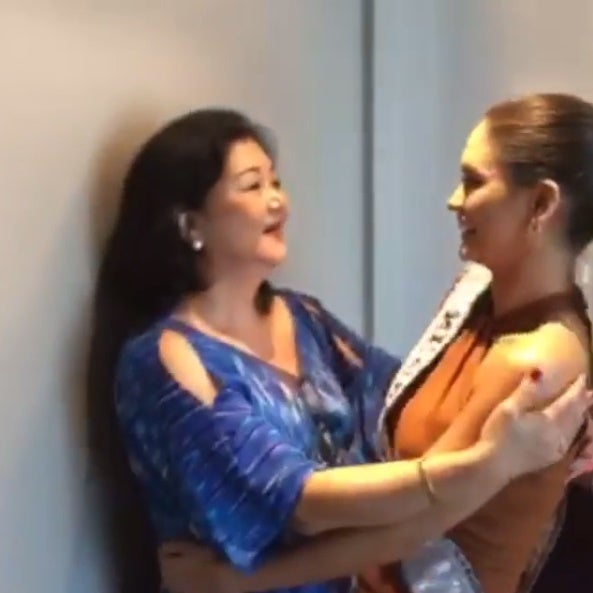 So happy this moment was captured. There is no better feeling in the world than coming home to family. #Philippines #💙 -Pia

Miss Universe 2015 Pia Alonzo Wurtzbach returned to the Philippines on Saturday with hundreds welcoming her, and millions more waiting to see her in her week-long homecoming.

But she was the happiest after seeing one person—her mother.

Wurtzbach took to social media to share her emotional reunion with her mother Cheryl Alonzo.

In an Instagram post, Wurtzbach shared a clip of her and her mother sharing a tight embrace one month after she was crowned Miss Universe.

“So happy this moment was captured. There is no better feeling in the world than coming home to family,” the caption of the post read.

Alonzo, a retired nurse based in London, was not able to witness her daughter’s victorious stint in the pageant last December because she was afraid she might not be able to handle the pressure.

Wurtzbach has previously stated that she helped her mother raise her and her sibling after her parents got separated. She has also revealed that her mother was one of her inspirations why she got into the pageant scene.

READ: ‘Fluent in English at a young age’

The 26-year-old Cagayan de Oro native arrived in the Philippines past 6 a.m. Saturday. She is set to have a homecoming party at the Araneta Coliseum, a parade around Metro Manila, and a meeting with politicians during her weeklong stay in the Philippines.

READ: The queen is home: Pia Wurtzbach returns to PH

Upon arrival, she faced the media and gave a short message, saying that she was not able to sleep last night due to excitement.

“I was so excited I wasn’t able to sleep last night. And every time I think about my trip back here, I tear up a little bit because I feel like it has been so long and I have so many things to share,” Wurtzbach said. IDL