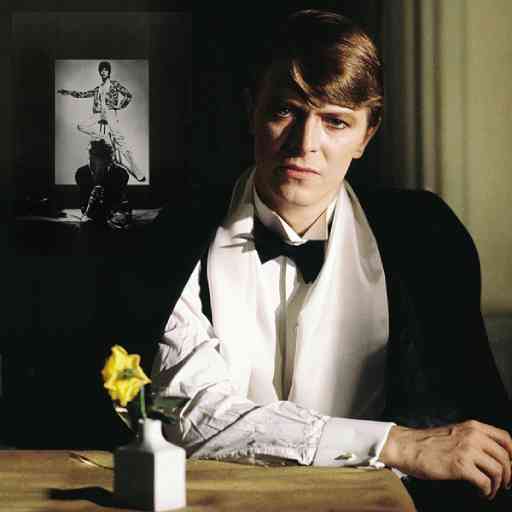 This is a good opportunity for Bowie fans to relive the experience of hearing his songs for the first time, on vinyl, take note, as well as for the plain curious who would like to learn more about Bowie’s legacy.

Bowie’s creativity thrived though his collaborations with the likes of Tony Visconti and Mick Ronson (the latter was the lead guitarist on three successive albums widely regarded as Bowie’s classic period, 1970’s “The Man Who Sold the World,” 1971’s “Hunky Dory,” and 1972’s “The Rise and Fall of Ziggy Stardust and the Spiders From Mars”); Brian Eno (the Berlin trilogy: 1977’s “Low” and “Heroes,” and 1979’s “Lodger”); and Nile Rodgers and Stevie Ray Vaughan (1983’s “Let’s Dance,” Bowie’s most commercially successful album before 2016’s chart-topping “Blackstar”).

In a sense, the Bowie tribute at Boiler Room is a collaborative effort to let people understand the vitality of an artist whose music was never stagnant.

It would be interesting to hear what the DJs, particularly Sallan and Taruc, have up their sleeves.

Rooftop bars are hot these days, patronized by young people who like intimate conversation with drinks and not-too-loud music; 71 Gramercy has an al fresco bar on its roof deck, although the music is usually piped in from the main indoor dance club.

But here are two fine examples of rooftop bars whose ambiance is conducive to a chill night out with friends.

Z Hostel Roofdeck Bar, on the seventh floor of a travelers’ lodge in Makati, is brimming with guests on a Tuesday night. The vibe is casual and friendly—strangers getting acquainted, Caucasian tourists chatting animatedly, various barkada huddled over their drinks.

The crowd here is not the type you’ll find in, say, Valkyrie, according to Bernie Alvarez, who helps run Z Bar. He elaborates by pointing out that Valkyrie usually plays EDM (electronic dance music) while Z Bar features house on certain nights. That’s different, he notes.

But on a Tuesday night, a musician, Kevin Yadao, is performing Justin Bieber’s latest songs on acoustic guitar. The crowd loves him and grooves to the music’s easygoing tempo.

There’s a P200 minimum entrance fee—P150 consumable and P50 for the RFID (radio frequency identification device) bracelet that serves as a permanent ID every time you go to the bar. San Miguel Pale Pilsen, Light, and Red Horse are at P75 each, while whisky, tequila and vodka are below P200—the same average prices of the bar chow.

Bunk Bar, on the eighth floor of an old building on Shaw Boulevard, Mandaluyong, has a full-house crowd, incidentally also on a Tuesday night. The most noticeable thing is that a number of people are sitting on mats, looking very relaxed while chatting as Maroon 5 tunes and some reggae music play at low volume.

The concept of Bunk Bar is inspired by visual art—which explains the assorted graphic illustrations on its walls. There used to be live gigs, until a resident beside the building complained to city hall about the noise—something that the bar’s proprietor has contested because the music’s decibel levels are not disturbingly loud.

In any case, the regular clientele seems content with what the Bunk Bar offers: cheap beer (P45), cool canned music and fresh air high above the busy metropolis.