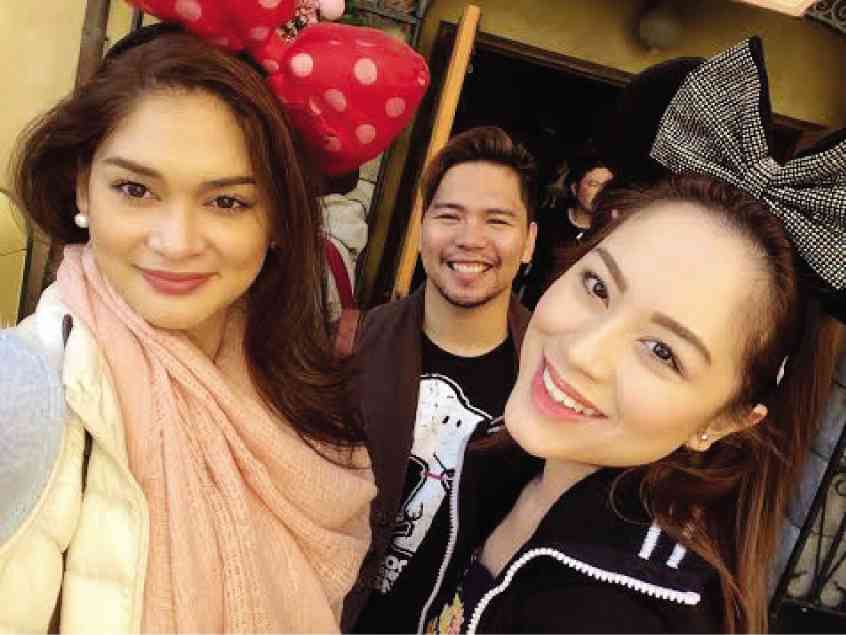 Very early this year we picked up already three eye-opening lessons: one grave and sad, the other trivial but true, and still another, happy and invigorating. It’s not as if we didn’t know these way before; we did, but experiences always drive home the lessons.

First is, it’s not always that one gets to say goodbye. The newsroom didn’t get to bid Letty, its editor in chief, goodbye. Life is indeed very short, no matter how long you live. So, unpleasant as it may seem, you’re tempted to spend each new day with your loved ones, friends and colleagues, as if it were your goodbye to them.

Second, you are the bag you wear—in most cases, especially if you have a plunder case in the Sandiganbayan. Gigi Reyes learned this the public way last week, after Inquirer reporter Marlon Ramos wrote that she was lugging a Goyard bag to her trial. Luxury bags such as Goyard don’t come cheap.

Like we’ve always said, designer bags are today’s tell-all—the instant indicator of life and fortune, more than the bling, because you can spot those bags meters away. Your Birkin gives you away.

The many times we’ve been with her these past years—she’s Lifestyle toBe-You’s beauty contributor/stylist/model—not even once did she talk about, what if she didn’t win Miss Universe.

I remember once I asked her what her fallback plan was if she didn’t get the crown. She replied not with words, but with her countenance. She cast her glance down, shook her head, and shrugged, as if to mean, she wasn’t even considering a loss scenario.

I know very few other young people who can be as focused as she is. When she told herself that she wanted the crown, she diverted mostly everything in her life toward that, from her diet, beauty and fitness regimen to her lifestyle. She even moved into a pad closer to the Bb. Pilipinas Charities office in Cubao, so she could work more assiduously with the organization.

Bb. Pilipinas Charities head Stella Marquez-Araneta told us how mentors of the beauty organization noted that Pia was never late for workshops or meetings and how keen she seemed to learn, always asking questions.

Mrs. Araneta has always been impressed with Pia’s discipline and sense of responsibility.

But while Pia’s focus was on the crown, she also tried to acquire other skills—most of them complementary to winning the beauty pageant—and      opened herself to more learnings. That was how my son, Luis Carlo, got her interested to contribute to toBeYou. She wanted to learn how to do makeup, and to write about beauty products and skin care.

She became the regular model of our shoots, and enjoyed working long hours in the studio in the mezzanine of the Inquirer office. Sometimes she’d be in our office way into the night, working with our toBeYou photographers and stylists.

She also learned how to write. She also began to network with fashion designers to develop her fashion sense and began planning her wardrobe for the pageant.

When we were planning our summer fashion shoot in Bohol last year, with her as model, and told her that we had no room for a makeup artist, she offered to do her own makeup. And she was diligent in that shoot—always on time, waking up early, following the itinerary, never slacking off  and no diva airs.

It wasn’t luck that landed Pia at the top; it was hard work, strategy and planning.

Here are seven things you perhaps don’t know about the 2015 Miss Universe:

There were moments when I saw Pia as childlike—the woman-child who’s worked all her life, learned how to fend for herself and be independent, and yet wants to experience the thrills of childhood.

As the eldest who’s witnessed the marital struggles of her parents, she’s used to taking care of people, and she hopes that a day will come when she’ll have somebody to take care of her.

Pia is an independent young woman, a go-getter who can turn each opportunity into a golden moment and a blessing.

Unlike the beauty queens of past eras who were handpicked and groomed by prominent fashion designers such as Pitoy Moreno, and who came from families who were in Pitoy’s prominent circles and with cushy backgrounds, Pia doesn’t have pampered beginnings. She scraped for what she now has. She needed to network.

She’s of this aggressive, go-getting generation that seems to know no fear. She is the millennial beauty queen.