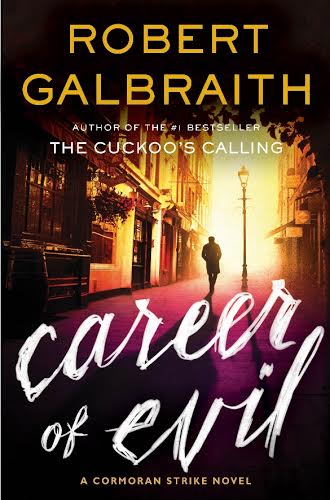 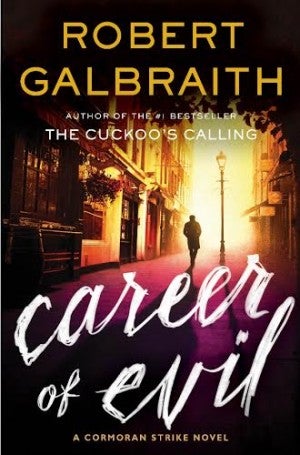 EVEN the most supremely gifted of writers would usually be satisfied with the creation of an internationally bestselling series of books that sold millions and raked it in through a film and merchandise franchise that enthralled a generation as well as made billions in profit.

But J.K. Rowling didn’t believe she was done with the conclusion of the “Harry Potter” series with the release of “Harry Potter and the Deathly Hallows” in 2007. She wanted to write other stuff.

In 2012, Rowling’s first post-Potter project, the domestic drama “The Casual Vacancy,” came out to a decidedly mixed reception. In 2013, a book called “The Cuckoo’s Calling,” a crime novel allegedly by a former military investigator named Robert Galbraith, sold well and received glowing reviews. Galbraith, however, turned out to be a pseudonymous Rowling—a fact that was leaked against Rowling’s wishes—and this revelation sent the book’s sales on fire.

In 2014, Rowling released a similarly successful Strike sequel, “The Silkworm.”

These complex crime novels worked because Rowling brought a dynamic flavor to what was a very strict genre; her new books had a more fanciful style of storytelling and boasted a fantastic protagonist: Cormoran Strike.

A hulking, brusque one-legged former military investigator who also happens to be the unwanted child of a washed-up rock star and a groupie, Strike used his unnaturally sharp detective skills to solve high-profile cases such as the suspicious death of a supermodel named Lula Landry and the disappearance of the troubled writer Owen Quine. He is kind of a Mad-Eye Moody of murder. At his side is his Girl Friday and loyal secretary, Robin Ellacot.

Rowling apparently had even bigger plans ahead and the newest Cormoran Strike novel, “Career of Evil” (Mulholland Books, New York, 2015, 497 pages), is testament to that. First, Rowling rewrites the rules of her detective series by making “Career” the bloodiest book in the series, with an alarming and escalating body count. Strike and Robin must face down a bonafide serial killer who begins the dizzying chain of events by sending a package to Robin at the office. The package contains a severed human leg and a strange note.

The killer, described by Rowling in standalone chapters told from the killer’s point of view, is killing women and dismembering them, keeping the severed body parts as trophies: “He had a wonderful plan. Nobody knew. Nobody suspected. And he had something very special waiting for him in the fridge at home.”

These chapters are among the most disturbing bits of prose Rowling has ever written. The events in “Career” are set, both figuratively and literally, to the songs of the rock band Blue Öyster Cult. This shows the ambition and the precision with which Rowling is crafting the Cormoran strike books with a different brand of procedural black magic.

With its many blind turns and sharp secrets, “Career” is the most substantial of the Strike books so far, laying out a surprisingly complicated case as Strike must investigate multiple suspects in a race against time and a trip back into his past. This makes “Career” the darkest Strike book yet, the pages are like razor blades leaving your fingers bloody as you turn them with visceral urgency.

But the most dramatic element of the book involves Strike’s evolving relationship with Robin, as the secretary becomes a true equal to Strike with her actions, something that Strike himself acknowledges: “She’s my partner. We work the same jobs.” Then, Rowling raises the stakes with some personal pyrotechnics between the two that simply isn’t the kind you see in a crime novel, events that change the series forever.

Rowling, who has a new “Harry Potter” movie—“Fantastic Beasts And Where To Find Them,” also based on a book— coming out later this year, is already known worldwide for a set of characters she made up. But in Cormoran Strike and Robin Ellacot, she has unearthed an entirely new fictional universe, a much darker and dramatic one, to explore. “Career of Evil” is the best of Rowling’s new franchise—and it will make you want to stick around for what happens next. J.K. Rowling strikes again.