SCENE from the movie: a world under attack

AFTER four waves of increasingly deadly attacks have left most of the Earth decimated, Cassie Sullivan (Chloë Grace Moretz) must desperately try to save her younger brother as she prepares for the inevitable and lethal fifth wave. Cassie teams up with a young man who may be her final hope—if she can only trust him.

In the film “The 5th Wave,” the world is under attack in very realistic ways—earthquake, electromagnetic pulse, disease—that resemble the very real fears many of us face every day.

The film is based on Rick Yancey’s Young Adult science-fiction novel of the same name. The novel was published in 2013 and is the first installment in a trilogy. 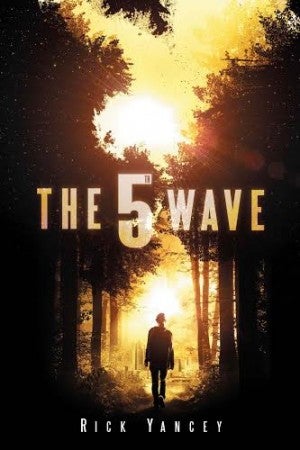 Director J Blakeson said he did not want to present an imagined, dystopian world of the future in the film, but rather a realistic world that immerses the moviegoer.

“I like working in sci-fi, because it allows you to explore interesting things from the side rather than head-on,” Blakeson said. “You can create a big sci-fi concept like an alien invasion and use it to tell a story about the emotions and problems of everyday life in a more interesting way.”

Cassie Sullivan, the main protagonist, is just a normal girl in high school who has no prior survival training. Moretz, who plays Cassie, said that in many ways she felt so much like her character.

“Cassie Sullivan is a great heroine— but she’d never describe herself that way. She’d say she’s just a girl who has lost her brother, and will do whatever it takes to get back to him,” she said. “When the first wave hits, her reaction feels perfectly real. That’s what really made me want to play Cassie. She felt close to me.”