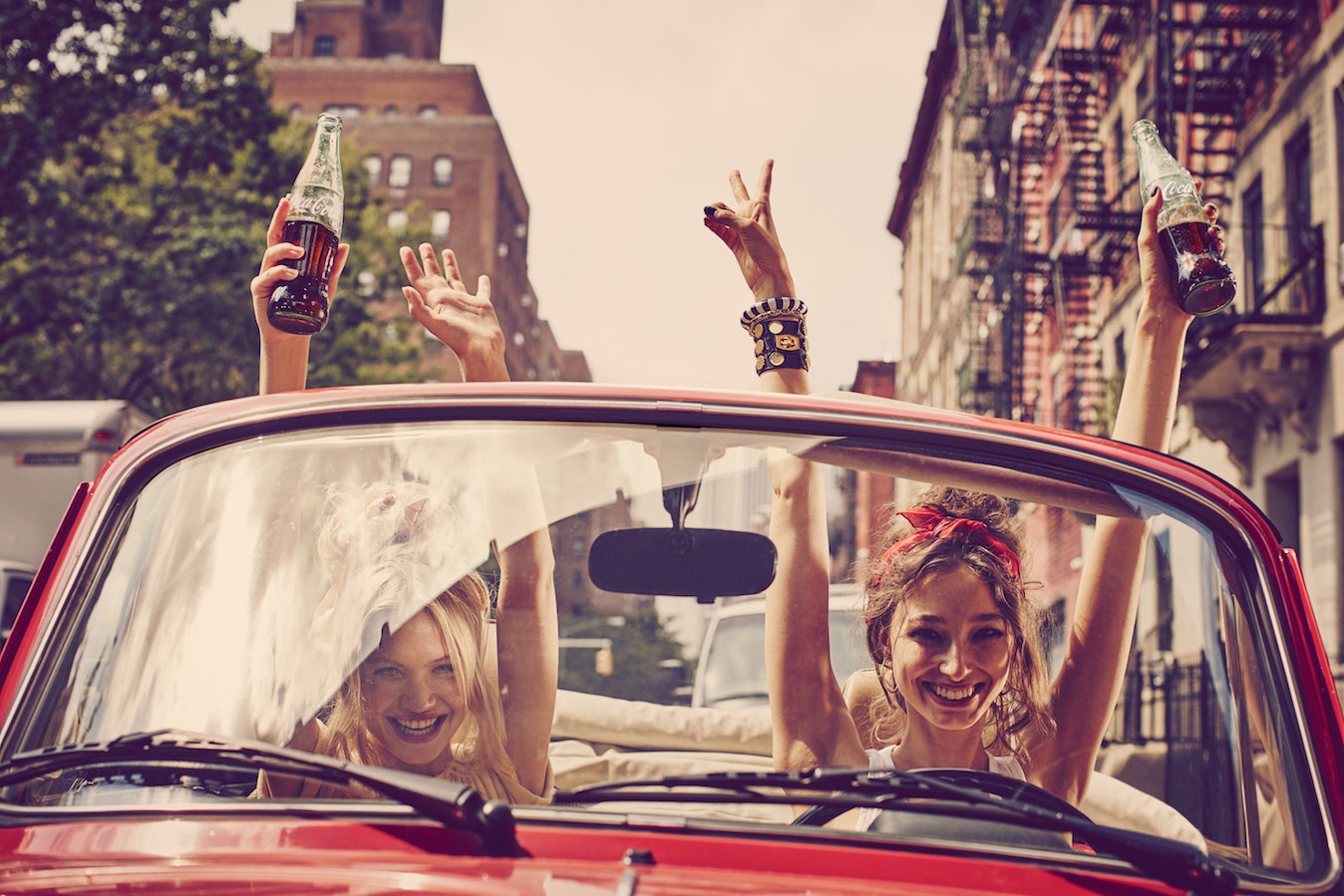 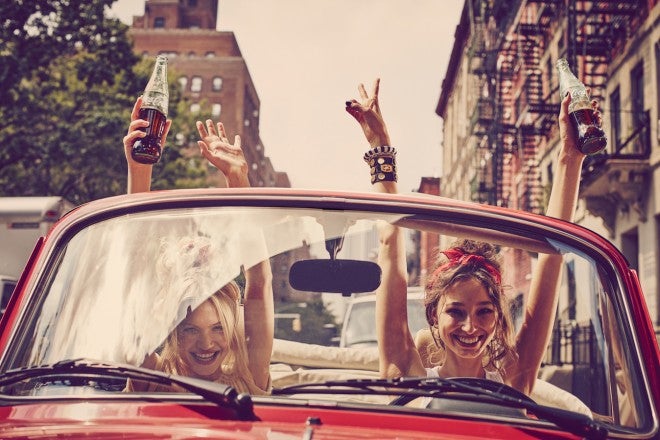 MANILA, Philippines – Coca-Cola unveils a powerful, global communications campaign for their most iconic product – celebrating moments made more special with the simple pleasure of drinking Coca-Cola.

The global campaign, which was rolled out first in Paris last January 19 featuring the newest tagline “Taste the Feeling™,” fully embodies the uplifting refreshment of drinking Coke – whether it be your Coca-Cola, Coke Zero, or Coke Light.

Tasting the Feeling throughout the world

In the newest campaign, “Taste the Feeling™,” Coca-Cola brings to life everyday moments through great universal storytelling and rich visual imagery – placing the product at the heart of its communications. 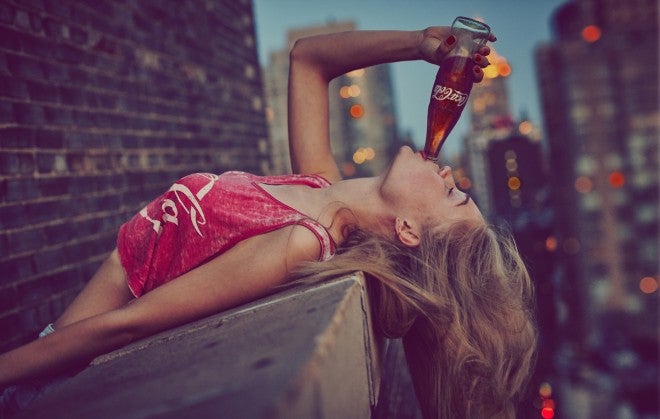 “Taste the Feeling makes Coca-Cola the hero of our advertising again. The new campaign is all about capturing both the functional and emotional traits of Coca-Cola – the uplifting refreshment of drinking our product and how having a Coke makes any moment more memorable and more special,” says Stephan Czypionka, Vice President for Marketing, Coca- Cola Philippines.

Coca-Cola gathered global creative minds from different agencies, commissioned distinguished fashion and commercial photographers, partnered with three independent artists, and collaborated with a renowned songwriter and producer to illustrate both in visual and through music intimate glimpses into everyday stories, feelings and experiences that people share while enjoying an ice-cold Coca-Cola. 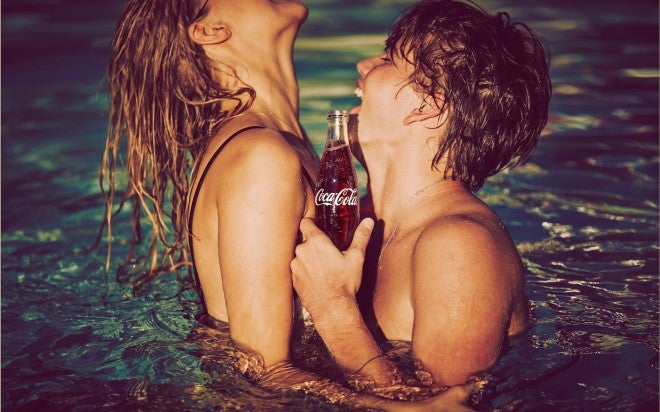 Anchored in the fundamentals of the Coca-Cola brand – the Spencerian script, the red disc and the iconic glass bottle – the creative campaign brings a new visual and auditory experience for the consumers, still featuring authentic and real moments, a continuation of the long legacy of Coca-Cola.

The lead television spot, “Anthem,” comes to life through a series of ordinary moments linked by a Coca-Cola, such as ice-skating with friends, a first date, a first kiss, and a first love. The soundtrack to “Anthem” is an original song titled “Taste the FeelingTM.”

Music, being the main passion point for teens, takes center stage in the new campaign. Coca-Cola worked with Music Dealers to write and produce the song. In select markets, the song features the voice of one of the world’s rising music stars and an artist to watch for in 2016, Conrad Sewell. Sewell, a London-born, Australia-raised singer featured in the breakout single “Firestone,” which produced 300 million Spotify streams and 3 million-plus worldwide sales.

Letting go of its iconic five-note signature, Coca-Cola is also unveiling a new audio signature that makes use of the sounds that have long been attributed to drinking Coke: the opening of the fridge, the unmistakable fizzing on ice, the cheers and clinking of glasses, the quenching sip, and the irresistible ahhh at the end.

Following a partnership that started in 2014, Coca-Cola also tapped Avicii to produce a remixed version of the “Taste the Feeling™” campaign anthem featuring Conrad Sewell, and he will produce versions of the song for the UEFA EURO 2016™ and the Rio 2016 Olympic Games™ campaigns.

The new campaign also features images shot by noted fashion photographers Guy Aroch and Nacho Ricci capturing people from around the world enjoying ice-cold Coca-Cola in a variety of everyday moments. The new campaign imagery will be used in print advertising, out of home billboards, in-store as well as digital media.

The shareable and customizable interactive digital experience is made up of different GIF scenes that reflect feelings associated with drinking Coca-Cola set to the “Taste the Feeling™” anthem. The experience allows users to pull a GIF scene directly from the microsite, personalize the scene with real-time feelings, and share it on social platforms with #TasteTheFeeling.

“We are introducing a new approach to continue the brand’s long legacy of great visual storytelling,” said James Sommerville, VP Global Design. “The photography features human moments that blur the boundaries between who people are and what they love to do. In all the creative, Coca-Cola plays a lead role in the scene, enhancing the color, texture and emotion of the images. Every interaction is unique and made more special through the enjoyment of a Coca-Cola, any Coca-Cola.”

In the Philippines, Coca-Cola unveils their newest ambassadors, headlined by the country’s hottest love teams such as Alden Richards and Maine Mendoza, James Reid and Nadine Lustre, and Enrique Gil and Liza Soberano. Completing the 10 ambassadors are Enchong Dee, Janella Salvador, Bailey May and Ylona Garcia.

Coca-Cola will also go around some of the biggest colleges, universities, and tambayans in the country to turn more ordinary moments extra special. One of the biggest activations that teens should look forward to is the roll out of the Coca-Cola Emoticons – a cool and fun way of tasting and sharing the feeling of drinking Coca-Cola with buddies and friends.

Exciting activities are also lined-up for the rest of the year that will uplift ordinary days and bring refreshing moments throughout the country. We are also giving out millions of free Coca-Cola so we can make millions of moments special.

For more information about the new campaign of Coca-Cola, visit www.TastetheFeeling.Coca-Cola.com or the Facebook page of Coca-Cola Philippines.