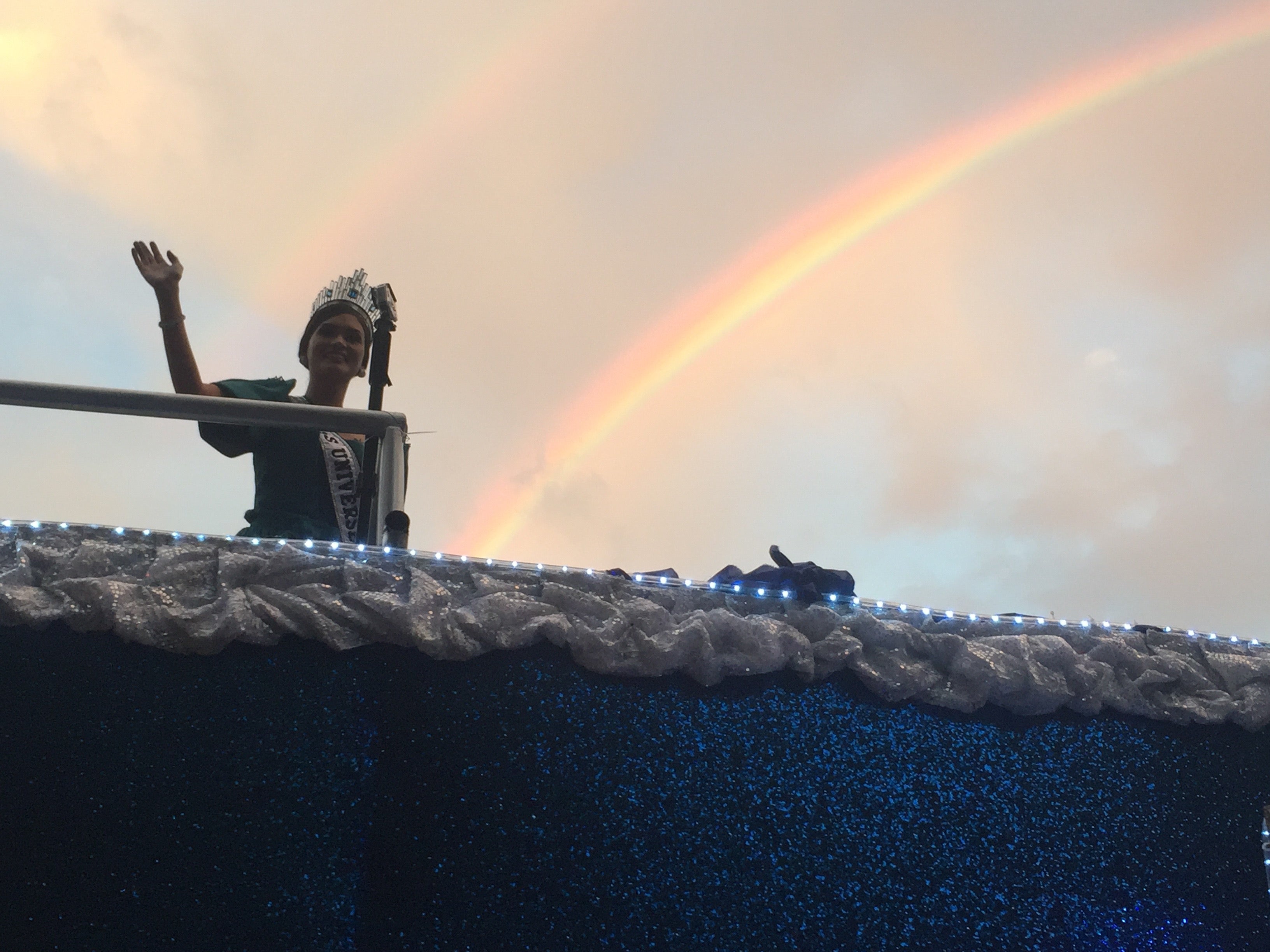 GOD must have been touched He sent the most prized creation to crown the queen.

When Wurtzbach’s float was cruising Ayala Avenue in Makati, a double rainbow popped up in the sky—a sign that hardly escaped her supporters’ eyes who exclaimed that it was the heaven’s blessing for the beauty queen.

Thousands of her fans poured into the streets of Manila, Pasay and Makati cities to show their support for the queen who broke the country’s 42-year losing streak in the prestigious beauty pageant.

Wurtzbach waved and smiled to her fans despite being subjected to harsh rays of the sun and the rain. She even took a selfie with them while she’s on her float.

The 26-year-old Cagayan de Oro native wore a stunning emerald green chiffon terno by Albert Andrada on a float fashioned to resemble her crown—a long coveted item for a nation known for its passion for beauty pageants.

After the grand parade in three cities, she was shuttled back in a limousine to Araneta Center for another parade.  AC