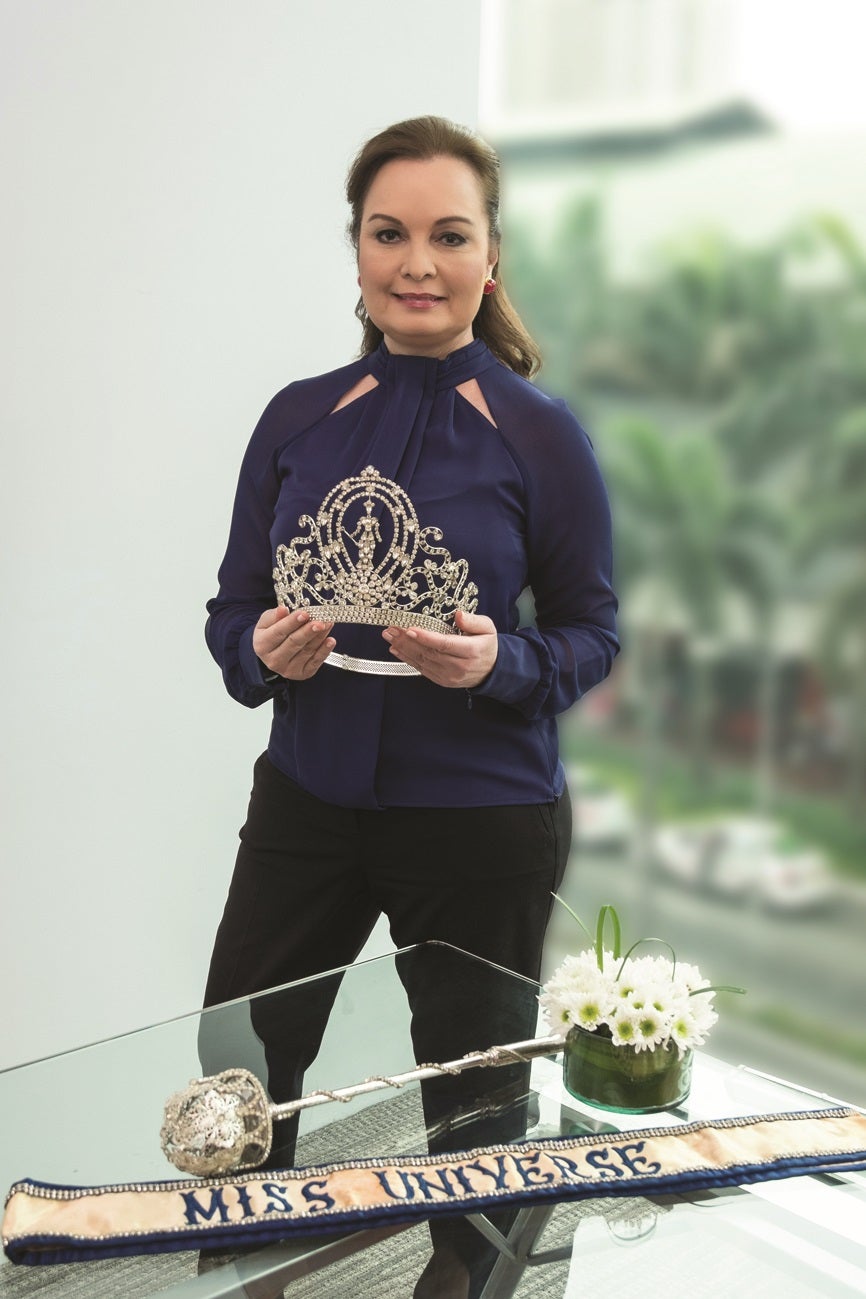 Margie Moran, Lara Quigaman –where have their crowns, gowns and sashes gone?

Pia Wurtzbach, Miss Universe 2015, was right when she said during the pageant finals that “to be a Miss Universe is both an honor and a responsibility.”

The late Amparo Muñoz of Spain, Miss Universe 1974, must have been so burdened with her duties that, according to one account, she reportedly tossed her crown out of an open window during her reign.

Nobody knew what happened to it, but Muñoz, who wasn’t officially dethroned, was conspicuously absent when it was time to crown her successor.

But she wasn’t the first Miss Universe whose crown was damaged.

Our very own Margarita “Margie” Moran, Miss Universe 1973, got a new crown from contest organizers when her original silver crown studded with Russian diamonds was crushed on her way to New York. But unlike Muñoz, the perpetually poised Moran didn’t throw a fit.

“I was supposed to always hand-carry it, but at one point it became too inconvenient because I was always stopped at security after the box containing the crown had passed through X-ray,” Moran said through e-mail. “I always had to explain what it was. One time, I decided to check it in. It was crushed.”

Fortunately, the replacement, which Moran got to keep, along with her Miss Universe scepter and sash, was as good as the original.

She also got to keep her Catalina swimsuit and Aureo Alonzo terno. The white gown accented with a cabbage rose by Auggie Cordero, which she also wore to the finals, is now on display at the Villa Escudero museum.

Moran also bagged Miss Photogenic during the pageant held in Greece. With no Internet yet, the special award wasn’t decided by fans, but by accredited photographers who covered the event.

“I also received a Miss Photogenic trophy, which I still have,” she said.

When she turned 50, Moran used her Miss Universe crown, sash and scepter as accessories. She also invited female guests to have their photos taken wearing her iconic possessions.

“The picture-taking became the party’s highlight,” said Moran, who regularly shuttles between Manila and Davao. “Apart from my trophies, which are on display, my crown, scepter and sash are kept in a box inside one of my closets.”

When told that we also needed to photograph her with her crown, Moran wasn’t sure where it was.

When she learned later that it was in Davao, she asked one of her household staff to fly with it to Manila.

Unfortunately, she never got to keep her Binibining Pilipinas Universe crown because she had to pass it on to her successor.

“Personally, my most valuable possessions are the photos and newspaper clippings I have collected. The experience was one important highlight of my life,” she said.

“I got to keep my sash, glass plaque, trophy and framed picture,” the ABS-CBN talent said through e-mail. “I also received a smaller replica of my crown from Miss International.”

The replica came in a pink box lined with satin cushion. She kept it stashed somewhere at home. She hasn’t opened the box for a long time, she said.

Her Binibining Pilipinas International and Miss International sashes are tightly sealed  in a Ziploc bag, while her plaque and trophy are displayed on the bedroom shelf.

“The one from Binibini is still in good condition, but my Miss International sash got stained because I wore it almost every day during my reign,” she said.

Quigaman had the sash washed, but the condition got worse. The gold satin trim bled further, she said, damaging the once pristine sash. She also had a replica of the Miss International sash made.

“All the clothes I used during the pageant in Japan belonged to Binibining Pilipinas,” she noted. “I didn’t get to keep any of them. Both my national costume and gown were designed by Colombian Alfredo Barraza.”

Although she hasn’t looked at her Miss International sash and crown for a long time, Quigaman is pretty sure that once she does, she would feel “overwhelmed” all over again.

“The last time I did, it still felt unreal,” she said. “Even when I see my plaque and trophy, I’m transported back to that day. More than the pride of bringing honor to the country, I feel grateful and humbled. It seemed like an impossible dream that a short, ordinary-looking girl like me won an international pageant. But with God, anything is possible. Without Him, I’m nothing.”