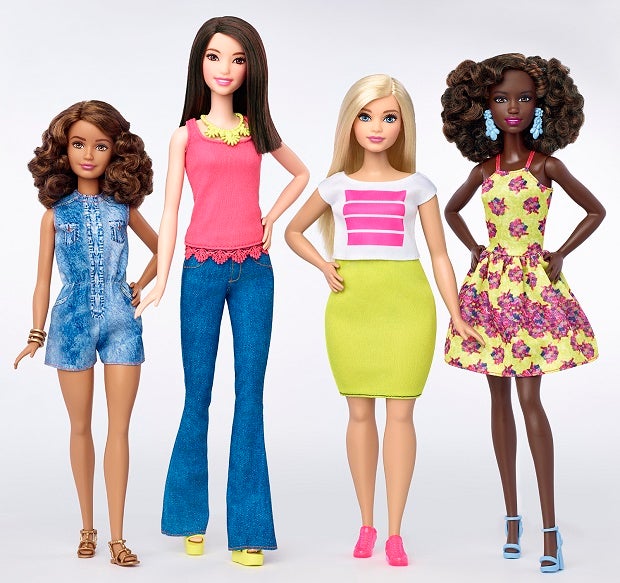 NEW YORK, United States—Barbie, long the stereotypical blue-eyed blonde bombshell, has been given a makeover. The iconic doll will now be available in three new body types—tall, petite and curvy.

The new dolls join Barbie’s Fashionista line, which will now feature four body types. It will also have seven skin tones, 22 eye colors and 24 hairstyles—an acknowledgement, belated for some, that women come in many sizes and shapes.

“Barbie reflects the world girls see around them. Her ability to evolve and grow with the times, while staying true to her spirit, is central to why Barbie is the number one fashion doll in the world,” Mattel President and CEO Richard Dickson said in a statement.

“We believe we have a responsibility to girls and parents to reflect a broader view of beauty,” added Evelyn Mazzocco, senior vice president and global general manager of the Barbie brand.

Mattel is not the first doll maker to shatter the mold of what pretty means.

In 2002, Tonner Doll came out with one called Emme, after the plus-size model who went by that name.

The new Barbie looks should help Mattel boost declining sales of the doll—down for three straight years and by 16 percent in the first half of 2015.

This is not the first time Mattel has released Barbies with different looks, although the body types are new.

In 1980, Mattel marketed Black Barbie, who had an afro-style hair-do.

Mattel’s failure to change Barbie’s body size had drawn a lot of criticism, but the company long defended the design.

“Barbie’s body was never designed to be realistic. She was designed for girls to easily dress and undress,” Kimberly Culmone, vice president of Barbie Global Creative, explained in 2014 in an interview with the website Fast Company.

Culmone challenged the notion that Barbie dolls could play a role in how little girls might perceive women’s bodies and their own.

“Clearly, the influences for girls on those types of issues, whether it’s body image or anything else, it’s proven, it’s peers, moms, parents. It’s their social circles,” Culmone said.

However, a British study in 2006 of girls aged five to eight found that those exposed to Barbie had a less favorable view of their own bodies.

These girls ended up wanting a thinner body than did girls not exposed to the doll.

After the new Barbie body types were announced on Thursday, social media lit up with messages of praise.

The stock market greeted the move with cautious optimism. Shares in Mattel were up 0.65 percent to $27.15 at around 1830 GMT.

‘Anti-Barbie’ doll goes on sale on US