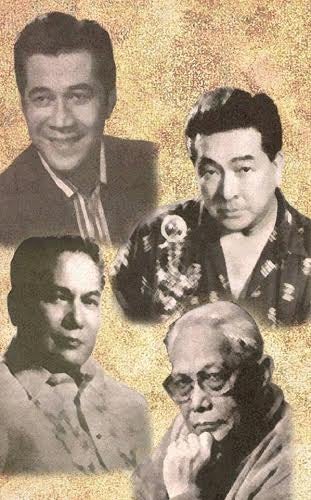 ‘Bodabil,’ theater, puppets, dance, film at UP during Arts Month

University of the Philippines is presenting concerts, a play, a puppet show, dance shows and film screenings for “Panahon ng Luwalhati,” its celebration of arts and culture month in February.

Kicking off the festival is “Bodabil sa Kampus,” a concert featuring Bituin Escalante, Natasha Cabrera, UP Dancesport Society and UP Jazz Ensemble, on Feb. 1, University Amphitheater, College of Science.

“Bodabil” is the localized version of vaudeville, popular from the 1910s to the 1960s. Shows featured comedic and dramatic skits, musical numbers and even magic acts.

The festivities draw inspiration from Gonzalez’s novel “A Season of Grace” and features the University’s performing groups.

Montano’s comedy “The Ladies and the Senator” will be staged on Feb. 16-17, 3 and 7 p.m., at the University Theater. The play relates Sen. Anthony Maripal’s visit to Washington, DC, where he’s feted by the Filipino Women’s Club, unaware that the ladies plan to rob him of money he’d stolen from the Filipino people.

Montano was a playwright and actor; he founded Arena Theater in 1952 at Philippine Normal College.

Gonzalez’s short story “The Bread of Salt” will be staged as a puppet play by Teatrong Mulat ng Pilipinas on Feb. 24, 3 and 7 p.m., Bulwagan ng Dangal (basement of main library).

The story is about a 14-year-old boy infatuated with the niece of a rich plantation owner.  The play will be directed by Amihan Bonifacio-Ramolete with puppets designed by Sigmund Pecho.

Dance and music shows will be held at UP Theater (near the College of Music).

On Feb. 19, the UP Cherubim and Seraphim choir will perform “Konsyerto: Bawat Bata, Artista,” 3 and 7 p.m., featuring music by Lucio San Pedro and Ramon Santos, National Artists for Music.

On Feb. 22, the UP Dance Company will showcase choreography inspired by Gonzalez’s poems in “Wanderer in the Night of the World,” 4 and 7:30 p.m., in a show directed by Angela Lawenko-Baguilat.

Avellana’s 1965 film “A Portrait of the Artist as Filipino” will be screened. The film, shot with the cast speaking in English, adapts National Artist for Literature Nick Joaquin’s play about two sisters living in Intramuros as World War II is about to begin.

Other films to be screened are Conde’s “Señorito” and “Genghis Khan,” 7 p.m., on Feb. 3 and 4, respectively, at Dap-ay, an Igorot-inspired open-air meeting area and garden, College of Mass Communication Building.

Avellana’s “Badjao” and “Portrait” will be screened 7 p.m., on  Feb. 10 and 11, respectively, at the College of Architecture Auditorium. All screenings are free and open to the public.

Check the full calendar of events at  Oica.upd.edu.ph. A festival pass for all ticketed events is at P600.

[Note: The print version of this story incorrectly mentions that Manuel Conde is a National Artist for “Film and Theater.” Mr. Conde is an NA for Film, and Lamberto Avellana for Film and Theater. The online version reflects that correction.]