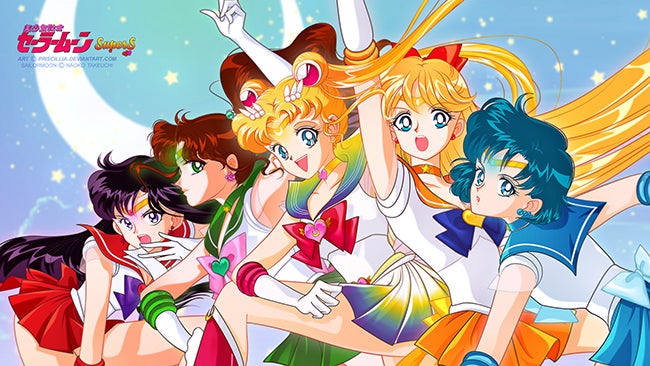 The origins of the Japanese word otaku (a person with an intense obsession or hobby, most often related to anime, manga and all things geek) might not exactly have a good connotation, but nowadays, many Filipino fans of Japanese pop culture proudly identify themselves as one.

This otaku culture isn’t new; it’s actually been ingrained in Philippine society, and it goes beyond the ubiquitous Hello Kitty and Sanrio characters.

Look back at some of the most iconic, influential works that help shaped Pinoy fans’ growing-up years, with a few updates on reboots and upcoming adaptations.

Oh, where to begin? Long before “Pokémon,” “Bleach” and “Naruto” came into the picture, Japanese animation already had ’80s kids tuned in to their TV sets. “Mazinger Z,” “Voltes V,” “Daimos,” “Macross/Robotech,” and “Gundam” ushered in the age of mecha obsession, with fanboys scrambling to get their hands on diecast toy robots and Veritech fighter planes.

The best example is the hugely successful “Rurouni Kenshin” film trilogy, whose main cast and director received a hearty welcome from Pinoy fans during a promotional visit a couple of years ago.

And there’s “Hana Yori Dango,” which spawned the Taiwanese soap “Meteor Garden” that made the F4 boys a household name.

Thanks to the arrival of cable television and the Internet, epic movies such as legendary director Akira Kurosawa’s award-winning period dramas “Kagemusha” and “Ran” were seen again. Interestingly, Kurosawa had many then-budding Hollywood directors as fans; George Lucas, whose “Star Wars” saga was inspired by Kurosawa’s works, actually co-produced “Kagemusha” with fellow fan Francis Ford Coppola.

Then there’s the work of master storyteller and Studio Ghibli co-founder Hayao Miyazaki, who created critically acclaimed children’s classics like “My Neighbor Totoro,” “Princess Mononoke” and “Spirited Away.” Beautiful and heartwarming, Miyazaki’s feature films also spawned unforgettable characters that kids still go crazy over to this day, like the adorable, bearlike giant Totoro.

Japanese role-playing games (RPGs) are a staple in every true-blue gamer’s arsenal, guaranteed to keep their butts glued to their couches until the wee hours. From the eight-bit retro goodness of arcade staple “Pac-Man,” there came Nintendo’s “Super Mario Bros” and “Legend of Zelda,” Sega’s “Sonic the Hedgehog,” and original PlayStation favorites “Suikoden,” “Dragon Quest,” the “Xeno” series, and the long-running “Final Fantasy” franchise.

Rumors of an FFVII remake have started bubbling up, but until then, fans will continue counting the days until FFXV finally comes out.

The Japanese also deserve credit for “Chrono Trigger,” one of the best-loved games of all time—the beautiful score is enough to send us back in time, to our own happy little place.

For the brave gamers, there’s the reliable trifecta of survival horror games—“Resident Evil,” “Silent Hill” and “Fatal Frame”—to give them nightmares.

Meanwhile, for those who preferred more action, there was “Street Fighter,” “Dead or Alive” and “Tekken” series, or stealth games like the “Metal Gear” franchise.

Before K-pop burst into the scene, fangirls were already squealing over J-rock and J-pop idol groups. Among the most popular were boy band Arashi as well as recent visitors One OK Rock (who also provided the soundtrack to the “Rurouni Kenshin” films) and kawaii queen Kyary Pamyu Pamyu.

For events, many cosplay conventions are held every year, especially at Megamall. Meanwhile, the Japan Foundation, Manila (JFM) has the annual Eiga Sai festival at Shangri-La Plaza, usually held in June or July; it’s a real treat for people who are curious about Japanese movies but haven’t tried watching any. For jazz music lovers, there’s the Tokyo-Manila Jazz Music and Arts Festival, whose most recent edition was held last November.