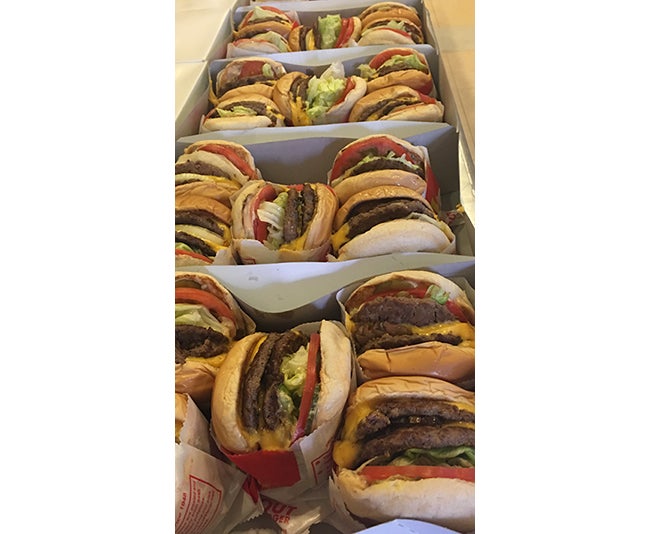 All afternoon, they kept coming—in pairs, in groups, sometimes alone—and had the same questions.

The guards shook their heads.

That was the scene at the In-N-Out Burger pop-up last Jan. 26.

The only announcement was an ad in Inquirer and the people behind the pop-up—Brian Nakao, In-N-Out manager for foreign special events, FoodReel Catering Company head Ferdinand Avendaño in coordination with Marge Montemayor of Events by Marge—were pleased to see In-N-Out fans arrive hours before the 11 a.m. opening. “We had people lining up really early, around 7 a.m.,” said Brian.

They handed out wristbands to the people in line, and by 11:30, they ran out of bands.

It shouldn’t be a surprise—there are many fans of the American burger chain in the country who make In-N-Out one of their dining stops whenever they travel to the US. “It’s a simple menu. We do only one thing and we do it the best we can, keep everything fresh, we have smiling associates and a clean environment,” said Brian. 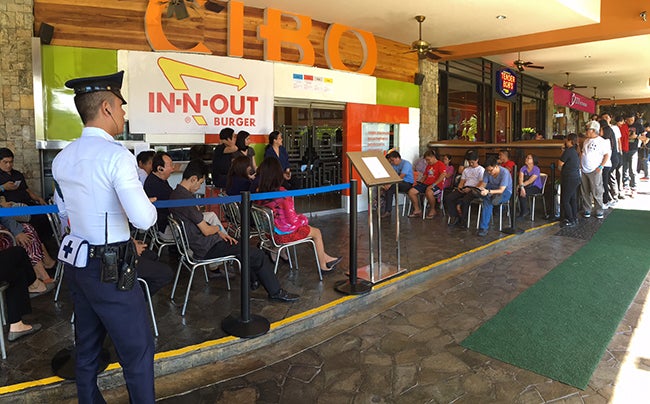 This was In-N-Out’s third pop-up in the country. Last year’s was in Gilligan’s in Greenbelt, and this time they took over Cibo in Greenhills Promenade. “We kind of just jump around different locations, Brian said. “There are certain countries that we go back to over and over again. It’s really busy out here. We want to serve as many burgers as we can to as many people and get our name out there, and the Philippines is a good place to do that.”

They brought the ingredients that they could; everything else was sourced locally. There were three kinds of burgers available at the pop-up: In-N-Out Hamburger (P80), Cheeseburger (P120) or the Double-Double (P160), served either Animal Style or Protein Style.

“The Animal Style has lettuce, tomato, grilled onions, pickles, extra spread and fried mustard in the meat patties so that makes it an Animal burger,” said Brian. “The Protein Style is a burger that’s wrapped in lettuce without the bun.”

They set a limit of one burger per person. “That way we can serve as many people as we can,” Brian pointed out. “A lot of times, people come in and order a lot of food and it just leaves others out. So I figured, if you’re willing to come early and get a wristband, you should be able to get a wristband.” 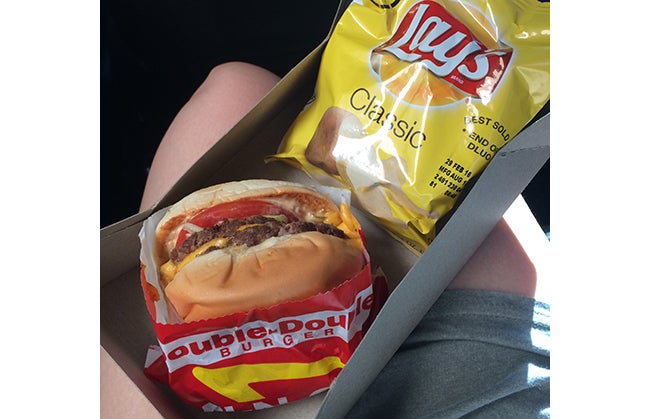 The pop-up’s biggest hit? The Double-Double, of course.

“I think that when you can get only one burger, you would go for the Double-Double,” added Brian.

“The customers all seem really excited and happy that we were here,” he noted. “That’s all that we can ask for, having customers who are really happy to see us and are willing to wait for our burger. It’s funny because it happens a lot all over the place. It’s pretty amazing how many people follow In-N-Out and know about it around the world.”

Brian said that he has always worked in the States, but noted that “it’s been pretty amazing to see the people from all around the world get excited for In-N-Out burger.”

We asked the question that’s on everyone’s minds: Do these pop-ups mean that In-N-Out might be opening full-time in the Philippines?

“Maybe,” said Brian. “Right now, we have no plans to open in the Philippines, but you never know.”