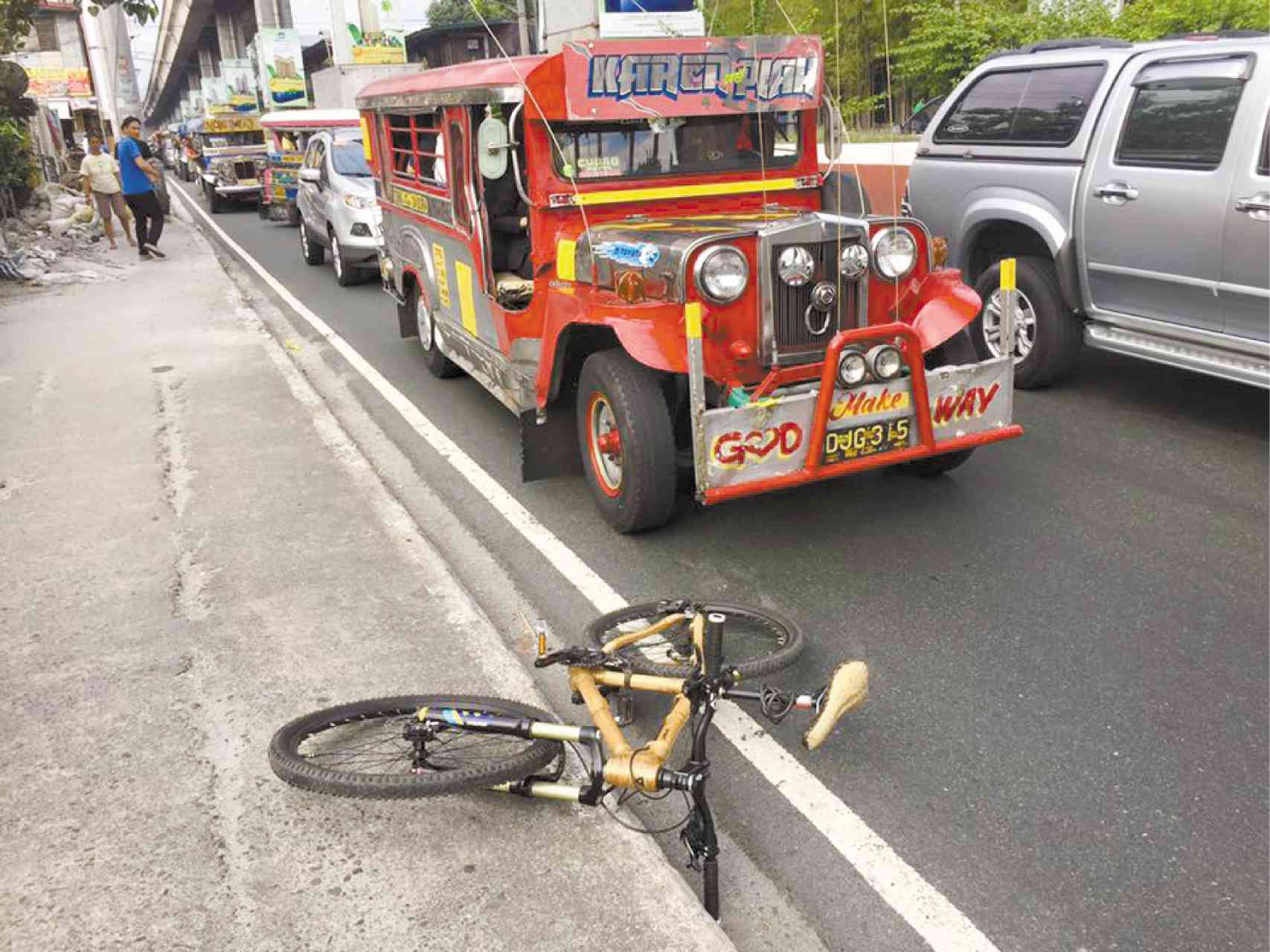 Cyclists ‘in the way’…

A JEEPNEY driver rear-ended news anchor Howie Severino last Jan. 25 while he was riding his bicycle in the bicycle lane.  Although he later apologized, the driver initially said Severino was “in his way.”  This sums up the attitude among the majority of motorists regarding cyclists and pedestrians, i.e. “They are in the way,” rather than “They have the right of way.”

..and a cycling movie