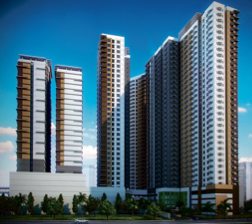 What does it take to build an empire? In a developing country like the Philippines, it would entail more than just having a huge amount of resources, a business plan, and a vision. It would also require a strong heart, an immense will and an unwavering passion to ensure that one’s business will be able to keep pace with the rapidly changing market demands.

This can’t be more true in the real estate industry, where a number of players, both old and new, continue to vie for a lucrative share of the market and eventually build an empire. Only a handful, however, had been privileged enough to succeed and build a respectable track-record in this highly competitive arena.

One such developer is Empire East Land Holdings Inc., which has built landmark residential communities that have transformed the urban and suburban landscapes. Once part of tycoon Andrew Tan’s Megaworld Corp., Empire East currently specializes in the creation of residential communities for the middle income market segment, and in the sale or lease of commercial and industrial spaces.

In 1994, it has branched out as an independent company, and eventually listed at the Philippine Stock Exchange. Since then, Empire East has introduced new and innovative concepts such as township developments that seek to create a harmonious neighborhood and uplift the quality of living experience for residents.

“Empire East aims to be a brand in touch with the humanity of its customers.We are committed to crafting new and better ways of life by tapping into what the market really want and need, now and in the future,” said Empire East president and CEO Atty. Anthony Charlemagne C. Yu. “By building communities, improving how things are done, and ultimately, transforming the landscape, we are able to plant the seed of a story for each customer that we commit to serve-a personal anecdote of just how good life can be in an Empire East development,” he added.

Critical to the company’s continued strong performance in the domestic market is its “new breed of community developments” which have allowed Empire East to evolve and continuously fashion lifestyles that immerse Filipinos in richer and more rewarding experiences right at the comfort of their own homes. By remaining relevant to the fast changing demands and needs of its customers, Empire East has charted a strong, sustained growth over the years. “The past few years saw the exceptional growth of Empire East as a vibrant and evolving real estate brand. Also, we’ve managed to successfully strengthen the positioning of our developments in the mind space of our customers by communicating the value of our projects-the positive ways in which they are shaping the urban landscape, and how they are upgrading the lifestyles of Filipinos on a large scale,” Yu explained.

“With our commitment to drive the company to profitability, we see our performance continuing on an upward trajectory. Historically, our reservation sales have been notably resilient, showing steady growth despite economic downturns,” he further noted. According to Yu, the demand for a convenient, transit-oriented and urban-based developments has further fuelled the growth of Empire East as one of the country’s leading developer for the midmarket segment.

With its projects’ value-oriented benefits and differentiating promise that provide homebuyers that mobile lifestyle, Empire East has more than satisfied the needs of middle-income homebuyers who are now enjoying a higher level of affluence. “We linked the stability of the Empire East name to universal values such as family cohesion, a sense of community and an innate desire for the good life. Our developments, created to uplift the quality of future residents’ everyday experiences, are undoubtedly in service of human connections,” Yu added.

To further strengthen its foothold into the local market, Empire East has committed to fast-track the turnover of its units to homebuyers and to replenish its inventory to meet robust demand of the market. It is also looking at pursuing various marketing initiatives that will enable it to reach customers in a unique way, such as its “Olivia” out-of-home campaign in 2014, which went viral and drove awareness for its projects as viable investments.

“As a market leader, we are committed to seeing our vision through by strategically capturing and creating value. We will actively tap new areas for growth, innovate to differentiate, meet the market head on with relevant and responsive products, and keep ourselves accountable when it comes to customer service and satisfaction,” Yu said. “We aim to leverage our resources and strengths in a much-improved economic environment this year,” he concluded.