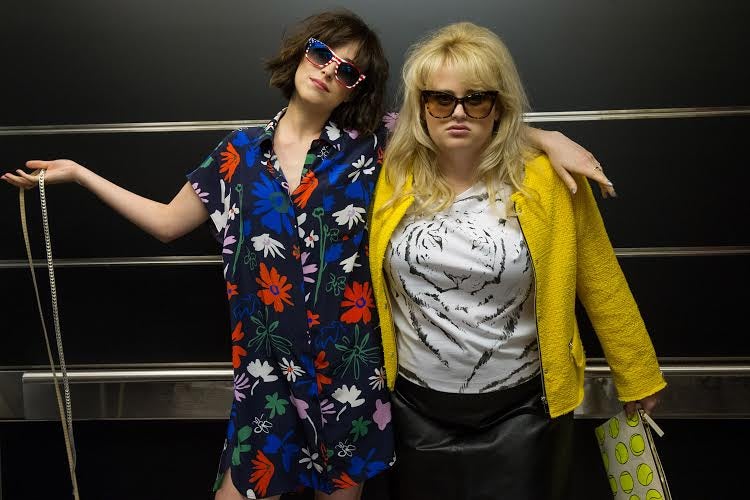 DAKOTA Johnson, Rebel Wilson in “How to Be Single”

“HOW to Be Single” is an all-out comedy that shows how New York’s unmarried people are out there making the most of the single lifestyle, in the most outrageous ways imaginable.

“How to Be Single” is based on the novel of the same name by Liz Tuccillo.

Director Christian Ditter said he wanted to make a really modern and fresh take on the comedy genre as the movie deals with partying, having fun, dating-a snapshot of what it really means to be single today.

“A lot of movies that deal with men and women and dating are about finding the right one, but this is not that,” Ditter said. “It’s about embracing the most fun and free time of life while you’re also finding your place in the world, finding friends, finding out what you want to do with your life.”

“How to be Single” was filmed entirely in and around New York City. In the thriving metropolis of eight million people and countless possibilities, the shooting schedule was ambitious in its scope, covering approximately 45 locations in 47 days.

According to Ditter, he wanted to feel the city so he took the movie out on the streets, to be on the bridges, in the parks and on the rooftops of actual New York.

“I think everybody who comes to New York wants to achieve something, or is looking for something, or is there for the adventure that the city has to offer,” Ditter said. “I have the feeling whenever somebody makes that step and leaves everything else behind because they want to throw themselves into life and give it their all, New York is the place to go. That’s why Alice is going there, and we’re following her along on that exciting journey.”

While the city photographs beautifully, it’s nevertheless a challenging city for film production.

Ditter notes: “It was the first time for me to shoot in New York, and I think I approached it a bit naïvely. Everywhere I looked, it looked like a movie, wherever I pointed my camera, it looked like a still from a film, so I thought, ‘This will be easy.’ Of course, it was not. There are tons of logistics involved and it’s a massive undertaking. Fortunately, we had one of the best crews in the entire world and they pulled it all off effortlessly.”