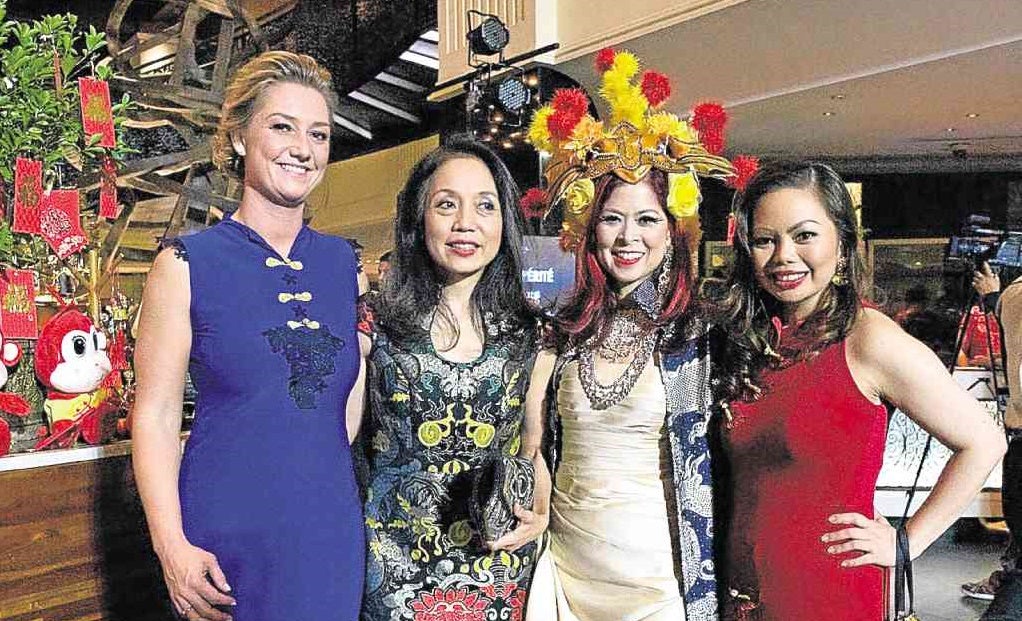 Situated in ninth position in the Chinese zodiac, they are wise, charismatic, loyal, inventive and have leadership skills. The weaknesses of Monkeys are that they can be egotistic, arrogant, crafty, restless and snobbish.

With all these traits, the Year of the Fire Monkey will be open to rapid and unpredictably volatile change. One need not be a feng shui expert for this prediction, especially with the national elections on May 9. Change is inevitable.

Ollay Aninion, Bikram yogi and owner of Bikram Yoga Makati, recently got engrossed with the use of good feng shui when she met World of Feng Shui owner Lillian Too in Malaysia. Their connection was that Ollay is now Lillian’s personal yogi and, in turn, Lillian has appointed her World of Feng Shui Philippine Ambassador.

Yoga is a wonderful practice that cures blockages of blood  flow into the body. Yoga may also strengthen the bond between partners, siblings, parents or friends.

On Feb. 13, 10 a.m., LiFE Yoga hosts “Power of Two,” a light-hearted, two-hour partner yoga designed to open the heart and create a powerful bond between two persons. After the yoga practice with specific poses and pranayama or breathing techniques, a gong bath will be provided at the end of the session to generate sound healing.

Receiving the sound energy of the gong is known to clear and recharge the whole mind, body and spirit.

Rosan will lead another session on Feb. 20 at Yoga+ Makati to open participants’ hearts with joy and happiness. Two powerful classes, “Let Go of Inner Anger” at 10 a.m., and “Shift From Fear to Love” at

Additionally, Rosan will give a gong bath at the end of the classes to release any remaining stagnant energy and blocks. The sound vibrations improve circulation, repair the body at a cellular level, and allow deep healing to take place.

Blue and other colors

The color of the Year of the Fire Monkey is blue. No wonder Miss Universe 2016 Pia Alonzo Wurtzbach was extra lucky in her stunning royal blue gown by award-winning designer

Albert has been designing with national pride for several years now. He recently had a grand fashion show, “La Prosperite Chinoise Collection,” at Sofitel Philippine Plaza Manila. The sartorial presentation was the first fashion show since Albert’s famed Miss Universe 2016 gown. The iconic gown was on display for the VIP guests to marvel at.

Inspired by the colorful festivals of China, Albert’s collection featured colors celebrating the Lunar New Year: red, white and gold. Models were styled by Shu Uemura and Kiehl’s as they emulated porcelain dolls with bold, red lips and pushed-up hairstyles.

The shows are complemented by a bountiful feast at Spiral, celebrating the “10 Secrets to Happiness” by chef Michael Tai.

The Year of the Fire Monkey is also about thanksgiving. Wilcon Depot, the country’s leading one-stop construction and building store, recently gathered its business partners and suppliers to a night of thanksgiving at Megatent in Libis, Quezon City.

Gearing up for 2017, when it will celebrate 40 years in the industry, Wilcon unwrapped some of its plans.

During the event, William Belo, Wilcon president and CEO, and SEVP-COO Rosemarie Ong disclosed the many promos, events and expansions in store for clients and partners.

William talked about the partnership with La Mesa Ecopark for a first-ever Wilcon Run for the Environment initiative.

Moreover, he expressed his anticipation for the coming opening of four new Wilcon stores in provincial cities in 2016, in Bacoor, Cavite; Sta. Rosa, Laguna; Bacolod and Cagayan de Oro.

He told me that Wilcon wants to be sure this is a big year, as the company approaches its 40th anniversary.

Rosemarie was equally optimistic, noting that as the leader in home building and construction, Wilcon will always “go big” in concepts, product offerings and services to their clients.

Shortly thereafter, showing “go big” in action, Wilcon held a second event, the raffle draw for its “Money Back is Back” promotion. This January draw was held at the Architects, Builders, Constructors and Designers lounge at the Wilcon IT Hub in Makati.

The second batch of 19 winners was drawn with the help of representatives from the following Wilcon suppliers: Firefly Electric and Lighting, Electrosavers, ABC Philippines, NKD International Trading, Matimco and Landlite Philippines.

Wilcon had a trifecta of recent events. The Second Wilcon Cup was held in Tagaytay Highlands in mid-January. The golf tourney was fun as it was symbolic. Underneath the game’s competitive nature, the tournament was also a way of extending appreciation and gratitude to the people who’ve been helping Wilcon all these years.

Aside from building camaraderie, honing sportsmanship, and extending appreciation, the Wilcon Cup is also a testament of another Wilcon virtue—to serve and be of help to Filipino society. The proceeds of the event were turned over to the Wilcon Foundation to be used for educational programs, and to Crocodylus Porosus Philippines, for its Philippine crocodile conservation endeavors.

That’s the sort of charitable focus that is sure to bode well for Wilcon this Year of the Fire Monkey.