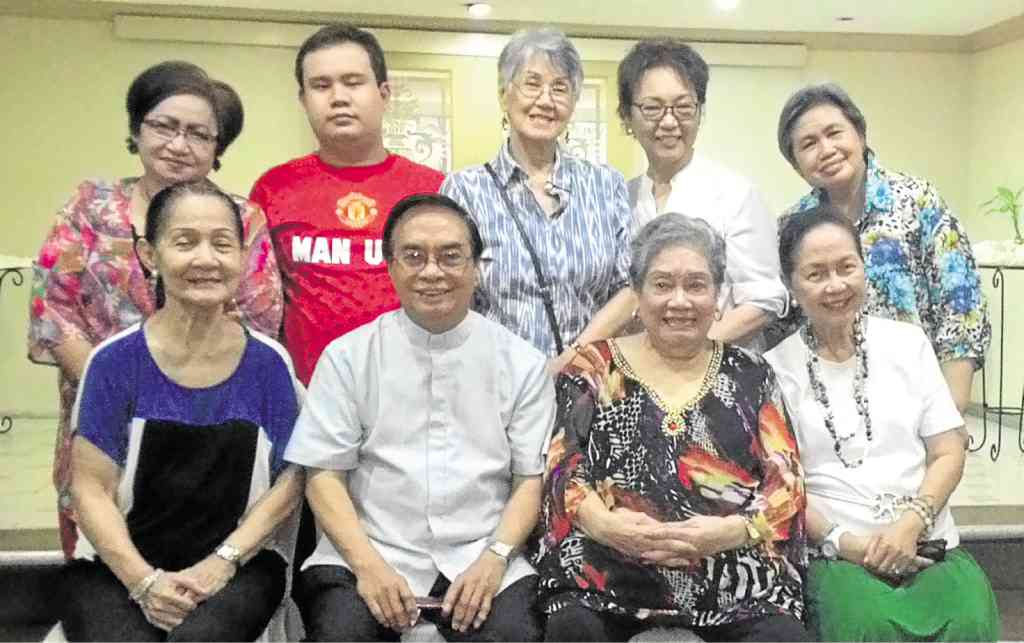 Barron, founder of the very popular Word of Life broadcast and social-media ministry, was the speaker in the IEC youth event.

Paraphrasing the French Catholic modern novelist Georges Bernanos, Barron told the assembly: “The only real sadness in life is not to become a saint. The most important thing and extraordinary expectation of the Church is that everybody in this room becomes a saint.”

Earlier in the congress proper, Barron lamented that most American Catholics do not attend Sunday Mass, and praised Filipino Catholics for reminding Western nations about the relevance of God and religion.

“That 70 percent of Catholics stay away from the Eucharist is a spiritual disaster,” said Bishop Barron.

The inspirational speaker and author pointed out that Western Catholics could learn from Filipinos, “whose faith, energy is exciting.”

The US prelate said that in his own diocese in Los Angeles, Filipinos are active in the church and are “vividly” living their faith.

“I experienced it very directly in America, Filipinos keep the parishes going,” Barron declared in a press conference.

He said the tide of secularism in the world is thwarted by the presence of Filipinos overseas.

“Secularism,” Barron explained, “is a disaster because we’re built for God and we know that… All the pleasure, all the power, all the honor that the world can give you, there’s still this restlessness in the heart, a restlessness of the heart.”

He said secularism damages society: “If we get marginalized by a secular society that sees secularism as the default position, and religion as kind of a nice hobby that some people have, that’s doing deep damage to society.”

It’s Catholics who remind secular society “of the longing of the heart, we’re the ones who remind people of what satisfies,” said Barron.

Barron warned that secularism is particularly damaging to young people. “Young people are taking in this ideology through every movie, every song, every commercial, and what it does is that it breaks the spirit, [causing] a deep unhappiness, a deep alienation,” he said.

Of the 720,000 people who follow Bishop Barron on Facebook, 250,000 live in the Philippines. “It’s a testament to the surprisingly, overwhelmingly vibrant quality of Catholic life in this great country,” Barron said about the reception to his media ministry.

Fr. Benjo Ledesma, parish priest of Assumption Church in Malate, Manila (across Manila Zoo), invites parishioners and pilgrims to the Lenten Pilgrimage on March 11-13 to Bicol.

Churches to be visited are St. Francis in Naga; Naga Cathedral; Peñafrancia Shrine, Naga; Basilica Minore; Holy Cross, Nabua; Our Lady of the Gates, Daraga; and St. Gregory the Great, Legazpi; with a side trip to Cagsawa Ruins in Daraga.

Pilgrimage fee is P5,000 inclusive of transportation and accommodation.

The San Lorenzo Ruiz Global Ministry observed the first death anniversary of its past president, Josie Darang, with a Mass and salo-salo at Manila Manor in Malate.

The board, led by its chair Fr. Erno Diaz, who is based in New York City, presided over the meeting recently held in the same hotel and discussed the forthcoming memorial concert in honor of the columnist.

Proceeds will support the “San Lorenzo Ruiz Global Hour,” a TV program addressing the spiritual needs of OFW’s, and the propagation of the devotees to San Lorenzo Ruiz, patron saint of migrant workers.