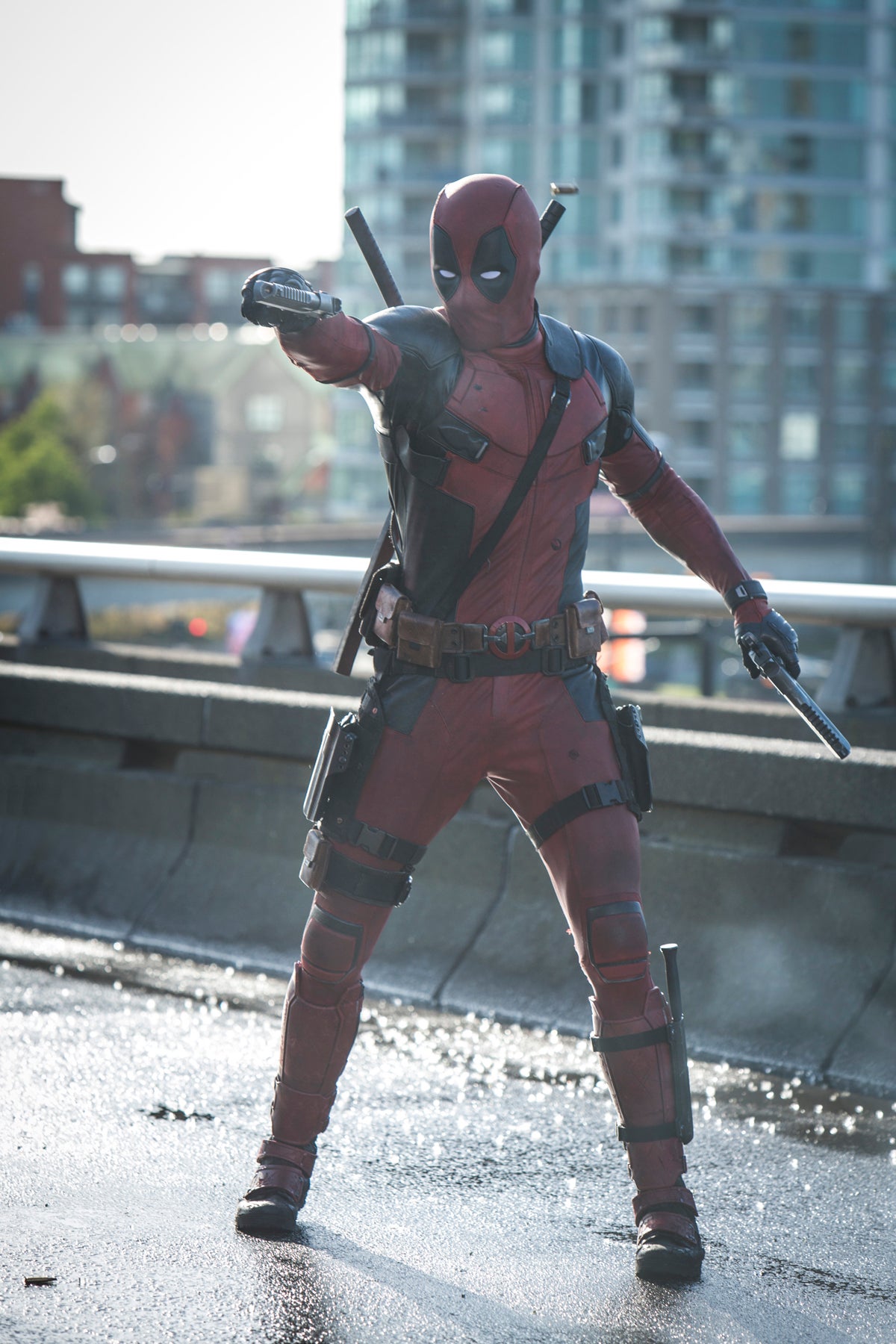 ATYPICAL HERO: Ryan Reynolds is the wisecracking merc with a mouth TM and © 2015 Twentieth Century Fox Film Corporation.  All Rights Reserved.  Not for sale or duplication.

‘Deadpool’ is an R-rated riot

THERE’S no other character like Deadpool, because he is, all at once, the best and worst possible Marvel Comics character to headline his own motion picture. Best, because the “Merc with a Mouth,” the wisecracking mercenary with the prodigious healing factor, is memorable and immensely popular. Worst, because he is funny to the point of being offensive or juvenile and, with his self-aware, fourth-wall-breaking antics, making a movie that suits him is a genuine challenge.

20th Century Fox’s “Deadpool” approaches that challenge with a mix of ideas. They got the same guy who played Deadpool in the 2009 film “X-Men Origins: Wolverine” (Ryan Reynolds) and a first-time feature film director in Tim Miller. But Miller’s expertise is in animation, and what is Deadpool if not the personification of a mad cartoon character.

“Deadpool” translates the comic book character’s mayhem-inducing ways with a spectacularly subversive turn by Reynolds. Reynolds uses the hunk archetype and inverts him, poking fun at the genre he is starring in (superhero movies) and even a superhero he was in (2011’s “Green Lantern”). Even when swaddled in Deadpool’s red-and-black distinctive body armor and full-face mask, you can tell that’s still Reynolds in there, joking away. “Deadpool” is correct in describing itself as a “love story” and “horror movie” where the “bad guy who f__ks up worse guys.”

Deadpool is Wade Wilson, a special forces soldier whose perfect life with the perfect wife Vanessa (“Firefly’s” Morena Baccarin in her best role ever) is interrupted when he develops cancer. A painful, experimental treatment saves his life, but horrifically disfigures him. It also gives him the aforementioned healing factor, so now he’s incorrigible and immortal. This is when one remembers Deadpool started out in the comics as a witty super-villain but his schtick worked so well he became a fan favorite.

Those fans will get what they want here, as “Deadpool” is really more about Reynolds cracking wise and cracking skulls than it is any kind of substantial story. This is, after all, supposed to be Deadpool’s origin. Ostensibly Deadpool, accompanied by the X-Men’s Colossus (a CGI creation voiced by Stefan Kapicic ) and Negasonic Teenage Warhead (Brianna Hildebrand), seeks to find the man who turned him into what he is, Ajax (Ed Skrein) in the hopes of reversing the process. Mixed martial artist Gina Carano plays Ajax’s super-strong right hand woman, Angel Dust.

In the process of that happening, Deadpool takes down about a hundred bad guys in wild, samurai sword-wielding, pistol-firing action—all the while yapping about what he’s doing. Yep, he is, in the movie’s own words, a “talker.” In the comics, Deadpool is conscious he’s just a comic book character and talks directly to the reader. Here, Reynolds comments comically on being a character in a movie, turning “Deadpool” into a superhero movie about superhero movies—except Deadpool is far from a typical superhero. Here, “superhero” is a bad word.

Reynolds really enjoys himself in the lead role, and it shows. His Deadpool has a winning charisma once you get past the scatological and sexual jokes. The writing, by Rhett Reese and Paul Wernick (“Zombieland”), is sharp and skewering. It’s really, really funny, once you get over the beheadings. Miller brings an eye-popping, kinetic and let-the-boys-be-boys approach to the crazy scenes. Some viewers may not like it, but “Deadpool” is clearly not for them.

Wild and sometimes whimsical, “Deadpool” is an R-rated riot, as the humor, nudity and violence in the film really is so over-the-top that it isn’t suitable for minors. Even the animation is offensive. When we say “Deadpool” is over-the-top, we mean it is ridiculously violent and gratuitously profane (it’s rated R-16), with the moviemakers trying to come up with new ways of dismembering people, all set to the most inappropriate use of love songs from the 1970s and ‘80s. And that’s the way a Deadpool movie should be. A raucous, rocking, blood-red film, “Deadpool” is, in others, a perfect movie for the most imperfect hero you can think of.