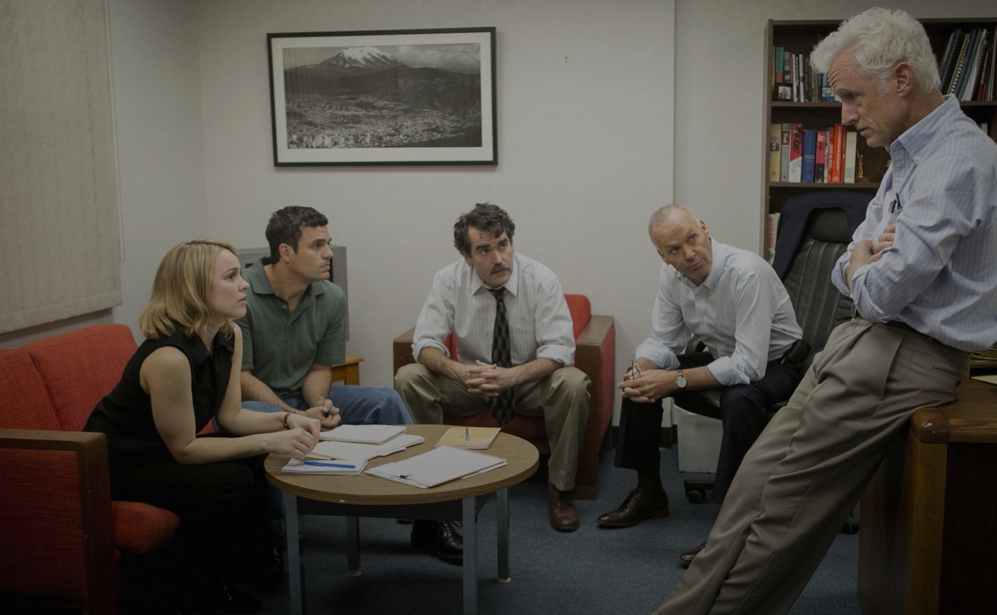 A scene from "Spotlight," Solar Pictures.

For overwhelmingly Roman Catholic Philippines, “Spotlight,” about how the Boston Globe in 2002 exposed the decades-old conspiracy of silence in the Archdiocese of Boston on clerical child abuse, is a painful but probably necessary viewing.

It is painful because it casts the spotlight on the sins of omission and commission by the Boston church hierarchy that enabled priests such as the late defrocked diocesan Fr. John Geoghan and the ex-Jesuit Fr. James Talbot to prey on children, adolescents and young seminarians for decades. The scars left on the victims by clerical sex molestation often resulted in an adulthood of substance abuse, turbulent internal conflict, and even suicide attempts.

And necessary because Catholics should determine their own complicity in perpetuating the conspiracy through their blind deference to clerics and through paying lip service to the demands of being called sons and daughters of God and members of the Church claiming to be true and to uphold the truth.

Lapsed Catholics all but still retaining some fondness for the Church they grew up with, theirs seems like a lonely and losing battle for truth, justice, and faith. In the end of course, truth and justice triumph, while faith is found shaken and barely holding—but perhaps still holding.

The movie sometimes cannot resist making cheap shots or sweeping claims against the Church: the crusading lawyer, Mitchell Garabedian (engagingly portrayed by Stanley Tucci), for example, declares that just as it take a village to build a child, it also takes a village, meaning the Church and Boston society, to destroy him.

But the tendentiousness is balanced by sensitivity not only to the victims but even to those who may have cooperated wittingly or unwittingly in the cover-up. After initial resistance to breach confidentiality, Jim Sullivan (movingly portrayed by Jamey Sheridan), the lawyer representing the Church, corroborates and confirms the list of clerical abusers presented by Robinson.

The movie likewise avoids sensationalism and instead of dramatizing the abuses themselves, chooses to focus on the investigative process and the punctilious journalistic spade work that led to the dramatic expose, what Globe executive editor Marty Baron (Liev Schreiber) calls simply as “good reporting.” This presentation eases the trauma on the victims as well as avoids unduly demonizing Cardinal Bernard F. Law (portrayed even-handedly by Len Cariou), who’s widely seen to have repeatedly failed to remove abusive priests when he was archbishop of Boston.

In the end, “Spotlight” is about hardworking and thoughtful journalists eager for a scoop, but more so, for the truth, and how their earnest devotion to it forces the Church and society to confront a sordid portrait of their own self-deception.

The spotlight on the failings of the Church continues to glare, burn and divide. But thoughtful and committed Catholics continue to open themselves to discussion in the hope of charting a new direction for the Church, one that would hopefully keep children safe, since the person—or institution—that leads children astray must suffer the wrath of the Gospel of Matthew: It would be better for such a person “to have a great millstone hung around his neck and be drowned in the depths of the sea.” CDG