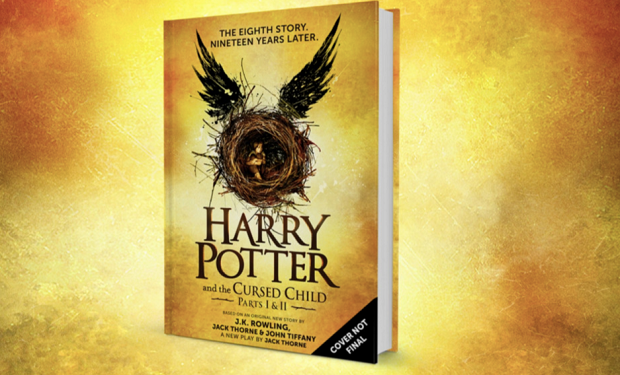 8th ‘Harry Potter’ book to be released on July 31

Best-selling author J.K. Rowling has officially announced on Wednesday that the script of the two-part play “Harry Potter and the Cursed Child” will be the series’ eighth book.

The said announcement was made on Rowling’s Pottermore website.

The book, Rowling said, would pick up 19 years after the events in the seventh installment of the highly-acclaimed series “Harry Potter and the Deathly Hallows.”

READ: Rowling not ruling out another Harry Potter book

In a synopsis given by Rowling on Pottermore last October, the “Cursed Child” will center on the story of an “overworked” Harry Potter employed in the Ministry of Magic and a father of three children.

“While Harry grapples with a past that refuses to stay where it belongs, his youngest son Albus must struggle with the weight of a family legacy he never wanted. As past and present fuse ominously, both father and son learn the uncomfortable truth: sometimes, darkness comes from unexpected places,” the synopsis read.

The new book, which was based on an original new story by Rowling, Jack Thorne and John Tiffany, will be first published as a “Special Rehearsal Edition” on July 31—a day after the play opens in London.

Furthermore, the release of the book will coincide with the birthday of Harry Potter.

A “Definitive Collector’s Edition” of the “Cursed Child” will be made available later.

Rowling’s best-selling Harry Potter series, which was published between 1997 and 2007, has sold at least 450 million copies worldwide. RAM