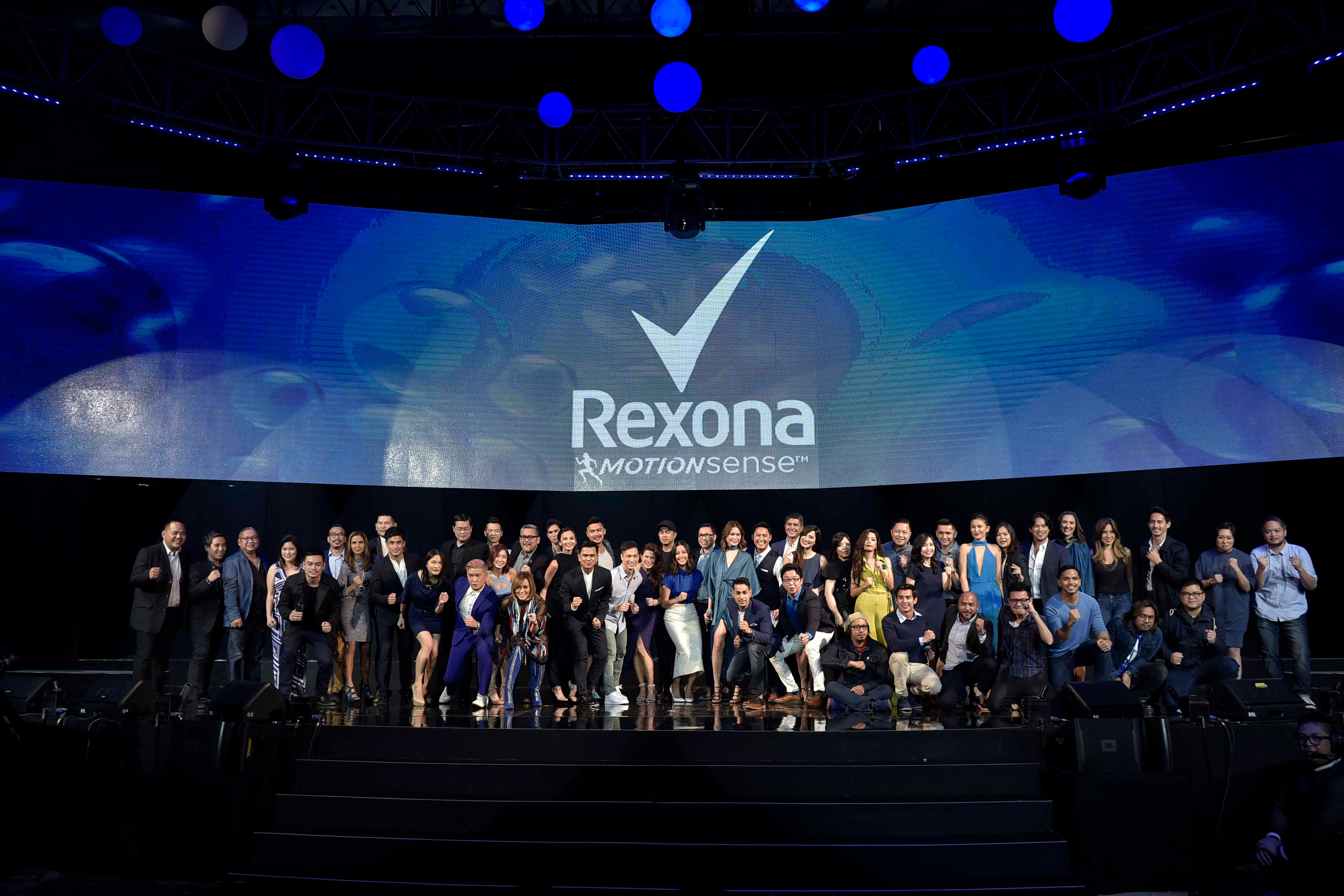 Keeping up with 50 accomplished Pinoys in perpetual motion

In five variants for women and three for men, Rexona Motionsense is the first and only line of deodorants with the patented technology that’s activated by movement.

“The more you move, the more it works, and the more protected you are,” said Gina Lorenzana, Unilever Philippines VP for personal care.

Lorenzana and Unilever PR head Apples Aberin reached out to these individuals and explained to them the campaign’s objectives as early as October last year.

“The effort is really in support of the hardworking Filipino both here and abroad,” said Aberin. “We’re rich in tourist attractions and natural resources, but if you go down to it, our greatest asset is still our people.”

Libiran said the challenge for him has always been how to forge ahead while remaining grounded: “It’s easy to get lost in a setting where you’re surrounded by important people. Knowing your priorities early on helps keep you grounded.”

For producer Mike Carandang, who migrated with his family to the United States when he was 13, it wasn’t only a clear sense of purpose, but also a keen awareness of who he was that paved the way for his success.

Carandang, former producer of “America’s Next Top Model,” always knew that he’d come back home someday and make a name for himself.

Sarte envisions the modern-day global Pinoy as someone “who breaks boundaries, levels up and does more than what’s expected of her: “Never in my wildest dreams did I imagine that I’d be selling my clothes internationally.”

Carmona saw the Rexona event as an opportunity to pay it forward. Before he became one of the country’s top fashion show directors, he drew inspiration from people within and outside the industry.

“They inspired me to take this path and eventually bring it to a higher level by creating my own events company,” he said.

Pineda appreciated that Rexona has chosen to focus on honoring not only them, but the talents and contributions of every working Filipino.

“I said yes because it is part of the message Budji Layug and I want to impart,” he said. “We seek to inspire and uplift the Filipino spirit through design.”

Anglo, chef and part owner of the restaurants Sarsa and Kafé Batwan, considered it “pretty cool” to be acknowledged for simply doing what “I love best.”

Said the Bacolod native: “It’s nice to inspire other people without even trying too hard, because this is what each of us do for a living. To be a mover, it’s organic that you translate that to whatever you’re giving off.”