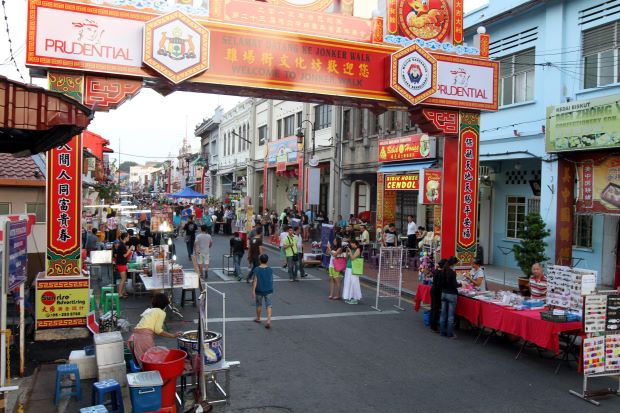 MALACCA, Malaysia — Traders at Jonker Walk are outraged by the sale of penis-shaped sausages, describing them as “an embarrassment” at the iconic night market.

“Many traders were upset over the sale of the disgraceful products before the Lunar New Year,” he said.

Gan said a trader who brought them in from Taiwan had tarnished the reputation of Jonker Walk, which was famous as a family-friendly night-market and gourmet destination.

He said the sight of the phallus-shaped sausages had upset several traders who called a meeting yesterday.

“A trader in his late 20s admitted that he was wrong to sell such an item, claiming he had just wanted to introduce something interesting,” Gan said.

“He said he bought the sausages from Taiwan and added his own ingredients,” he added.

He said the trader claimed that the sausages were popular among foreign tourists but not locals.

“The trader asked the committee to forgive him and promised not to sell such items anymore.

“The committee felt that the trader should have realised the sensitivities of his actions.

“As our society is different from that in Taiwan, we collectively decided not to intervene if the Malacca Historic City Council moves to punish him,” said Gan.

He said the shape of the sausages also outraged many tourists.

It was not proper to sell such items, especially when children made up a large number of visitors at Jonker Walk, he said.

Malacca mayor Datuk Zainal Hussin said the trader has been notified that his business licence will be rescinded because it was in violation of the permit issued that allowed him to sell souvenirs and snacks.