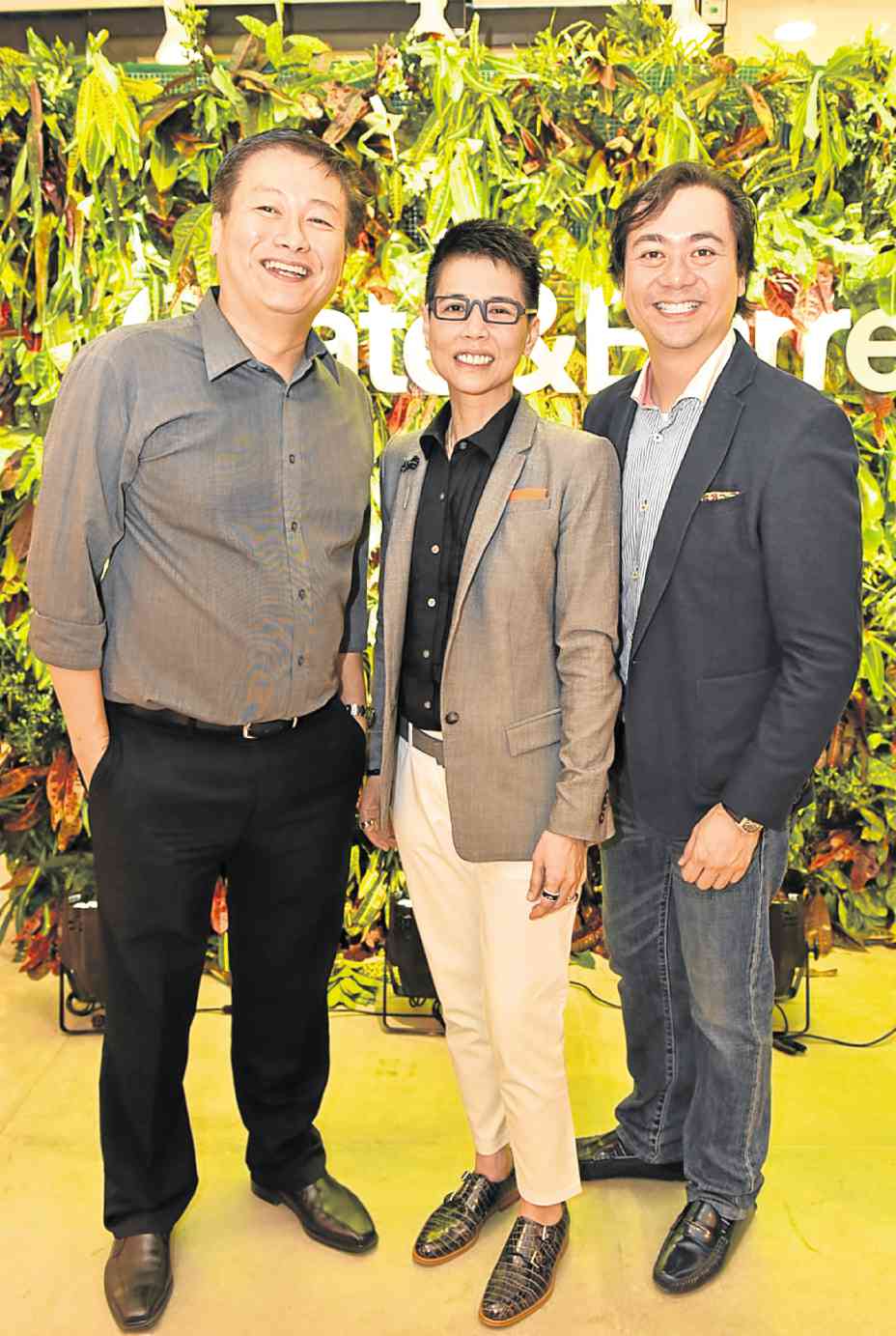 Xavier Btesh, prince of the ball

His close pals and famillie gathered to celebrate the birthday of chef Xavier Btesh at Nuvo Bar in Makati.

The birthday celebration was thrown by Ching Cruz and businessman Felipe Cruz. Flying in from Paris just for the occasion was Xavier’s brother, good-looking Cedric Anthony Btesh.

For those not in the know, Xavier and Cedric are heirs of famous French singer Richard Anthony, who rose to fame back in the 1960s and sold over 60 million albums.

Xavier is no stranger to the Philippines, first visiting in 1996. He has been chef at Nuvo Makati since 2012.

I  met this dashing chef over 10 years ago in Boracay while he was on a holiday, and we have been good friends ever since.

The invitation had instructed guests to come in red (for the ladies) and white (for the gentlemen), or they could mix up the two colors.

In attendance of this uber fun party were the who’s who of Manila society: Johnny Velasquez,  who sang a soulful rendition of Tina Turner’s “Proud Mary”; Maripie Muscat, Marco Lobregat, Andrew Gan, Eduardo Lacson from Monte Carlo, Alvaro Pertierra from New York and Viktoria Agbayani who rocked the night singing the Rolling Stones’  “I Can’t Get No Satisfaction.”

Much fun, laughter and warmth marked the evening.  Truly an awesome kick-start to 2016, as Xavier was overwhelmed with joy to be among his loved ones and well-wishers.

Crate & Barrel held a session to brief patrons on ways  to make their tablescapes fresh and stylish.

“This allows you to team new pieces with family heirlooms.  Celebrate contrasts, like shiny and matte, metallic with rough -hewn,” said Barretto.  “Add fruits, veggies or blooms in large containers for color and life.”

Anton said he would like “to be a bit more creative so I extend the expected to the unexpected.”

“I like mixing and matching,” he explained, “breaking pieces because for me entertaining is all about the memory that the guests will take away after the event.”

Barretto made a demo and played around with things on the table, using different elements, textures and colors. His tablescape had a blue, white and black palette with yellow, orange and green contrasts.

“Use lots of things that you have at home,” Barretto said. “Don’t be afraid to go a step farther and experiment, mix and match patterns, plains and prints that you have.”

Alindogan said she was a “practical person.” “So I didn’t choose plates with Christmas designs,” she said. “I chose plates that you can use all year round.”