Edsa as the best metaphor for the Filipino | Inquirer Lifestyle ❮ ❯ 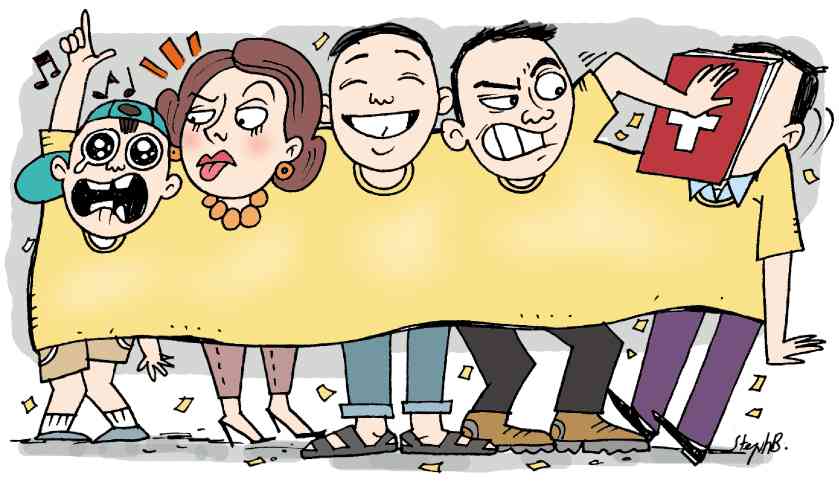 Edsa as the best metaphor for the Filipino

There is a parlor game we used to play in Hong Kong, using the qualities of objects, nature, the seasons, and even music, to pinpoint an individual within a group.

Now, if the typical Filipino were a street in Manila, which road would he/she be? Without hesitation, I and doubtless many others would point to Edsa.

Why Edsa? Because it represents the best and the worst, the crassest and the noblest in the Filipino character. Think Edsa 1 and Edsa 2. Think defenseless masses and nuns confronting tanks, armed only with flowers and prayers. Then think monstrous traffic jams, with vehicles at virtual standstill. Think palusot, and you have the oxymoron that is Edsa.

The streets of Manila are a notorious visual commentary on our lack of road courtesy and public rudeness. How paradoxical that from childhood, we are taught to be unassuming, obedient, never to talk back to our elders, and to keep our opinions to ourselves. Children are to be seen, not heard.

Why do many of them grow up into obnoxious, ill-mannered adults? Why are we upstanding citizens in other countries, but pasaway in our native land?

Is it vigilance in challenging doubtful government decisions or policies, or moving speedily to quash a wrong move by those in authority?

Is it to march in protest over perceived wrongs, demanding the right to be heard?

Is it to cast our ballot at election time, or rally to topple corrupt regimes?

Is it to stay away from criminal activity, elements and intent, say our prayers, and leave the task of good governance to the administration?

Is it to sing sentimental, nationalistic songs and take pride in calling ourselves “Pinoy,” with all that that word implies?

Is it all of the above?

When we show utter contempt for traffic rules and the right of other citizens to use the same road, are we not mocking our citizenship? Why are the people in positions of authority the first to thumb their noses at the very rules and laws they are sworn to uphold and protect?

The most visible display of our disrespect for ourselves and our lack of accountability is our behavior on the streets, especially on the streets of Manila, where sadly, we are at our worst.

Must we automatically drive at counterflow when traffic obstructs our path? Must we always drive right to the middle of intersections where we invariably block traffic?

Who gives restaurants and other business establishments the right to take over and mark off sections of the road as parking areas for their clients? Where do jeepneys and tricycles come off claiming public  roads for their terminals?

Why is it common sight for groups of policemen to hang around street corners, smoking and passing the time of day in banter and idle talk, while traffic is snarled somewhere in the vicinity?

Why are contemporary schoolbooks “sick” and in need of revision and replacement every year, when neither the subject matter nor the facts involved change with that kind of frequency, if at all?

Where have all the good teachers gone? Anywhere in the world, where the DH (domestic helper) take-home pay (plus free board and lodging and medical benefits) far outstrips any salary they can hope to receive as a teacher, even at private schools in the Philippines.

If there is a lesson to be learned from the two Edsas, it is that the salaries of people in public service are woefully inadequate and totally out of sync with reality.

A Janet Lim Napoles can only breed in a climate where “creative” methods of supplementing incomes become an attractive alternative to integrity and honesty in government.

In Hong Kong, government service is the envy of the private sector. It offers the best pay, the best perks, excellent housing, education, health and retirement benefits.

Government pay is the yardstick by which all others in the private sector are measured. Everyone aspires to work in the government. No wonder there are hardworking cops who do not spend their time idly chatting at street corners, waiting to pounce on unwary motorists to fleece them of petty cash.

At Hong Kong government offices, clerks and minor functionaries routinely do their work, requiring no grease money to act upon or release important papers.

If there is a word that should be banished from our vocabulary, it is the word sana. It is the embodiment of our powerlessness as individuals, and mirrors our wishy-washy attitudes and lack of political will.

Could this word be behind our inability, unwillingness, or hesitation to strive for and demand excellence from others and in our work? Is “pwede na” the result of “sana”?

And while we’re on the subject of words that demean us, why don’t we drop the use of the word “official” when we speak of our elected representatives and other government functionaries? Why don’t we refer to them, instead, by what they truly are—civil (or public) servants?

Perhaps by doing so, we can successfully disabuse ourselves —especially the masa—of the mistaken notion that government functionaries are our social, intellectual and economic superiors. At the same time, it will promote awareness on the part of government servants, that they owe their exalted office to us, the people (or to use P-Noy’s term, the masa as “bosses”).

If we are going to demand scrupulous honesty and integrity from our public servants, why should we continue to seek political patronage from them? Let’s stop asking them to stand sponsors at our weddings and children’s baptisms! Let’s stop turning to them for doles, for money to pay for funeral expenses, hospital bills and other needs or wants.

Let us get used to the idea that politicians are not feudal lords who must assume responsibility for our wellbeing; neither are we the serfs who must look to their largesse for our sustenance. Let’s get off the bad habit of financial dependence on politicians, and instead insist that they do their jobs by creating and opening up job opportunities for us, so that we may stand on our own feet and take pride in the integrity and honesty of our own work.

Come to think of it, why are our helpers now called kasambahay? Is being a katulong not an honest and respectable job?

To stop paying lip service to being good Filipinos, let’s start by being good citizens.