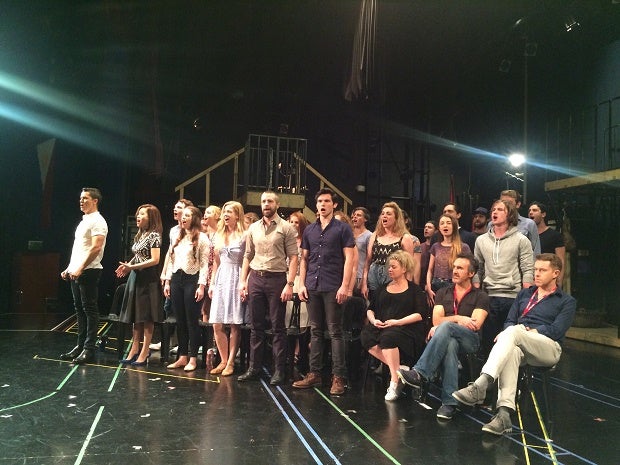 “Les Misérables,” Boublil & Schönberg’s spectacular musical, is expected to deliver a memorable experience to Filipino theater goers as it opens on March 11 at The Theatre at Solaire.

Based on the classic novel by Victor Hugo set in 19th-century France, “Les Misérables” follows the story of Jean Valjean, a prisoner hunted down by inspector Javert for breaking his parole. Along the way, Jean Valjean helps Fantine, a poor mother, to save her child Cosette.

Cosette grows up as a beautiful woman who falls for Marius, a war veteran secretly loved by the street-smart gamine Éponine. Their lives change as the revolution breaks.

We watched them practice a few songs at the rehearsals on Feb. 20 at Star Theater in Pasay City, and we are so looking forward to hearing powerful songs such as “I Dreamed a Dream,” “On My Own,” “Do You Hear the People Sing” live on stage.

“Les Misérables” is produced in the Philippines by Concertus Manila, and is co-presented by Smart Infinity. It runs March 11-April 17 at The Theatre at Solaire. Visit www.ticketworld.com.ph