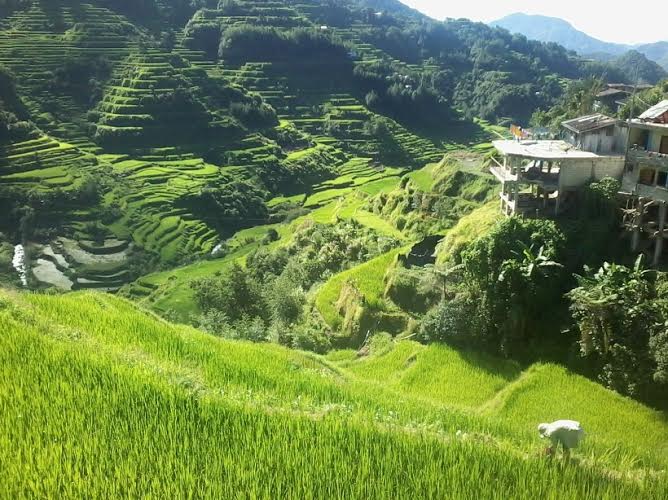 THE HEAD of the International Council on Monuments and Sites (Icomos) in South Korea has expressed misgivings over the construction of a seven-story parking building in Ifugao, which she said might mar the already scarred sightline of the Banaue town center in Ifugao province.

Icomos is an advisory body of the United Nations Educational, Scientific and Cultural Organization (Unesco)

Rii Hae Un, a professor at the Department of Geography of Dongguk University in Seoul, also echoes her group’s concern over the uncontrolled development on the Ifugao Rice Terraces.

She noted that the Banaue Rice Terraces weren’t included in the inscription of the “Rice Terraces of the Philippine Cordilleras” in the Unesco World Heritage List for scoring low in the “integrity criterion” because of the presence of numerous modern structures.

“Even though the Banaue Rice Terraces are not inscribed onto the World Heritage List, they must be kept as a cultural landscape,” she explains. “A seven-story building is not good. You have to think about it.”

Banaue town has two of five rice-terraces clusters that were inscribed on the Unesco World Heritage list in 1995—Bangaan and Batad.

The other clusters inscribed are in Nagacadan in Kiangan, Hungduan, and in central Mayoyao.

These Rice Terraces, including the one in Banaue (Viewpoint) were declared National Treasures in 1973 and 1978 through Presidential Decrees 260 and 1505.

Rii gave her observations to the Inquirer during the Philippines-Korea Icomos Exchange Program recently held at the Thomas Aquinas Research Complex of University of Santo Tomas Graduate School (USTGS), following a five-day tour of Ifugao, Mountain Province and the Ilocos provinces.

Experts from Icomos Korea were toured by the USTGS Center for Conservation of Cultural Property and Environment in the Tropics and professors of UST Graduate Program on Cultural Heritage Studies.

“Even outside the core or buffer zone, if there is a high-rise building, that also ruins the landscape,” Rii said, emphasizing the importance of the Rice Terraces as the first cultural landscape inscribed onto the World Heritage list.

“This is very important not only for the Philippines; this is important for the world, so you have to keep the traditional way of being a cultural landscape,” Rii said.

“If you build something totally new, then it can ruin the authenticity of the place,” she explained.

She suggested keeping the structure’s exteriors traditional. She said interiors could be modernized.

On the controversial parking building, she said “maybe you have to dig into the ground or expand it on a horizontal way. The architecture should not be too modern and should relate to the natural landscape.”

She also noted that the proliferation of high-rise buildings in Banaue would result in the place becoming generic and “the same as Manila.”

There should be regulation in height, “which should be around three floors only,” and the colors of the structures should harmonize with nature, she said.

Rii underscored the need to keep the traditional way inside the core zone of World Heritage properties, “but you could not force them to live like in the 18th century when they are living in the 21st century.”

Residents, she said, can have modernized life inside while maintaining the traditional appearance of their houses.

Rii observed some houses in Vigan needed repair since they looked abandoned and even ruined. She praised the Philippines for the Best Practice in World Heritage Award given by Unesco to Vigan in 2012, and the delisting of the Ifugao Rice Terraces from the Unesco Endangered List on the same year.

“If the government, experts, local people can help each other, then you can find a bright future for the Philippines,” she added.