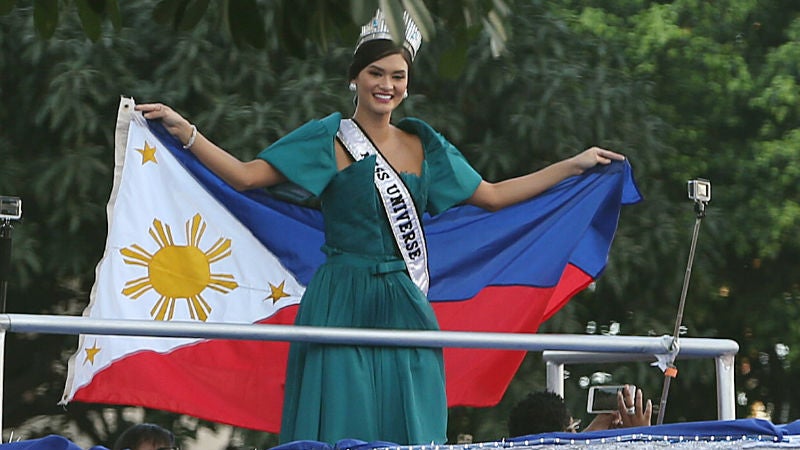 Even the most beautiful woman in the world, the universe rather, is hooked on watching the first presidential debate in 24 years.

In a series of tweets, Miss Universe 2015 Pia Wurtzbach said that she was excited to watch the #PiliPinasDebates2016.

She likened the debate to the grueling Miss Universe question and answer portion—the part of the pageant which she aced last December to end the country’s 42-year dry spell for the crown.

She said that it is no joke to answer questions under time pressure.

Even if she is staying in New York, the Filipino beauty queen woke up to catch the historic face off of the five presidential candidates.

As of this writing, it is around 6 a.m. in the Big Apple.