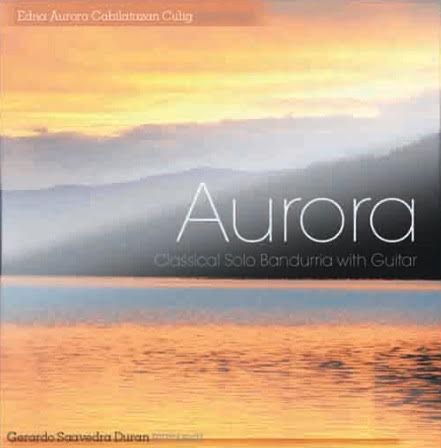 CELEBRATING its centenary this year, the University of the Philippines College of Music (CMu) has launched two landmark Philippine bandurria recordings or compact discs.

The CDs, “Hatinggabi” (Midnight) and “Aurora” (Dawn), contain the works of Edna Aurora Cabilatazan Culig, a UP alumna who also authored books on Philippine music like “Rondalla Arrangements of Filipino Folk Dances,” the first publication on music by the UP Press.

Culig is also the first national champion in the solo bandurria category of the National Music Competitions for Young Artists (Namcya) and the first chair of the latter’s rondalla categories.

“These independently produced CDs are milestones in recent discography of Philippine music for they are the first and second classical solo bandurria albums in the Philippines,” said UP Music dean Jose Buenconsejo.

The head of UP Music added the recordings represented Culig’s skillful techniques, depth of expression, and knowledge of classical bandurria playing.

“Hatinggabi” was first published in a cassette tape format in 1993 and was recently remastered.

“Aurora,” recorded in 2015, is a digital recording in two tracks accompanied by a 12-stringed Spanish bandurria and classical guitar in varied repertoire which include foremost recordings of two rare archived pieces of Filipino composer Jose A. Estella.

During the launch guitarist Gerardo Saavedra Duran and professor Michelle Nicolasora accompanied Culig in the performance as “the artist attempts to express beauty and uniqueness of each genre of music from different time periods and countries, like the vivid colors of aurora borealis at midnight, and the myriad hues at dawn.”