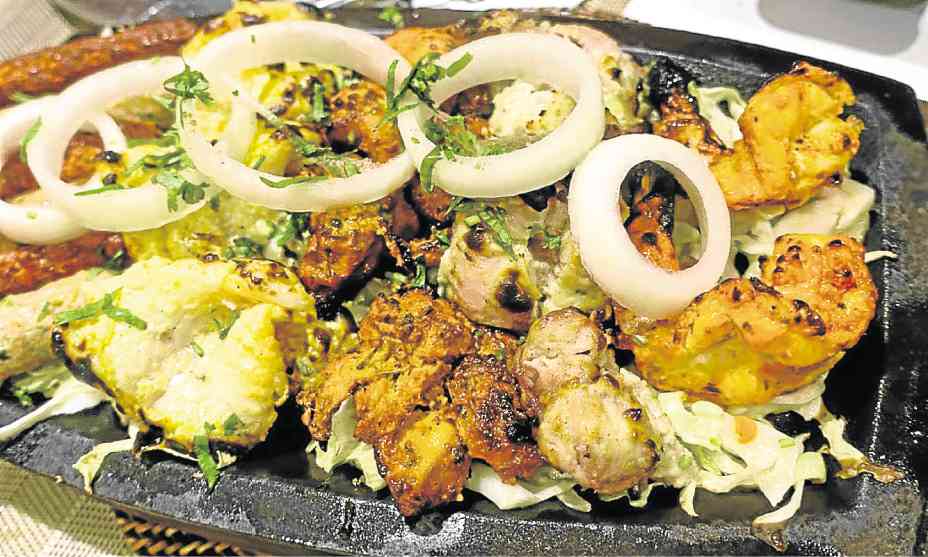 When it comes to ethnic restaurants in the Philippines, authenticity is still the name of the game. And by ethnic restaurant I mean exactly what you think I mean: non-Western cuisines that are niche and not familiar to the Filipino palate, not the way Chinese and Japanese food are now part of the national food vocabulary.

And even with Chinese food, those restaurants which try to be a bit innovative or avant-garde swiftly get kicked back into line, as happened with Lung Hin at Marco Polo.

I got a chance to eat at Silk Road, a modern Thai restaurant at Bonifacio Global City that was doing more interesting things than usual with that country’s cuisine, only right before it was shuttered, seemingly for good.

The “ethnic food” category has its use—you know at least that everyone is on the same page and knows what is being referred to. We sound as though we might be party people about town in London or New York who are regulars at the Wolseley or at Gramercy Tavern; but this week we’re feeling a bit adventurous and tired of the same old caviar and champagne crowd, so let’s slum it and eat somewhere “ethnic.”

This means let’s go to a dingy little dive with dubious hygiene, and with food with funny names and odd flavors, but it all reinforces how liberal and cosmopolitan we are and we’ll have great stories to tell the rest of the office when the work week begins.

One of the great Filipino delusions, especially among the Filipino middle class, is that we’re actually white. This brings about many problems, especially when the sense of identity is not affirmed, but the most relevant one for this review of the Royal Indian Curry House is that we see food from an ethnocentric point of view.

There has been a lot of cross-pollination among the Asian countries of late, and it matters less and less if an actual ethnic person is behind the stove or runs the restaurant. It hardly matters where the restaurant located.

But as long as we continue to view cuisines, such as Indian cuisine, to be “ethnic,” we will not ask that it be forward-thinking or inventive, only that, most importantly, it be authentic.

To be fair, though, it’s a reasonable request, because there simply haven’t been any good Indian restaurants in the city. Some start out well and then become bastardized once they expand. Others are grim to begin with and continue down the path of desecration.

The Royal Indian Curry House is a three-story structure along the row of narrow buildings beside Century City, skinny townhouses of varying heights like apartments along an Amsterdam canal.

There are two levels of opulent banquette seating and booths, with a nightclub on the top floor. The menu is 14 pages long, and only minimally translated, so ideally, you will need a competent server to guide you, though a passing familiarity with Indian menus should get you by.

We chose our favorites, and though we covered only a small part of the lengthy menu, I think I can safely say that the food is very good indeed.

Like most Indian food in restaurants outside India, the flavors felt a bit muted, as if they were behind a veil of some sort. This is the case in almost every subcontinental restaurant I’ve eaten in anywhere in the world, and I don’t know if it has to do with the spices having been imported from some faraway source or the chefs being slightly timid in a foreign environment.

“Medium spicy” translates to almost not spicy at all; the masalas for almost everything needed to be amped up at least a notch or two.

But the butter chicken was divine, especially with a nicely-puffed and buttered piece of naan to mop up the rich gravy.

The tandoori platter was executed with a wonderfully light touch, nothing overcooked or dry as meats that emerge from the tandoor often are.

The chollay bhature and mung dahl were perfectly balanced in their spice blends.

It’s not as good as mummyji’s, but it’s as good as I’ve had in any Indian restaurant.

The main problem with the place is the spotty service; especially because, with such an intimidating and unfamiliar menu, the server should be more than a runner and note-taker, but actively helps you decipher the offers and plans your meal.

Three of the nine items we ordered simply failed to turn up, the server had no idea what many of the items on the menu were, and we were overcharged for our drinks.

We might have the bad luck of running into someone who was on her first night on the job, but for some fussier people (I am actually fairly laid back about service unless in a fine-dining restaurant), this could be a pivotal point.

But you could be missing out on some very good food, if you turn away because of the poor service. I hope the problem gets remedied soon.

The Royal Indian Curry House isn’t just an invigorating ethnic dining experience; it’s also a restaurant that holds much promise and which I hope earns its place on the Makati dining scene.