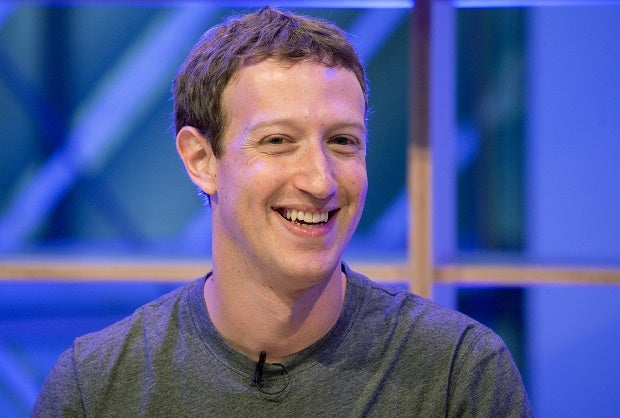 Mark Zuckerberg boasts he can change diaper in 20 seconds

BERLIN, Germany—Facebook founder and chief Mark Zuckerberg, whose first child was born in November, on Thursday boasted that he could change a nappy in 20 seconds.

“I am competitive guy, I time myself to get and better, and I got down to 20 seconds,” the 31-year-old told an audience in Berlin where he was receiving an award from German publisher Axel Springer.

“The trick is to slide the new diaper under the old one,” he added.

Zuckerberg’s Facebook page, which is “followed” by more than 43 million people, regularly features pictures of him with his wife Priscilla Chan, baby daughter Maxima and pet dog Beast. He has also posted a photo of him changing nappies.

READ: Zuckerberg to take time off from Facebook to be a dad

Despite his massive wealth, Zuckerberg—depicted in the Hollywood drama “The Social Network” as a socially challenged computer geek—still turns up at the office in a t-shirt, jeans and sneakers, topped off by his trademark hooded sweatshirt.

Touching on his famously dressed-down style he added: “I have colored ones (t-shirts) too but I wear them only the weekend.”

As they announced the birth of their daughter in December, Zuckerberg and his wife said they would give away 99 percent of their shares in Facebook—valued at some $45 billion—in a philanthropy initiative “to improve the lives of all those coming into this world.”

READ: New dad Zuckerberg to give away $45-B FB fortune to make better world for children