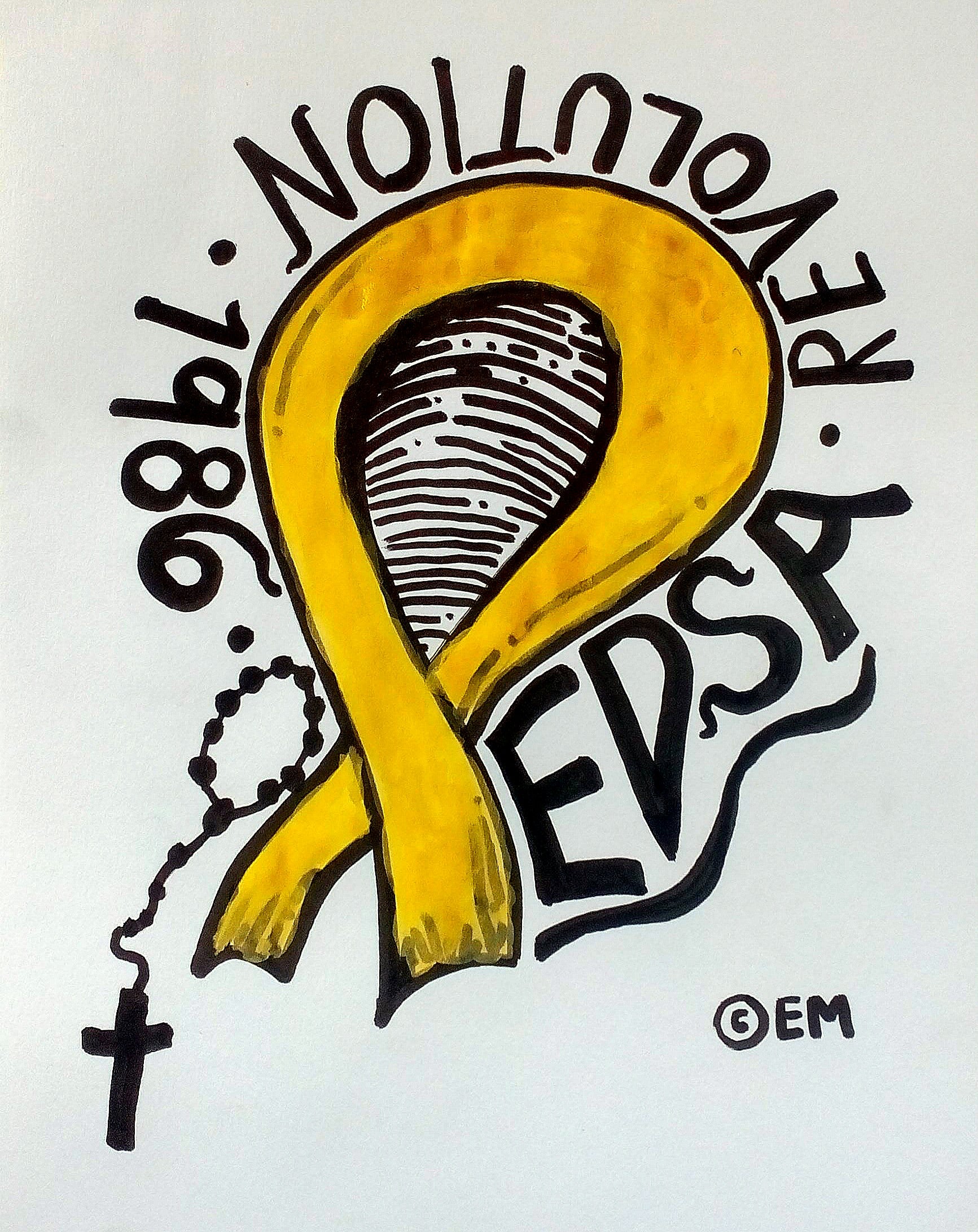 OVER the last three decades, much has been said about the Edsa People Power revolution. Most notably was how, for four days, it rallied millions of Filipinos to overthrow the dictator Ferdinand Marcos, who with his family and cronies, treated the country as if it was their own kingdom.

News accounts, as well as books written about it, cited the bloodless revolution of February 1986 as the culmination of Filipinos’ desire to break free from the chains of oppression that not only hindered the country’s progress of the Philippines but also robbed its citizens of their basic rights.

Indeed, the Filipinos’ struggle against Marcos’ 20-year rule marked a significant turn in the country’s history, which, for better or for worst, shaped the democratic freedom we now enjoy.

Thirty years after Edsa, Marcos’ widow, children, and his cronies have successfully returned to power with no remorse.

Her son and husband’s namesake, Ferdinand “Bongbong” Marcos Jr., is a senator and is currently eyeing the vice presidential post in the May national elections.

The question is, in the past two generations, did the Filipino people ever take to heart the lessons of Edsa?

And do the Filipino youth still understand the important role they have in continuing Edsa’s legacy of freedom and equality?

Sadly, for some, the flame of Edsa has slowly died—partly because of the misinformation and unfounded claims being spread on the Internet.

But for Edric Ian Vargas, a student of Bicol University (BU), it is important for one to never forget that the Edsa revolution marked the “rebirth of democracy” in the country.

“People longed to have the freedom they lost restored. They had enough of the Marcos regime’s oppression, and I think that’s the most important thing we should always remember,” Vargas said.

Vargas, a student leader, said one of the key messages imparted by the Edsa Revolution to the people,
especially to the youth, was to be active and courageous in advocating change in society.

To do his share in keeping the Edsa flame burning, Vargas and his organization—the BU chapter of the United Nations Educational, Scientific and Cultural Organization (Unesco) Club—
conduct the “Edsa People Power Caravan” every February in elementary and secondary schools all over Bicol to educate students of the importance of the People Power revolution.

Vargas recalled that when he first joined the organization’s advocacy in 2014, he asked the students about the first thing that comes to their mind when they hear “People Power revolution.”

“Most of them answered, ‘Marcos,’ ‘Cory,’ ‘holiday,’” he said, noting that beyond those three words, students appeared clueless about what the revolution was really all about.

“There was silence when I asked them if they knew what happened,” said Vargas, who now serves as a vice president of BU Unesco Club. “It just goes to show how little about the revolution is taught in schools. That’s why community-oriented organizations like ours emphasize the goal to find a cure to the disease of unawareness.”

Vargas said that one of the reasons he thinks today’s youth may have little interest in Edsa’s history is because of the current issues surrounding the post-Edsa administrations—especially persistent corruption in government. He, however, believes that problems the country faces can be solved only if Filipinos “never forget the lessons of Edsa.”

While De La Salle University lecturer Michael Charleston Chua, who was only two years old in 1986, has no memories of the Edsa revolt, he has learned of how the fervor rippled across the nation—from Baguio to Cebu to Zamboanga—through books and photographs.

The 32-year-old historian said some people who lived through martial law claim that Filipinos then were disciplined unlike now. Chua, however, noted that such was the case in the country because “it was a kind of discipline caused by fear.”

When martial law was implemented in September 1972, hundreds of opposition leaders, including Sen. Benigno “Ninoy” Aquino Jr., were locked up. In the years that followed, thousands of activists were either jailed or were never heard of again.

Chua added that while Filipinos have freed the country from dictatorial rule, the democracy and freedom they now enjoy “come with responsibility.”

“If Filipinos still cannot see any sign of prosperity after the revolution,” he noted, “they should ask themselves… Did they spend their lives adhering to the principles of a democratic system of government for the betterment of the country?”

He explained that “whatever transpired after the four-day revolution is already our loose ball. We are once again given the chance to mark a significant change in our history.”

For Julianne Olvina, a student at Ateneo de Manila University, imparting the lessons of the Edsa revolution, especially to children, can be done by anyone who has the heart and passion for it.

Olvina recalled that last year, her National Service Training Program class had an outreach program in partnership with the Edsa People Power Commission (EPPC), an institution tasked to closely coordinate with the private sector in perpetuating and propagating the spirit of the 1986 revolution.

Her class was asked to explain the ills of martial law to young children through a story, titled “Isang Harding Papel.” It revolves around a young girl named Jenny whose mother was imprisoned during one of darkest moments in our country’s history.

“My classmates and I struggled to tell a story we weren’t even a part of, to begin with,” she said.

Olvina noted that while it troubles them to hear some of today’s youth inexplicably praising the Marcos years, they did not shove their beliefs on the children just to make them change their minds about it. They instead made their storytelling more compelling to make the kids realize how it really was under martial rule.

She pointed out that the work of simplifying the story of martial law to make the children understand it became a lot easier after the several sessions they had with the kids and when they finally met the woman whom the character in their storybook was based on.

As Olvina kept on retelling stories with the kids, she learned that if Filipinos back then were so driven with passion to free themselves from such adversity, today’s youth can do so as well with the many new challenges it faces.

“The main goal of persistently telling these stories is because we don’t want it to happen again,” she said. “It’s important to keep the legacy of Edsa alive basically because we benefit from its gains.”

While that dark chapter in the country’s history is over, Olvina believes that more should be done to finally realize the dream of Edsa.

“It is now up to us, the current generation, to continue talking about the issues surrounding our past so that we may learn from them and be able to help shape a better future,” she said.