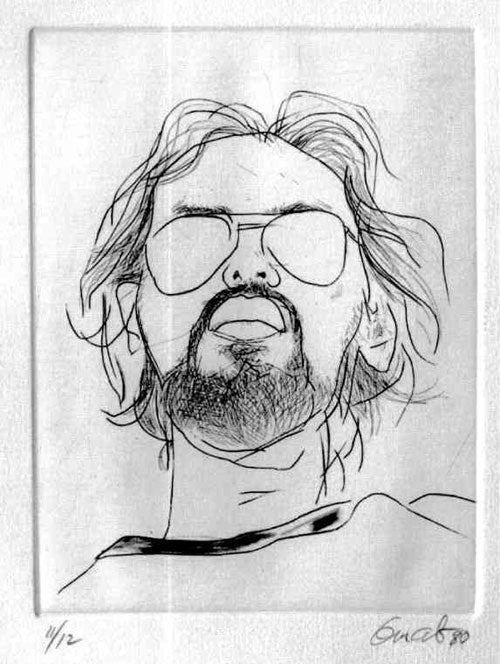 Portrait of Bencab as master printmaker 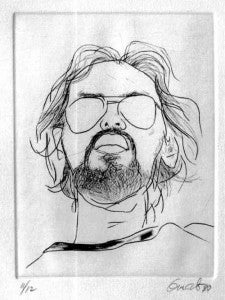 AFTER THIS show, there should be no more print shows.” Thus remarked National Artist Arturo Luz to this writer at the launching of “Bencab Graphics: A Print Retrospective” at the NCCA Gallery.

Stated with the authoritative ring of an edict, the judgment was meant not to be taken literally, of course, but to make a point: the high level to which fellow National Artist Bencab has brought the art of printmaking.

For so long regarded as peripheral to painting, printmaking had to prove itself as a vehicle for great art. Fortunately, thanks to the genius of artists through the centuries—Albrecht Durer, Rembrandt, Hogarth, Goya, Daumier, Klee, Kollwitz, Munch, Cassatt, Picasso, Roualt, Hockney, Johns—printmaking no longer languishes in the shadows of painting. The Japanese woodcut artists, such as Hokusai and Utamaro, in fact, were a significant influence on the works of the Impressionists.

To be sure, Philippine art has produced its own stalwarts in printmaking: From the pioneering Manuel Rodriguez Sr. down to Raul Isidro, Pandy Aviado, Fil de la Cruz, Ambie Abaño, and Benjie Torrado Cabrera. Established artists, such as Luz, Sansó, Magsaysay-Ho and Malang, have also enriched their art through printmaking.

While the graphic works of Bencab are iconographical extensions of his paintings, they are richly endowed with their own innate qualities. The various graphic arts—woodcut, lithograph, etching, mezzotint, serigraph—each have their own unique virtues.

Through five decades of painting, Bencab has sustained his passion for printmaking, from the late 1960s when he learned the rudiments of the medium in the workshop of the late Maring Reyes Llamado, through his years of expatriation in London, to his recent residency at the Singapore Tyler Print Institute (STPI).

To date, Bencab is the only artist, Asian or European, accorded the honor of a second invitation, making available to him all the state-of- the-art facilities and technical expertise of the STPI staff.

Half a century since his first print is a distant enough time to trigger in the artist and the viewer a sense of nostalgia. Throughout the major themes of Bencab, there runs a deep strain of longing for the past. Bencab’s horde of admirers, many of whom were in full attendance on opening night, can now rejoice at the delight and pleasure of viewing this rare gathering of the artist’s prints.

The “Larawan” prints range from images based on turn-of-the-19th-century photographs to the series of contemporary Filipinos in exile, primarily the “Old Timer” in the US and the domestic workers abroad. 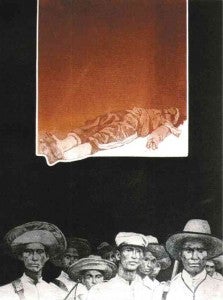 Still ravishingly exquisite is the print of “Two Mestizas,” which captures an elegiac past, portraying in the stillness of their pose, two elegant ladies, both garbed in the traditional native attire of baro, panuelo, saya and tapis; one with a parasol, the other seated holding a fan.

The print was displayed side-by-side with its etched metal plate, displaying its reverse image. Unless an artist authorizes what is called a “re-strike” or a reprint, the prints will remain, in their limited edition, which are held to be more precious.

The other primal image of Bencab is “Sabel,” which remains a fertile source and the central subject of his art. The image, it seems, springs eternal, and in the early prints, Sabel is depicted in her trademark body shroud, draped like the lineaments of the country’s poverty. Such is the affiliation of Sabel in the viewer’s mind that she is invariably recalled by Bencab’s other subjects, such as the dancer Isadora Duncan and the Japanese geishas, alluding to the ukiyo-e prints. disparate from the classic themes of Bencab, “Boxed Objects,” a suite of three prints, are a marvel, with not an errant line in sight. A surrealist tone is evoked by the assembly of unrelated objects—spiny shells, pottery, a pair of pears, figural sculptures, an armature looking like a wiry Giacometti, a native chicken cage—within the constricted space of a box, bisected by a shelf.

Bencab’s vaunted drawing skills come to the fore in this intaglio process of line etching and aquatint. The word “etching” comes from esten, Dutch for “to eat.” The design in an etching is eaten out of the metal by chemicals.

Aquatint is an intaglio technique for creating tones and textures in a metal etching plate. The plate, is sprinkled with powdered resin, then heated so that the resin melts and clings to the plate, creating a porous, overall ground. Intaglio comes from the Italian intagliare, meaning “to cut, carve or engrave.” (“Prints: The Facts and Fun of Collecting, Randy Rosen”).

Recent prints done during Bencab’s Singapore stint are represented mainly by “Glimpses of the Past,” featuring Cordilleran natives, depicted in their past and present states, from bare-breasted to Bench-shirted.

The tension between the past and present of the Filipino has been ever constant in Bencab’s oeuvre. It is a defining insight in his art, transcending the visual seduction of the merely charming and picturesque.