When philosophy is not all Greek to us | Inquirer Lifestyle 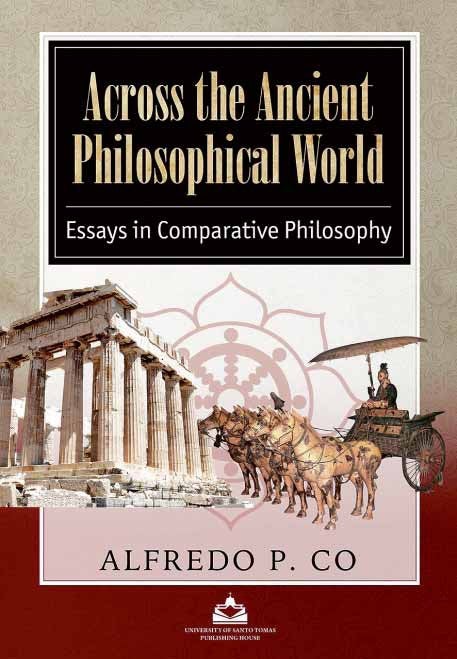 When philosophy is not all Greek to us

IT IS AUSPICIOUS that Alfredo Pimentel Co’s newest book, “Across the Ancient Philosophical World: Essays in Comparative Philosophy” (2015; UST Publishing House; tel. 7313522), is appearing at this critical juncture of Philippine and even world history.

Acclaimed here and abroad for his scholarship and pedagogy as evinced from his long-standing chairmanship of the committee on philosophy education of the Commission on Higher Education, “Doctor Co,” as he’s called in philosophy circles, has come up with a collection of his more penetrating essays that synthesize the teachings of the three key ancient philosophical schools—Attic Greek and Asiatic Chinese and Indian—while intermixing them and extending their reach and influence to the present, the better to illustrate their continuing relevance in a new millennium often called “postmodern” that rhymes somehow yet revealingly with “postmortem.”

This book on comparative philosophy is auspicious because it comes at a time when the Philippines prepares to go into another election that may determine whether the democracy it has inherited from the West has any substance and relevance at all or is, as often the case, vacuous as a Hollywood no-brainer.

Likewise with its insightful investigations on Asian intellectual traditions, “Across” can help define the Philippine worldview, if any, a worldview that has been determined by the Judaeo-Christian tradition but has been so secularized, cheapened, and even emasculated, so that Philippine responses to a number of geopolitical issues—the territorial disputes with China and the apparent return to a relationship of dependency with the United States—have been wishy-washy and neither-here-nor-there.

A long-time professor of philosophy at the University of Santo Tomas (UST), Doctor Co is especially suited by his multiethnic background, academic training and historical milieu to approach ancient philosophical movements in a comparative mode, pit their relative strengths and weaknesses, probe the questions they seek to tackle and resolve, and point out their similarities and divergences.

Perhaps most important, Doctor Co, who took up his undergraduate studies in philosophy at UST between 1968, the year of the campus riots in Europe and North America, and 1972 when martial law was declared, is perfectly situated by his historical experience to meld the ancient, the modern and the contemporary, and defend the continuing relevance of the study of wisdom and the search for it across the ages—amid an age that cannot go beyond the material, the financial, the shallow and the hollow.

Amid the tumult of the last quarter of the 20th century, Doctor Co took up graduate studies at UST, the oldest school of philosophy in the western tradition, in Asia. Having learned the solid perennials of classical philosophy at UST, he took up post-doctorates in China and France, the former on a Soka University of Japan scholarship to the International Studies program of the Chinese University of Hong Kong, and the latter on a French government scholarship to the Sorbonne. Therefore, as if at the sight of a world coming unhinged, of the Yeatsian specter of the center not holding, Doctor Co chose to go back to the old verities established by classical philosophy: Occidental, Oriental and even Catholic.

A pioneering scholar of Orientalia in the country, Doctor Co has made his philosophical investigations amid his labors as a teacher in UST. In his foreword to the book, Fr. Herminio Dagohoy, OP, rector of UST, describes Doctor Co as a “brilliant mind and a good soul [who] has undoubtedly shaped the landscape of philosophy in the Philippines.”

“Across the Ancient Philosophical World” gathers Doctor Co’s most important papers on comparative philosophy in the new century. They tackle universal themes of man’s search for happiness, for a stable social and ethical order, for peace and amity between peoples and cultures, and for transcendence. 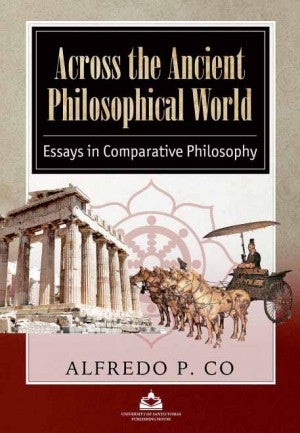 The forums where the papers were delivered should show not only Doctor Co’s international profile but also how key humanist institutions from Asia and Europe seek to engage vice versa in interreligious, intercultural dialogue.

“At the Agora, In the Wilderness, Across the Warring States” was a plenary paper in the 2012 biennial conference of the Academie du Midi, a philosophical association fostering an East-West, cross-disciplinary dialogue among scholars. Ditto with “Siddhartha, Socrates and Zhuang Zi: Laughter Across Ancient Civilizations,” which had been delivered four years before.

Meanwhile the paper on Laozi, “Hermeneutics of the Genius of the Absurd: Interpreting the Dao,” was delivered to the Pontifical Institute of Philosophy and Religion in Pune, India.

Perhaps the three most interesting papers for Filipino Catholic thinkers seeking to meld their Judaeo-Christian and European philosophical heritage with Asian philosophical traditions are “Beyond Ricci and Longobardi: Exploring a Dialogue of East-West Transcendence,” delivered in 2009 when Manila hosted the third international Conference Mondiale des Institutions Universitaires Catholiques de Philosophie; “Catholicism in Asia: Discoursing the Impacts in China and the Philippines,” delivered at the John Paul II Center of the University of Lublin in Poland in 2012; and “Rites and Languages: How to Transmit Faith to a New Generations,” a brilliant essay on Christian and Oriental liturgies and rituals, delivered in 2013 at the Urbaniana, the pontifical university of the Propaganda Fidei in Rome, whose incumbent rector is Cardinal Fernando Filoni, a former apostolic nuncio to the Philippines and Iraq.

In all of these investigations, Doctor Co remains true to the spirit of comparative philosophy

—from the Latin “comparare,” which is to “make equal with, liken, bring together for a contest”—the various intellectual traditions and currents, interfacing them, making them complement one another while likewise pointing out their disparateness and disagreements.

Without historical reductionism or simplistic solutions, Doctor Co has guided us to the adventure of thought across the ages. He has shown us the agelessness of philosophy.