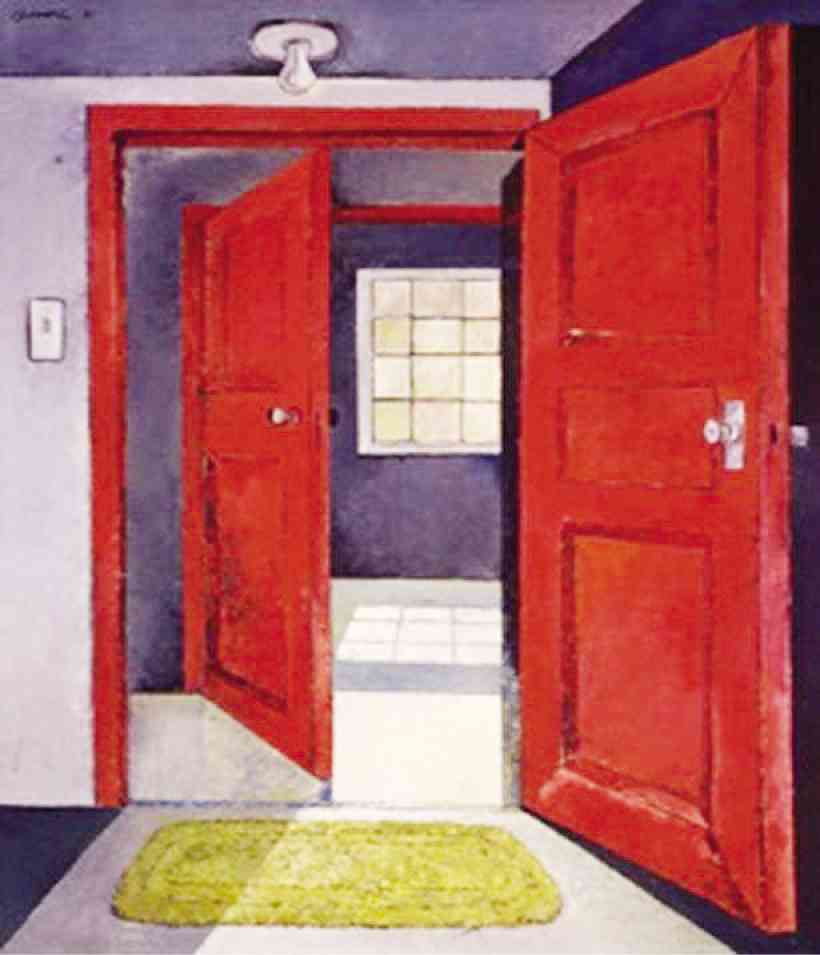 Ang Kiukok: From Xiamen to Davao to National Artist

“ANG KIUKOK: The Golden Years (1954-2004),” a retrospective exhibition of works by the master painter, will open March 1 at Ayala Museum in Makati.

The date would have been the late artist’s 85th birth anniversary. The exhibition is part of Ayala’s annual series featuring the Philippines’ National Artists for the Visual Arts. Ang was conferred the honor in 2001.

Fifty paintings and ceramics from the 50-year career of Ang, curated by his son Andrew, will be shown. The last retrospective exhibition of the artist was 12 years ago.

Aside from some of the artist’s most iconic paintings, never-before-shown pieces from the Ang family are included. Most of the works are from private collections and have not been exhibited before.

At a young age, a commercial artist taught him how to make charcoal portraits. The family moved after the war to Cotabato, where Ang made movie billboards.

They later moved to Manila, where he studied at University of Santo Tomas, the cradle of modern Philippine art. Among his teachers was Vicente Manansala, who became a lifelong friend.

In 1955, his work “Calesa” won 3rd Prize in the Modern Art category of the 5th Shell National Students Art Competition. Manansala asked his assistance in painting a mural (now in a private collection) at the National Press Club.

In 1959, Ang received a special award for his painting “Blind Musicians” at the Art Association of the Philippines’ 12th annual art exhibition.

Also included in the Ayala show is “The Beggar Girl,” an early work that can be directly related in technique to Manansala’s “Veronica.”

Over the years, the two masters influenced each other’s work. Ang was also influenced by his other contemporaries such as Arturo Luz.

Ang made only one self-portrait, a modest-size piece which is the first painting in the gallery.

Although trained in the craft, Ang did not enjoy making portraits since he felt the artist could not paint what he saw; he instead had to please the sitter. The few that he did display his mastery of the human figure, as we see in his portrait of Maria de Jesus, who later became his wife.

In 1961, he was commissioned to do a mural for Davao Insular Hotel—“Fishermen”—now part of the collection of Ayala Corp. (Ang’s other mural, commissioned by the National Manpower and Youth Council, “Men at Work,” was done in 1975).

By the 1960s, Ang was garnering international recognition, receiving awards in Saigon and Taiwan; The Museum of Modern Art in Hawaii acquired some of his works.

He became best known for his fusion of Cubism, Surrealism and Expressionism, influenced by Mexican modernist Rufino Tamayo, Picasso and the Cuban artist Wilfredo Lam, but in a style distinctly his.

In 1965, he went to Los Angeles together with Manansala. He went on his own to explore New York and Paris. He was deeply troubled by the way the machine had taken over American life. The paintings he later exhibited at Luz Gallery depicted robots and androids.

His personality was “placid and affable” to most people. He was a man of few words, but he could be quite curt and direct to the point. He could treat matters like he ate fish, right to the bones (and it was thus that he painted them).

His works are intense. His Catholic background shows in his works on the Sorrowful Mother and the Suffering Christ. He painted not only pain but also rage: fighting cocks; dogs mauling each other or howling at the moon; people inflamed, struggling against chains physical and mental.

When asked why he was so angry, Ang replied, “Why not? Open your eyes. Look around you. So much anger, sorrow, ugliness. And also madness.”

But later in life, he saw the balance of life. He painted the Rosary Queen, images of the benevolent Virgin Mary in procession. He painted lovers, mothers and fathers cradling children.

He started depicting not only junkyards, but also open doors and windows. Yes, cacti were full of thorns, but there were also blooms. He depicted clowns, sad but also funny.

Ang felt fulfilled as he saw the harvest of the years: farmers embracing sheaves of grain; fisherfolk grappling with full nets and huge fish. It was in those years that he had attained success.

In the lean seasons, there were few who appreciated his works but, in later years, admirers were lining up for his works, and he could not make enough to satisfy the market. Ang kept on painting until shortly before he succumbed to cancer.

Unfortunately, forgers have taken advantage of Ang’s popularity. Fake sketches first started emerging in the late 1970s, copied after a book on his drawings published by the National Media Production Center.

From the mid-1980s, tempera and oil paintings based on published works of Ang began appearing on the market. The number of fakes has increased recently.

Early on, the artist began to document his works. Every painting that left his house was recorded in books kept by his wife, who was an accountant.

Today, his son Andrew and Finale Art File, the gallery the artist worked with throughout most of his career, zealously keep records and safeguard the integrity of Ang Kiukok’s body of work.

Retrospective exhibitions such as “The Golden Years,” which runs until June 26 at Ayala Museum, greatly help educate the public in the appreciation of the authentic works of our National Artists. A hard-bound catalogue will be launched on the opening day of the exhibit.