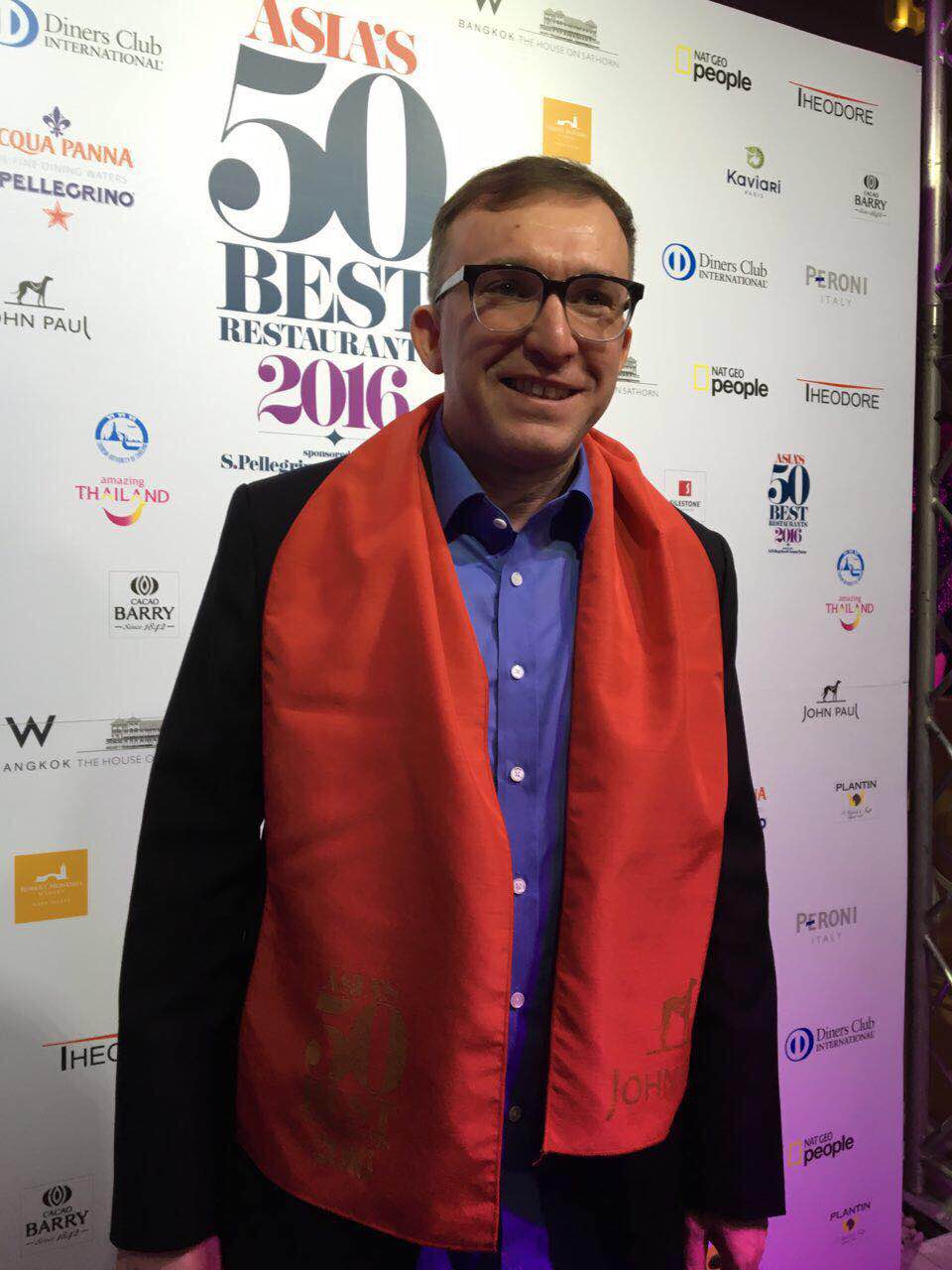 Gallery Vask, which is helmed by Chef J. Luis Gonzalez (known fondly to most as “Chele”), received the #39 ranking Monday.

The annual awards sponsored by San Pellegrino and Acqua Panna, honors the most outstanding restaurants in the region and was handed out by William Reed Media, which also awards the World’s Top 50 Restaurants prize.

Gonzalez is from Torrelavega, Spain, near the Basque region, but came to work in the Philippines by way of El Bulli, as well as Arzak and Mugariz, among other posts.

In a surprising move over the past few years, he has changed the menu at Gallery Vask from a more Spanish-accented menu, heavily influenced by molecular gastronomy, to a more Filipino-influenced one, that nevertheless benefited from the refinement and precision of technique from his training.

At a dinner towards the end of 2015 he described his menu as “completely Filipino.” His new status, he says, is tremendously exciting and comes at just the right time. “We’ve just started a new menu [from last year], and we’re doing all these new things at the restaurant. We’re working with local producers and sourcing from indigenous communities like the Aetas; all our seafood is 100 percent local now.

“This award is very exciting, not just for me but for the restaurant scene in the Philippines — especially the fine dining scene. If it can give it some new energy I will be very happy.” TVJ