Why the Japanese go to this ramen place | Inquirer Lifestyle ❮ ❯ 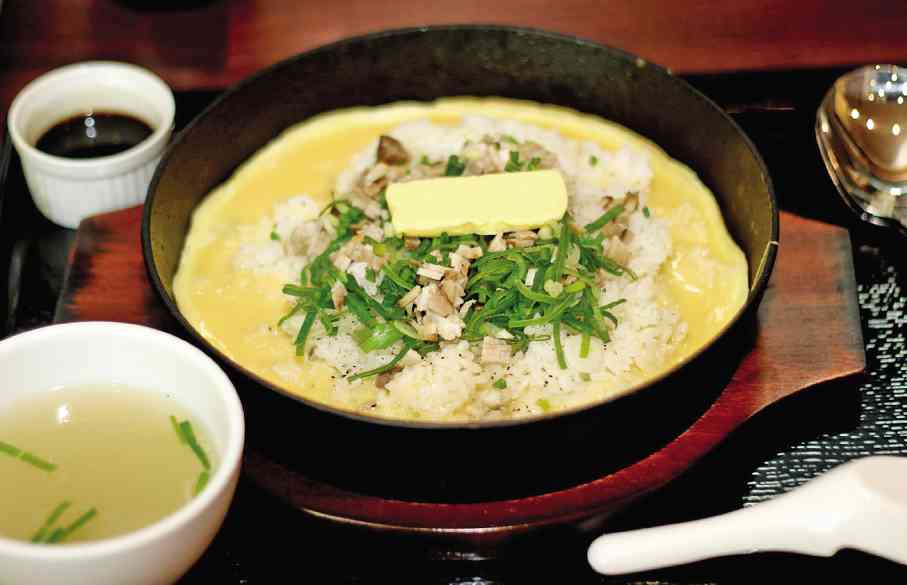 Why the Japanese go to this ramen place

A couple of hours after the ribbon-cutting, Ramen Kagetsu Arashi at Net Park was already packed with ramen devotees and yuppies slurping their bowls of comfort food.

The brand is synonymous with its signature Genkotsu Ramen, concocted with a broth of pork fat and infused with garlic for high-impact flavor.

Pork bones are simmered for hours until they dissolve, creating a milky, intense broth. Tender, salt-sweet, fatty chunks of char siu, the Japanese version of braised pork belly, plus delicately sliced green onions, crispy bamboo and a strip of nori float on top of the broth and the chewy al dente noodles.

The alkalinity of the salt gives the noodles a yellow tinge, leaving them firm in the searing temperature of the soup without disintegrating into a gooey mess.

Other restaurants serve ramen with soft-boiled or poached egg that collapses on contact with the spoon or chopsticks. Ramen Kagetsu Arashi garnishes the ramen with hard-boiled egg to avoid the mess.

The repertoire of this local franchise sticks to the common flavor bases infused with the Japanese chain’s tare or seasonings that produce the complex flavors.

The miso version has a lingering salty sweetness, for instance. A lighter and nourishing Sio Ramen is made with sea salt, while the Barikara Ramen is zapped with chili paste.

For meat lovers, Char Siew Ramen is generously crowned with marinated pork belly, basted over low temperature until the fat has yielded. Spiked with ginger and garlic, it is one savory dish.

Ramen Kagetsu Arashi opened in 1993 in Japan, targeting the working class. It now has close to 300 ramen shops in Japan and 40 in Asia.

“There are 66,000 ramen shops in Japan. Every year, some 3,000 new shops open and about as many close. Although there is keen competition, Ramen Kagetsu Arashi has survived 23 years,” said Yoshihiro Tsurumi, executive vice-president of Globeat Japan, the restaurant chain’s mother company.

Sales were up in its early years due to the novelty. But when it wore off, sales took a downturn, he recalled. To get the market excited, the company collaborated with celebrity chefs to create over 90 flavors. It produced new ramens with such names as Ghost, for a ramen with milky broth; and Kurumusha (“black samurai”), a bowl of dark broth.

The restaurant adopted the term “Arashi,” which means storm—a metaphor for how it aims to take the public by storm with its innovations.

In the Philippines, the average price for a bowl is P330, a junior bowl P225. Char Siew Ramen, with its generous slices of pork, costs P410.

Media scion Paolo Prieto, treasurer of Arashi Foods Phil., the local partner, is no stranger to the food business.

The Prietos pioneered in fast food brands and introduced Shakey’s Pizza and Dunkin’ Donuts to the Philippines. Prieto sits on the board of the family-owned Golden Pizza, Inc. and Golden Donuts.

Although he has been in the food industry for 20 years, Prieto said Ramen Kagetsu Arashi is his first venture on his own.

His friend, Remegio Tan, president of Arashi Foods Phil., invited Prieto to Japan in 2013. Prieto immersed himself in the culture, enjoyed the cuisine and met the principals of Ramen Kagetsu Arashi.

The first Ramen Kagetsu Arashi opened at Paseo Center in Salcedo Village, Makati, in 2014. Sales have been good, with the local Japanese community having become a good part of the clientele.

His personal favorite is the Genkotsu Ramen.

“I like garlic. This ramen is not so heavy. It’s a common comment by customers that a ramen bowl is so heavy that you want to sleep afterwards. But ours is not. We’re healthier because the soup is lighter. It doesn’t make you feel bloated,” he said.

Prieto recommends the gyoza, pot sticker or dumpling with crisp skin of elastic dough with meat and vegetables.

The itameshi, meanwhile, is a smoky, fried rice bowl enriched with egg and butter and spiked with garlic.

“It’s cooked right in front of you and you can share it with friends,” said Prieto.

Asked what’s it like to straddle food and media (he is president of Inquirer Interactive Inc.), Prieto noted the similarities: “You’ve got to know your market and your readers.”

He added that in retail, location is everything.

“We have a good product and we’re happy to be at Net Park. It’s between the main streets of 4th and 5th. The new building sports a New York design.”

While wearing his different hats in business, Prieto still manages to keep in shape by playing golf.

He has a single-digit handicap, the mark of highly skilled golfer.

“I never wanted to have a zero (handicap); you lose a lot of money. I’m happy with my 8,” he said with a grin.