A second outfit after the Oscars | Lifestyle.INQ ❮ ❯ 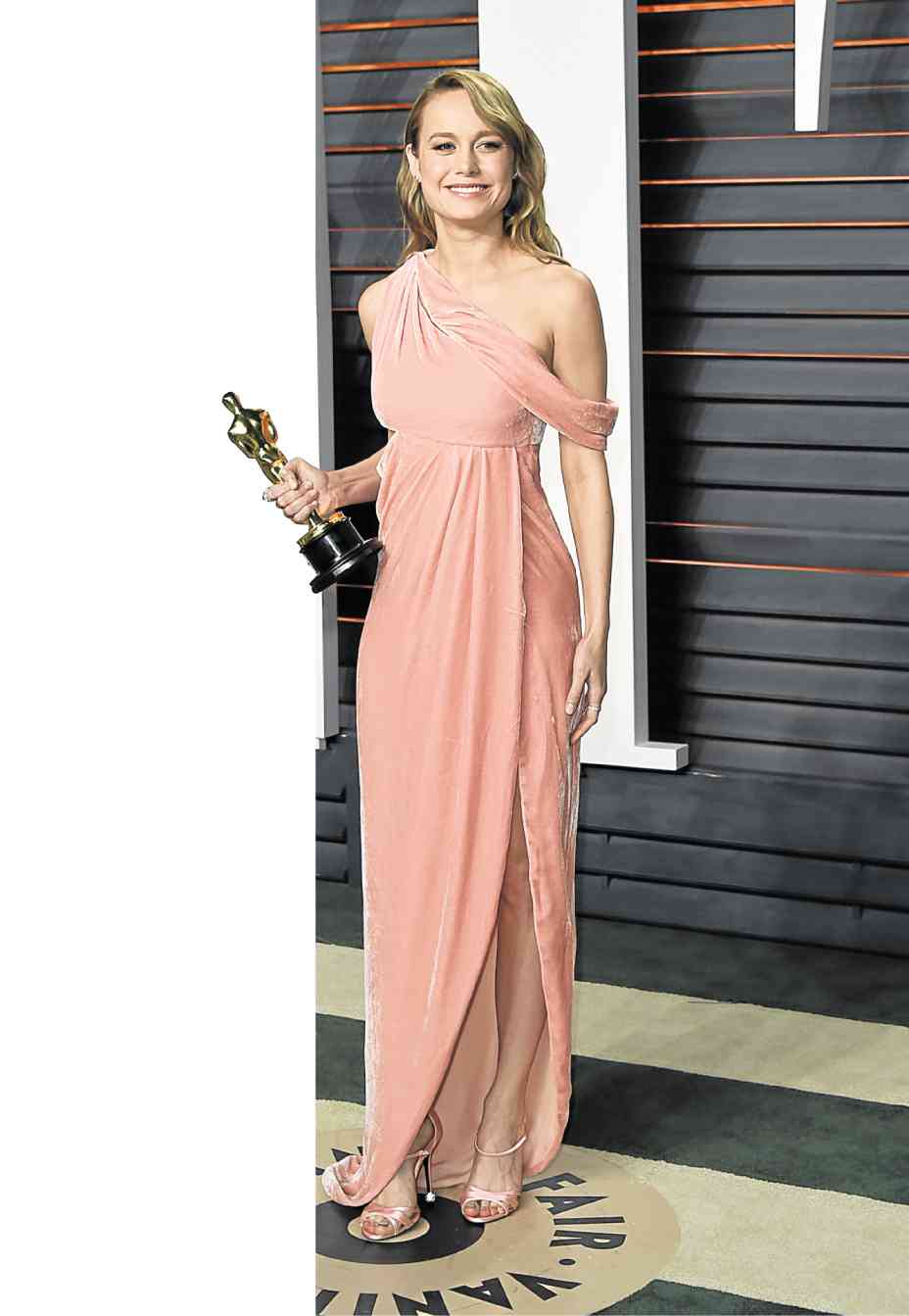 BRIE Larson. FROM TUTU TO TOGA

A second outfit after the Oscars

The 88th Academy Awards was a three-hour-long extravaganza that bordered on boring and lackluster for TV viewers. Celebrities, however, were starving, and their outfits were being judged by social media as hits or misses. One’s composure and patience ran ragged, as their mobile phones announced who nailed it and who failed it.

But who really cares, because as soon as the credits rolled up, best actress Brie Larson ditched her blue gown and slipped into a pink stretch velvet house dress and dirty Chuck Taylor sneakers for the Vanity Fair party, where she gorged on a cheeseburger at the In-N-Out stand.

At the Basil Walter-designed party space, Sofia Vergara, Lady Gaga and Heidi Klum all did a quick change. They relish being in the worst dressed list. It’s better to be looked over than to be overlooked.

—comfortable yet sexy—as they were all headed to the Vanity Fair after-party.

This year’s bash, now the magazine’s 22nd, took place at the Wallis Annenberg Center for the Performing Arts in Beverly Hills, with Vanity Fair editor Graydon Carter hosting. While the glossy publication threw a number of pre-Academy Awards events, the Oscars night affair is always the biggest and best of them all.

By 3 a.m., most of the A-list celebs headed for the Gucci-sponsored “Material Girl” party (minus supposed host Madonna, who was on tour) in Hollywood Hills. At 5 a.m., the artista elite trooped to George Clooney’s for the best Bloody Mary to curb that hangover.

Which outfit made the cut for being sexy and comfy? Fit and fabulous was the sure winner. As the sun rose, the Hollywood elite returned to roost, happy in their own skin. Did the bodyguard get back the major jewelry?