Stars, guitars and studs–these luxury bags are made to rock and roll | Inquirer Lifestyle ❮ ❯ 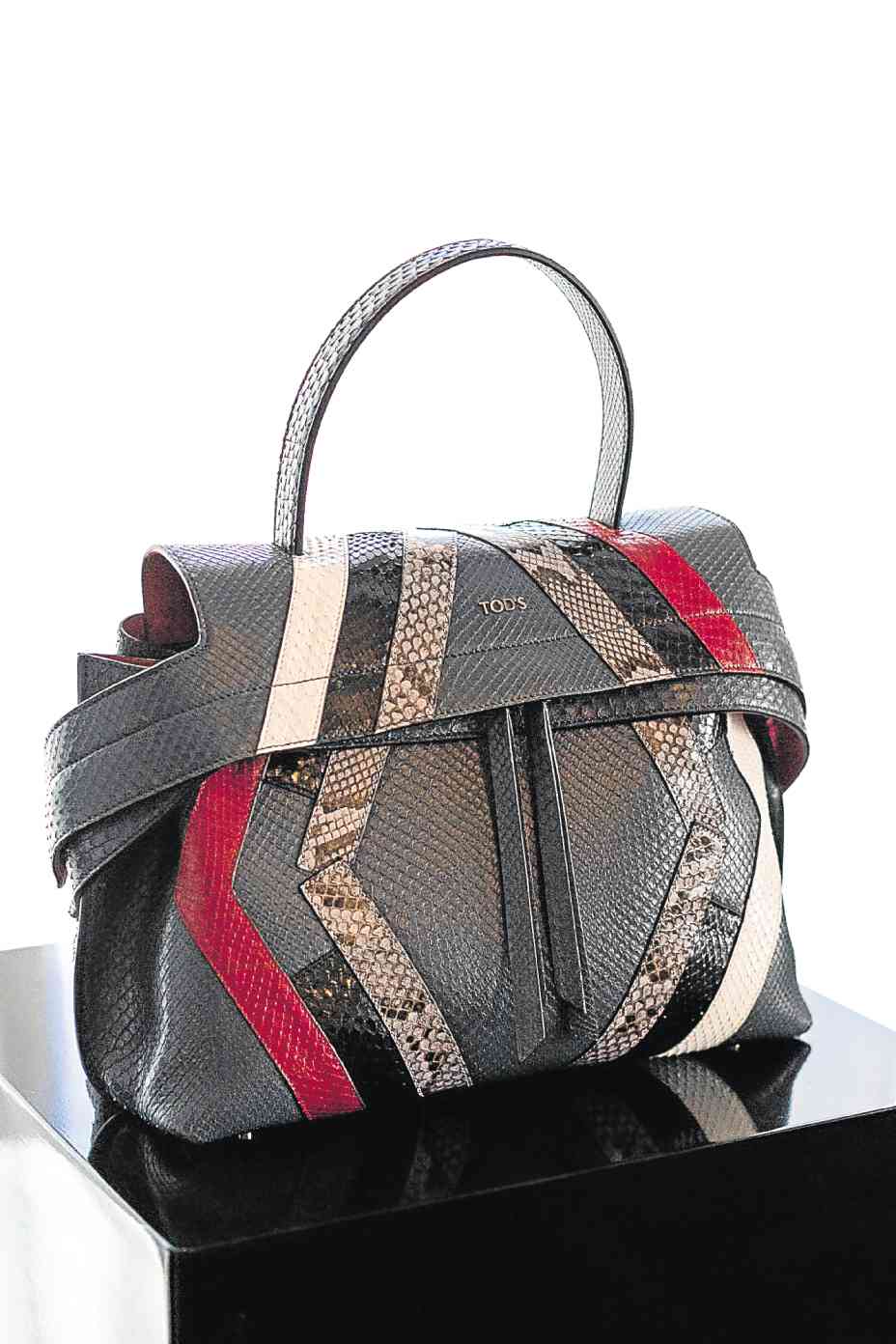 Stars, guitars and studs–these luxury bags are made to rock and roll

For its Spring-Summer 2016 collection, Italian luxury brand Tod’s draws inspiration from rock ‘n’ roll to produce new versions and sizes of last season’s Wave Bag and introduce new styles, such as the Double T line of bags and shoes for women.

For its men’s collection, Tod’s is influenced by the visual arts to produce classic moccasins and sneakers with painterly details. The brand has also introduced the Leo Clamp, a metal feature now found in its trademark Gommino shoes.

In a recent fashion presentation in Manila, representatives from Tod’s regional office in Hong Kong presented the brand’s current collection, with its latest promotional campaign featuring accomplished men and women in various fields.

Apart from a few men’s and women’s separates, the focus was on Tod’s shoes and bags, since the brand sells only leather accessories in the Philippines.

The popular Wave Bag now comes in various sizes and makes, including a mix of calf leather and python done in cool metallic shades. While the largest variant is ideal for work, the small Wave Bag, especially in metallic, is perfect for evening events.

Tod’s is also introducing Wave Bags with such details as woven and laser-cut, three-dimensional and origami-inspired fringes.

Thanks to the Wave collection’s multilayered quality, Tod’s accessories designers were able to incorporate gray, white and black, for instance, in one bag. Unlike many designer bags, the Wave Bag remains surprisingly light despite all those details.

Apart from a pair of metal Ts, the Double T bag collection is noteworthy for incorporating small beaded metallic embellishments drawn from rock ‘n’ roll such as stars, guitars, guitar picks and studs. By incorporating leather in various colors and patterns, certain styles have achieved a polished patchwork quality.

Adding to the Double T bag’s rock ‘n’ roll vibe is a shoulder strap resembling that of a guitar’s. The bag collection comes in rectangular and half-moon shapes.

With painter Mark Rothko as inspiration, Tod’s accessories designers have produced men’s white leisure shoes with painterly details in such summery shades as ochre, dusty orange and teal. The details are also found in small leather accessories such as wallets and cardholders.

For the busy executive, Tod’s offers a new line of briefcases dubbed as the Eight Bag. As its name implies, it comes with eight handy and roomy pockets—two on the outside, six inside. Unlike most briefcases, the Eight Bag, in black and royal blue, has wide zipped-up openings.

Apart from the Leo Clam line of moccasins and loafers, Tod’s has introduced a fresh take on the classic Top Siders with its line of Marlin Hyannisport-style deck shoes. Whether in leather or in gamuza, such classic slip-ons should be in every stylish and outdoorsy man’s wardrobe this summer.

Tod’s is exclusively distributed in the Philippines by Stores Specialists, Inc. Visit its stores at Greenbelt 4 and Rustan’s Shangri-La.