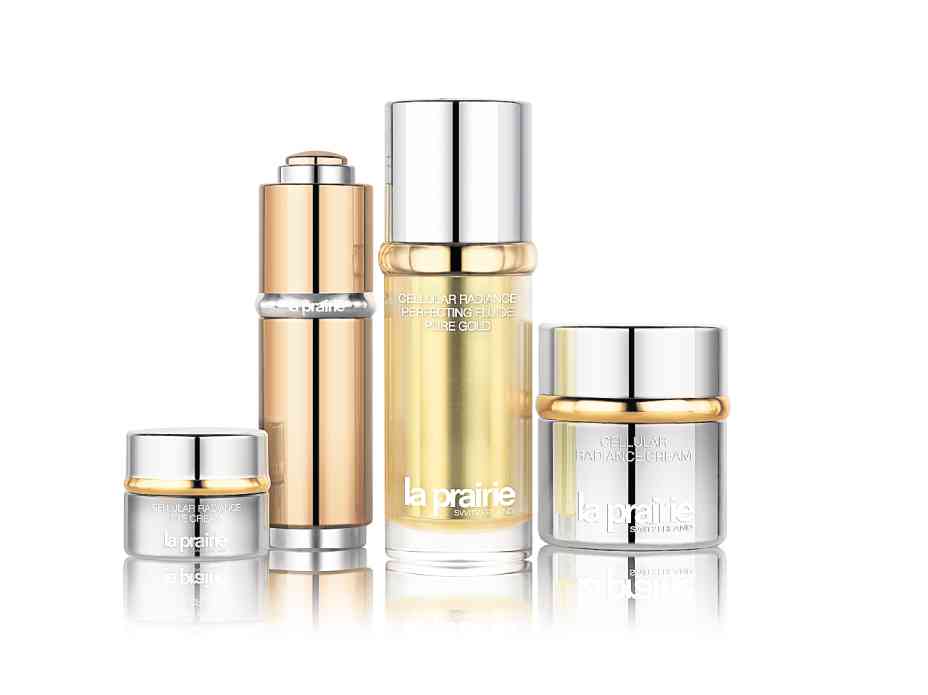 The gold standard for youthful skin–literally

Tales claiming the efficacy of gold in skincare go as far back as Cleopatra, ancient Egypt and ancient Rome.

They may all be apocryphal, however, considering there are no published modern scientific and medical studies to support these stories. It seems they’re mere mythical accounts repeated over and over to sell creams and potions containing particles of the precious metal.

But for luxury skincare company La Prairie, the 10-year success of its Radiance Collection, a line of serums and creams infused with pure gold, is proof enough that the prized yellow substance does live up to its promise: that gold can restore skin’s youthful texture and revitalize its appearance.

La Prairie’s claim was underscored once more in the recent launch of the newest addition to this golden skincare line: the Cellular Radiance Perfecting Fluide Pure Gold, a result of the Swiss firm’s proprietary study dubbed “gold-science platform.”

Cellular Radiance Perfecting Fluide Pure Gold is a moisturizer, treatment and makeup base in one, containing a golden peptide that boosts the production of collagen, the protein that gives structure to the skin.

This pure-gold peptide is blended with the extract from the Lotus japonicus plant, which is claimed to lighten and even out skin tone, and is widely used in food and cosmetics in Asia.

This exclusive formula is paired with La Prairie’s proprietary cellular complex that is said to renew and revitalize cells for a youthful appearance.

For an opulent cosmetic effect, Cellular Radiance Perfecting Fluide Pure Gold has light-reflecting pure-gold powder particles suspended in colloidal gel, giving the skin a radiant, lit-from-within glow. La Prairie seems to be saying, gold is as stunning suspended on your skin as it is hanging from your neck or earlobes.

Beauty this lavish comes with a price. At approximately P27,000 per 40-ml bottle, Cellular Radiance Perfecting Fluide Pure Gold costs nearly as much as the price of gold itself.

La Prairie is available exclusively at Rustan’s The Beauty Source.