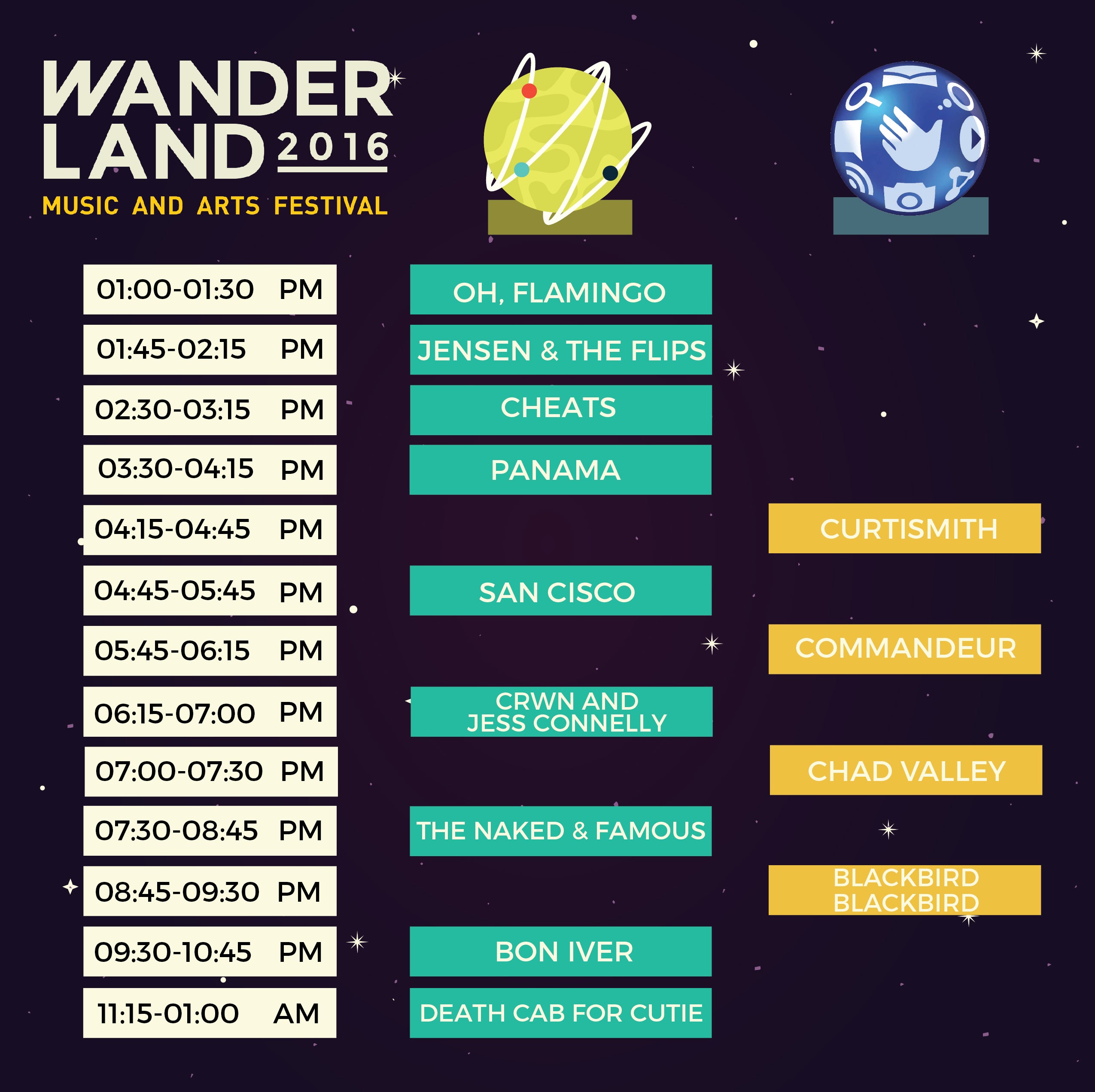 Your Super guide to Wanderland 2016

First, the details. As the fourth installment in Karpos Multimedia’s annual indie music and arts festival, the space-themed Wanderland 2016 brings in Death Cab for Cutie, Bon Iver, The Naked and Famous, San Cisco and other buzzworthy artists, both local and foreign, for 12 hours of music.

The event will be held tomorrow, March 5, at the Globe Circuit Events Ground (formerly the Sta. Ana racetrack) in Makati City. Gates open at exactly 12 p.m. and a no-reentry policy will be enforced. Tickets will be exchanged for radio frequency identification wristbands upon entrance. Wanderer (regular) tickets are still available at SM Tickets for P5,160 each.

The payment system. As it is a cashless-system event, food, drinks and merch can be purchased via Wandertap, an easy reloading scheme that comes with each attendee’s wristband. Concertgoers can exchange their cash for near-field communication wristband load at stations within the festival grounds. The minimum load requirement is P50. Onsite merch includes Wanderland 2016

The perks. Star wristband wearers can exchange their two drink coupons (enclosed in the kit they have purchased) for complimentary refreshments at the Supernova Lounge. Other benefits for Star Wanderers include a priority lane and access to the VIP restroom.

The sights. While waiting for their favorite artists to hit the stage, attendees can take part in the Space Mission within the event grounds. They can get the chance to win tickets to Wanderland 2017 by participating in activities at certain sites, such as The Black Hole, Zorbit and Globe Galaxy. Once the mission has been completed, the attendee can put the stub in a drop box at the Art Zone. They can also visit the various booths and installations to win prizes onsite, like a brand-new mobile phone and Wanderland Monster plushies. Follow Wanderland 2016 on social media for surprise giveaways and contests on the day itself.

The sounds. Last but not least, the playtime schedule is posted here and on the Wanderland Facebook page. According to Karpos Multimedia’s Stephanie Uy, the bands will not be limited to the usual festival set times; the headliners will be performing full sets lasting about an hour and 15 to 45 minutes each. The music fest kicks off with Oh, Flamingo’s 30-minute set at 1 p.m. and ends with Death Cab for Cutie, whose full set starts at 11:15 p.m.

MeBackToWanderland photos,” Uy said. There’s also the addition of a second stage, called the Globe stage, where solo acts Curtismith, Chad Valley, Commandeur and Blackbird Blackbird will be performing in between the sets of artists from the main stage.

Artists will actually be roaming the festival grounds, so be sure to keep an eye out for your favorites.

As for the unpredictable weather, it might be best to bring umbrellas, mats or towels in case it rains. Uy added: “Wanderers find fun anytime, anywhere and anyhow. Wanderland doesn’t stop, rain or shine!” 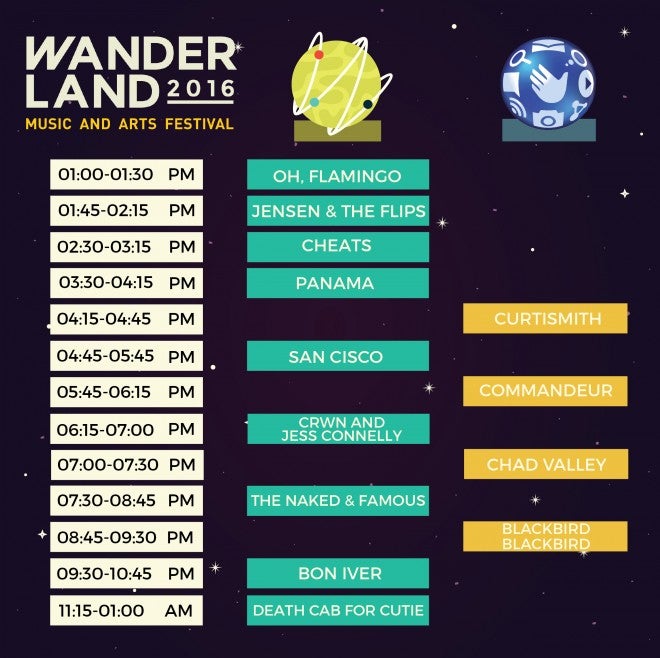