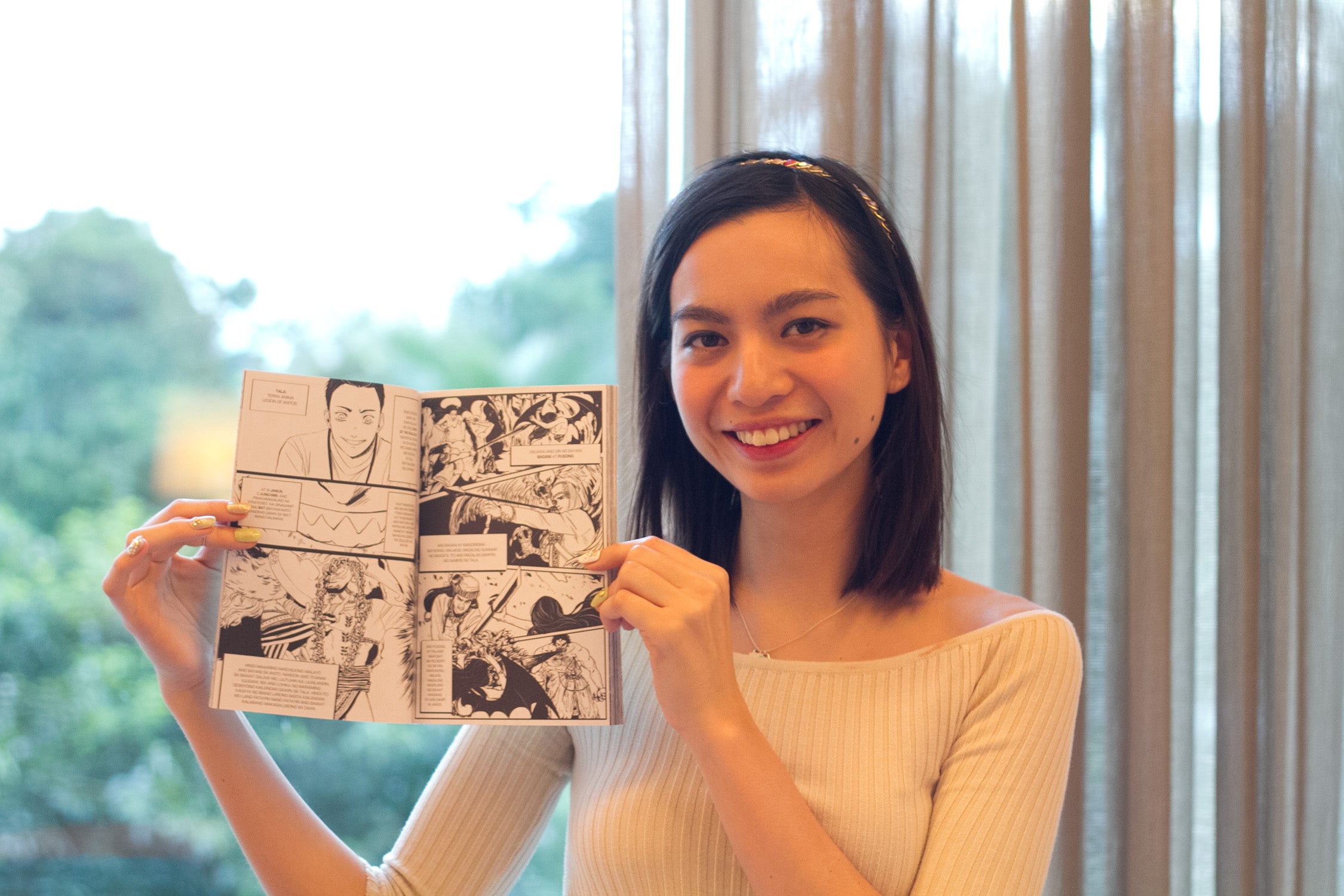 For Inquirer To Be You contributing artist Natasha Ringor, illustrating the comic book “Janus Silang at ang Tiyanak ng Tabon” was serendipitous.

A 24-year-old alumna of Ateneo de Manila University, Ringor was tapped to be the illustrator for her own distinct style.

Anino Comics managing editor Carljoe Javier wanted to do a Filipino manga-style comic adaptation of the popular fantasy young adult novel when he thought of Ringor.

“I believe she could design some really creepy things given that framework,” said Javier, “and what we were going for was to depict classic monsters in a very different style.”

Javier and Ringor have worked previously on “Candido’s Apocalypse,” an adaptation of the classic story of the same title by National Artist for Literature Nick Joaquin.

“She can do good work on adaptation. She’s very good at putting images on the page,” added Javier.

Contrary to her rich, colorful illustrations for To Be You, Ringor produced darker works on “Janus Silang,” though her style is still evident throughout the book.

Written by Edgar Samar, it tells the story of Janus, a typical high school boy addicted to an online game called Tala. One night, while playing Tala in a computer shop, Janus finds the other players dead. He tries to piece together how he became the lone survivor of the killings.

Javier wanted the comic book’s art to be in manga Pinoy style since the novel delves into Filipino folklore whose characters include the manananggal, tiyanak and sigbin.

“If you walk around Komikon there’s a lot of manga style, but the stories they are telling aren’t Filipino. I felt ‘Janus Silang’ is a very Filipino story that we could express using the distinct style of manga,” said Javier.

But a comic book adaptation posed a great challenge because it must offer a different reading experience from the novel. It has to follow the medium, which means less words and more graphic art.

“Janus has a lot of internal monologues and flashbacks, and those are very hard to draw because you don’t want to get too wordy as much as possible. I wanted to show the expression, how surroundings look, because there is a lot of pressure on Janus [throughout the story],” said Ringor.

The process of making the comic book gave Ringor creative freedom. She first drew the storyboard and then Javier followed with the script.

“[It’s not the standard process] where there’s a script and they dictate what happens in this panel. It was more like I was free to draw the pages,” she said.

The recurring theme of the “dila ng manananggal” that runs across the page, and which symbolizes danger, has endeared itself to both Ringor and Javier.

“It’s like you’re watching a movie and then when something bad is going to happen there’s this specific musical cue,” Javier noted.

The illustrations for the Tala online game are also relatable because the heroes and characters are Filipino. There’s the bagani (tribal warrior), diwata (fairy), pusung (wise man) among others. Ringor merged the style of online role-playing games (RPG) and the ancient Filipino heroes and demons.

“It’s Filipino yet RPG with abs. I like abs,” she said with a giggle.

“Janus Silang” was launched last November at Komikon. Ringor and Javier are currently working on a new comic book about the first all-girls basketball team in the Philippines.

“I was playing around with the idea because I read a historical background of the first team in the Philippines,” said Ringor. “They brought basketball here for girls for physical education and I thought that was a cute idea. I wanted to make my own basketball team with the members playing around in dresses.”