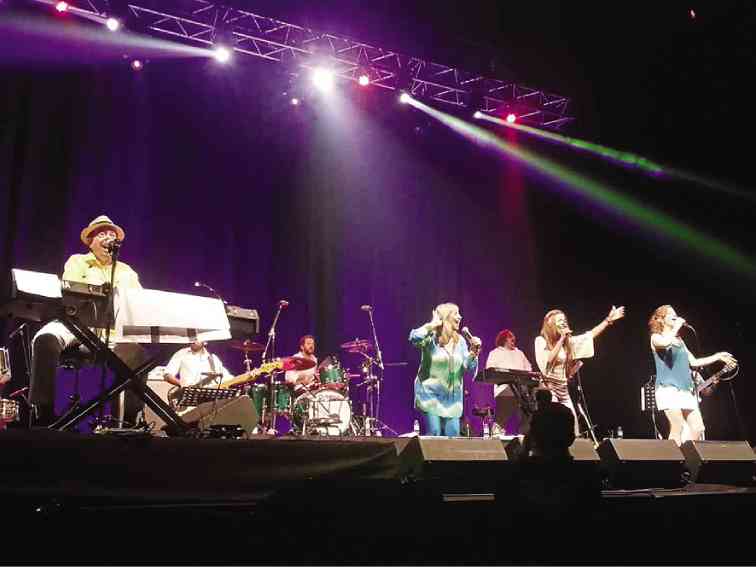 Fifty years since Sergio Mendes gained worldwide fame with his then group, Brasil ’66, the bossa nova musician has been booked by the Araneta Group to celebrate the milestone with a concert on March 12 at Smart Araneta Coliseum.

Mendes has played in Manila a number of times, the most recent was in November two years ago, also at the Big Dome—which drew a fair-size audience including prominent personalities in business, show biz, media and government.

Here’s The Nightlife’s report on that show, published Nov. 23, 2014: “[Mendes’] renditions of ‘Pretty World,’ ‘Waters of March,’ ‘Girl from Ipanema,’  ‘Fool on the Hill,’ ‘Going Out of My Head,’ along with ‘Agua de Beber,’ ‘Magalenha,’ ‘Chega de Saudade’ and other classics in their original Portuguese versions, drew loud applause.

“The audience enjoyed every minute of the show, especially when Mendes called his guest singers such as rapper H20 and balladeer Joe Pizzulo.

“By the time the band launched into Mendes’ signature song, the samba hit ‘Mas Que Nada,’ some people on the front rows had stood up to dance. Spotted on the first row were Jorge Araneta and wife Stella, with Megaworld chair Andrew Tan and wife Katherine.

“Not far from them, [bowling legend] Paeng Nepomuceno and wife Pinky had also started dancing, prompting Baby Araneta-Fores to join them.

“Mendes was playing more songs for his encore when the house lights went up, showing [President] Aquino and company on their feet, clapping along to the festive samba beat.”

For his March 12 gig, the venue will have a more intimate setup that would limit seats to the VIP, Patron, Lower Box and Upper Box A sections.

As a promotional offer, you can get free tickets to the concert if you book a room at the newly built Novotel beside the Big Dome.

Not a boy band

On the same night of Mendes’ concert, the young Australian band 5 Seconds of Summer (5SOS) will perform at the SM Mall of Asia (MOA) Arena.

Tickets to this concert “sold out in an hour-and-a-half” after they went on sale last Nov. 7, promoter Rhiza Pascua of Music Management International (MMI) told Inquirer Lifestyle.

The thing about 5SOS is that its members don’t want to be lumped as another boy band, because they “write their own songs, play their own instruments, and are not primarily a dance group.”

In any case, the group gained a wider following when it joined One Direction on tour. (Both groups are handled by the London-based Modest Management.)

Asked if MMI would consider selling SRO tickets on concert day, Pascua said she’s “still thinking about it” and whether MOA Arena would agree.