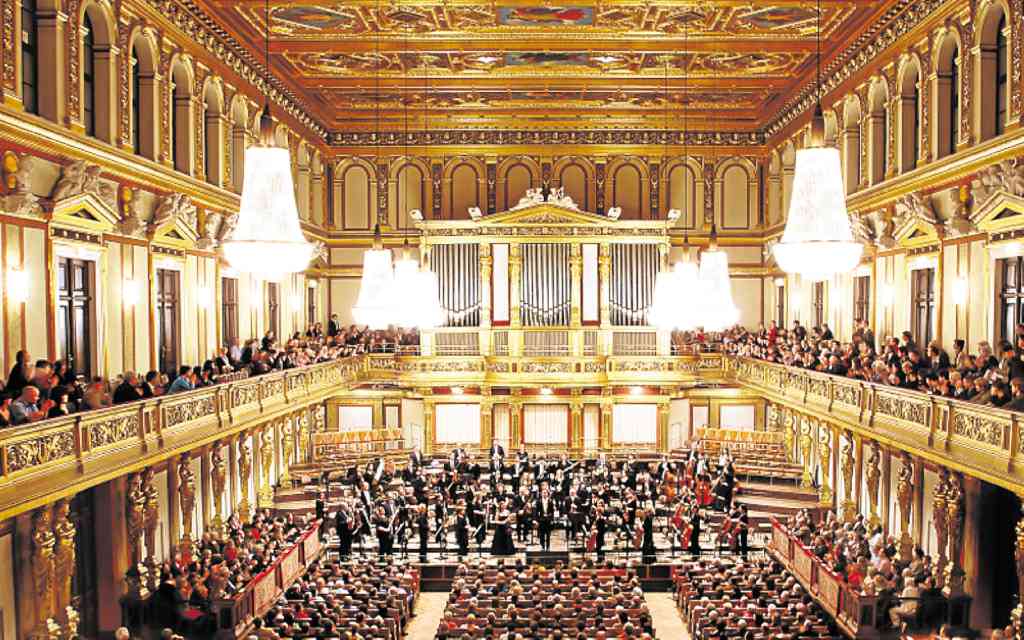 THE Vienna spring concert scheduled on Saturday will evoke the Musikverein in Vienna. WWW.MUSIKVEREIN.AT

Makati Rotarians to celebrate anniversary with a Viennese concert

FOR HALF a century now, the Rotary Club of Makati (RCM) has sustained humanitarian programs in line with Rotary International’s main objective of serving the community.

Founded on March 12, 1966, the largest and oldest chapter of Rotary in the Philippines has helped nurse undernourished children back to health, built public libraries, helped revive dying forests and provided free surgical interventions for needy patients, among other services.

The Air Quality and Monitoring System, spearheaded by real estate developer and Rotary Makati’s current president Eduardo “Eddie” Yap, is a milestone project, as this is the group’s first in environment protection.

The project aims to build public awareness, spur government action to implement the Clean Air Act, and mobilize private group and non-governmental organizations to support the fight against air pollution.

To celebrate the group’s anniversary, RCM is holding an invitational “A Vienna Spring Concert” on March 12 at the Grand Ballroom of Shangri-La at the Fort.

Yap conceptualized the concert tapping the Philippine Philharmonic Orchestra, soprano Rachelle Gerodias and baritone Park Byeong-in, for a repertoire of songs and waltzes.

A passionate fan of classical music and the opera, Yap traveled with his wife Dellie and another couple to Australia a few years ago mainly to watch Dutch violinist André Rieu perform.

“Rieu is a flamboyant performer and he did not disappoint. Even if we were only able to get seats in the bleachers—tickets were sold out months before the concert—we were treated to a spectacular performance,” he said.

The stage at Melbourne’s Telstra Dome had a life-size reproduction of Vienna’s cream and orange Schönbrunn Castle. There were giant candelabras, cascading fountains and two 600-meter ice rinks where dancers performed on skates.

“It was a fabulous sight, one that the couple we were with really enjoyed even if they admitted to not being big classical music fans,” Yap said.

If Rieu billed his show as “a romantic Viennese night,” Yap said the spring concert on Saturday will have an “opera house ambiance,” with a program consisting of popular classical music, familiar arias and elegant waltzes.

“The concert will celebrate spring and its promise of regeneration,” he said.

It will open with Rossini’s “La gazza ladra Overture (The Thieving Magpie)” that the audience might recognize as it was used in Stanley Kubrick’s movie “A Clockwork Orange.”

Waltzes by Strauss and Lehar will follow as well as a performance of “Voices of Spring” by young aspiring artist Stefanie Quintin.

“‘Voices of Spring’ is a mainstay of Vienna concerts as its swirling melodies conjure visions of the season. Stefanie will delight with her interpretation of this elaborately ornamented song,” Yap said.

Gerodias will perform Lehar’s vocally challenging solo “Meine Lippen, Sie Kussen so Heiss (My Lips, They Kiss so Hot)” and “Quando m’en vo (When I Walk All Alone)” from Puccini’s “La Bohème.”

Park Byeon-in will perform “Largo al Factotum (Make Way for the Best Man)” from the opera “The Barber of Seville.” They will be joined by business magnate George Yang for “Das land des Lachelns (The Land of Smiles),” which will be sung by the trio.

The culminating activity will be a series of dances performed by the officers, members, ladies and guests of RCM ending with the “Radetzky March” by Johann Strauss. Raoul J. Chee Kee